In 2017, a controversial image brought many within the photography industry to take notice of the glaring lack of guidelines governing ethical practices around image production and usage. The visual in question was of a man lying on a woman, who was described in the caption as a sex worker. The image was initially brought to notice by Benjamin Chesterton’s article’ on PetaPixel, drawing attention to how LensCulture, an online platform promoting contemporary photography and Magnum, the photo agency, used the image as a lead photograph to promote their annual photography awards. The woman in the image was identified in the caption to be 16 years-old, and thus a minor. The image then becomes a documentation of the rape and the photographer, a bystander to the crime. Once the issue gained unprecedented traction on the Internet, various questions were raised regarding the need to protect the identity of the minor, and other concomitant issues of consent. If one were to deconstruct the image, then the visual hierarchy within the photograph, evident from the photographer positioned above the couple, embodied another register of violence and propagated skewed power structures.

Another photograph by the same photographer was subsequently found, which brought questions of authenticity and agency back into discussion. This image deployed digital photographic manipulation and introduced a new subject within the frame through cloning and montaging. Even though such techniques are very often used in photographic practice today, this particular image was portrayed as documentation of an actual incident, the caption not making any allusions to the fact that one of the subjects was inserted from another photograph. It was later discovered that the cloned section of the image was taken from an earlier photograph from Mary Ellen Mark’s Falkland Road series, published in 1978. This last revelation, bringing up issues of plagiarism, was the final straw in a series of repeated offences by the same photographer, and it brought to the fore debates about permissible limits of `modifications’ one may apply to images that claimlappear to represent the ‘real’.

Through various discussions, on and offline, the majority of the emphasis was on the particular workings of one photographer, with TIME magazine’s web portal, TIME.com, running an account of his apology and explanation for his error ofjudgment. To me, the incident was a sign of how photography as an industry, very often dealing with subjects and themes that are personal, and politically sensitive, rarely initiates or engages in discussions on the boundaries within which practitioners, editors, and publishers should operate. Of the many disparate discussions, there was a consensus on the need for ideation and assessment of a code of ethics and principles, which may provide the foundation for those engaged with the medium of photography to rely on. Given the subjective nature of the medium, this would provide the necessary base, beyond which intuition and conscience — individual or collective —would determine the final outcome.

For many contemporary practitioners within India and South Asia, photography education has largely been a self-generative exercise fashioned entirely through self-taught initiatives. Though new formats and avenues of dissemination are on the rise, in the absence of adequate institutional frameworks with comprehensive courses on photography, a majority of photographers take recourse to independent workshops or semester-long photography courses as a part of their degrees in history, art, design or journalism. With mostly short-term courses available, the emphasis is largely on techniques of storytelling and narrativisation or editorial practices which draw on the hermeneutic capacity of an image. Only a few existing courses focus on the history of the medium and its interaction with other art forms such as cinema, literature or new media (and much of the emphasis of this Student Issue draws attention to it). Especially post the digital revolution, at the turn of the century, with images saturating every discourse —whether in media, culture, arts etc, the university or classroom can enlarge its mandates of debate andlor dissent, especially around issues concerning politics, consent, appropriation, and unseen power dynamics at play in the mass distributedlconsumed image.

In such a situation, where a majority of practitioners have been trained informally, decisions surrounding the production, publication and dissemination of works meeting ethical standards have become an intuitive, if not experiential exercise rather than driven by certain predetermined guidelines. With the coming of the digital revolution there also came a moment of encountering a new frontier in which the image could morph with successive layers being added to its original state. However, it is therein that lies the challenge —with technology easily available at our disposal, how do new practitioners make informed decisions about application and context? How does an emerging photographer know the parameters within which to experiment, or re-interpret classical modes of the documentary, in order to find novel ways of storytelling without breaching codes of conduct?

In my role as Photo Editor of The Caravan magazine, a journal of politics and culture, decisions governing the publication of images require constant re-assessment and contextual re-readings based on the reports they are accompanying, and the fora through which they are being disseminated or showcased. With photographic work increasingly expanding beyond the classical documentary form, and the gradual decline of the traditional photojournalistic essay, photographers are employing new strategies to distinguish their work in a sea of images already available in the public domain. The pace at which images are being generated, and the large archives of images available on the Internet, it appears that most topics have been broadly covered in some form or another. The desire to rise above the din of the mainstream pushes many practitioners to explore innovative ways of telling these stories. In such a competitive scenario, the motivations for the production and possible interpretations of publishing select photographic work should be repeatedly assessed. The guidelines for a journalistic context can be very different from say, if the same work is in a gallery or festival, with a curatorial reading driven by theories of representation rather than a factual disclosure alone.

For instance, the magazine recently published the Spanish artist, Laia Abril’s body of work On Abortion, which is part of her larger series titled A History of Misogyny. The work comprises visual research undertaken as a comparative study of historical and contemporary sources. The first form in which the project was realised was an exhibition at Les Rencontres d’ Arles in July 2016, and was later published as a book in November 2017. The work is not journalistic in nature—it includes visual metaphors, reconstructions, staging and collected material in addition to traditional reportage—and so the concerns raised while devising an edit for the magazine were markedly different from those for other photo features in the magazine, which usually follow broad journalistic strains. Some of the editorial strategies that I considered were with credence to privileging the subject’s voice, furthering a cause for social justice and preserving the dignity of the subject which the narrative seeks to represent. In another case where a long form reported story on child trafficking in Silchar, Assam had to be accompanied with visuals in the magazine, I chose not to commission a photographer. For me, this is an extant problem with many media organisations that do not adhere to essential standards of encounter. Apart from falling into stereotypical representations of gender-based violence, I also had other reservations. For stories of this nature, sending a photographer out on the field for a short term assignment to ‘capture the reality on the ground’, can turn out to be a liability. Parachuting into sensitive areas with no long-term engagement, either with the place or the topic, can lead to images that lack nuance and potentially put the subjects at risk, especially in a case where children and trafficking are involved. In this case I chose to commission an illustration instead, a medium that helped to bring out key details in the story. At the same time, the abstract nature of the artist’s style and treatment allowed the visuals to be open to interpretation given their abstract nature.

With the digital revolution and the consequent ‘democratisation’ of photography, this is the most accessible photography technique and technology has ever been. The ease of making images, and the exponential rise in their numbers and usage, opens up unique scenarios for the next generation of photographers. In a time, that appears to be only the beginning of a future laden with unlimited possibilities for photography in the digital realm, the markers for assessing photographic work should consistently evolve, alongside the shifting terrains of image production and distribution. Despite the inevitable future of digital classrooms, a space needs to be carved out in and through photography education —a kind of anthropological methodology that looks and learns from interactions with subjects that are in front of the lens without making them personal targets for one’s own cultural andlor professional gains. 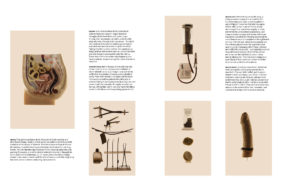