This is an Italian story of speculation, looking at the complexities of urban redevelopment and its interface with ecology.

The notion that Homo sapiens are the only living species that can change their surroundings so radically, that they too become ‘foreign’ in the very habitat they created, is the intention of this exercise. The extreme, if not dramatic environmental implications of such transformations creates a paradox of living without creating the resources to survive. This leads to an identity shift, a visual redefinition of how we condition and represent space.

Porto di Concordia (Concord Port) is a harbour under construction in Fiumicino, Rome, possibly the largest tourist harbor of Lazio region. It is an infrastructure that includes 105 acres of soil, a massive port made of cement—130,000 cubic meters no less—in an area that, according to the BasinState Authority, is at high hydrogeological risk. In November 2012, the harbour area was impounded by the magistrates due to structural deficiencies. Now the area is abandoned.

Initially, my thoughts meandered around an investigation of the changes made by man in a natural space. With the identification of this site as the place for the construction of the newport of Rome, the whole area would have been transformed by a wave of cement if it had not been seized by the judiciary. However, from the seizure till today, the area experienced a kind of temporal suspension due to the state of abandonment. The spatial co-ordinate was defined by the presence of what Gilles Clément, the French entomologist and writer, defines as ‘waste spaces’ (délaissé)—the inter-relation between nature and culture in a site-specific manner.

Time dilatation is the key phrase of this work,wherein the harbour is staged, with the useof a pinhole camera: in this way the 8 minute long exposures create a connection between experience, history and its mottled relationship with place. My act of looking or observing has developed into contemplation over time, so the ruins of cement and iron become alternative landscapes and the idea of ‘beauty’ is redefined as an ironic alteration in the aesthetics of taste.

In an extended sense, perhaps photography and decay are interlinked because there is transformation—the surface aesthetics of a photograph have changed from the print to the digital, but if digital photography and the duplicate image were compared to clones: perhaps photography can be conceived as a futuristic way of always addressing a past practice, ‘prior media’ as Marshall McLuhan, theCanadian philosopher would call it. When one considers how images fade in ones mind, there is a term used by neurologists to describe the affect of amnesia…the selective removing of images and the random display of events in our mind as ‘off topic verbosity’. Is this why photography is looking at its own history in a moment when the memory of the past 10 years is already subsumed by the production of images in a contemporary environment? Is the idea of change, always for the better? 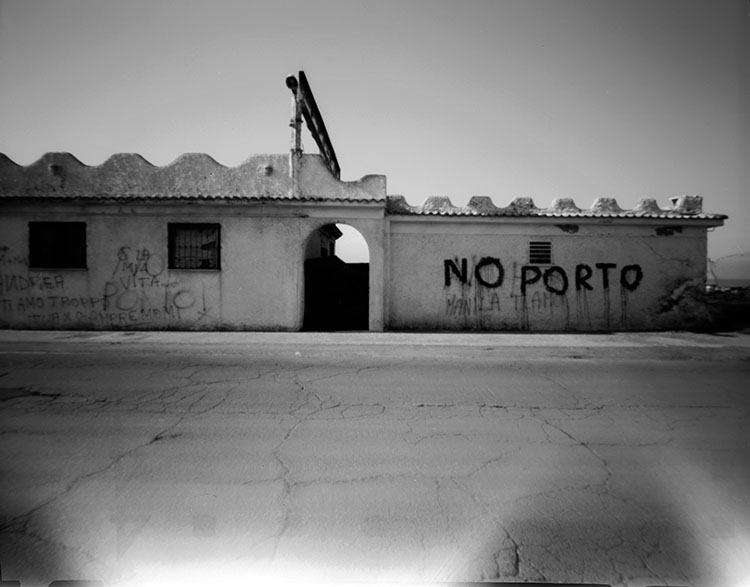 “No Porto.” The area allocated for the new port should have made it the largest tourist harbour in the region. 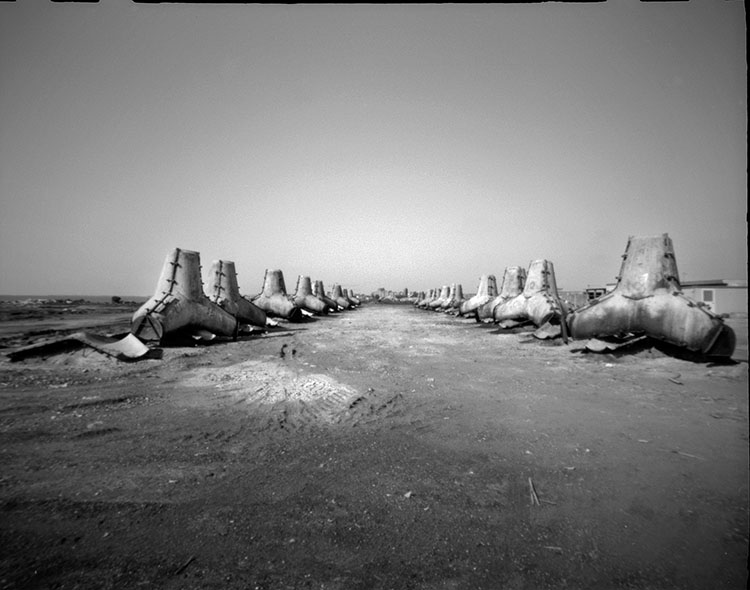 The iron fronts lie abandoned at the new port.

According to the new harbour project, along with the port there should have been a wide range of business services created to redevelop the area.

An old disused restaurant on the beach. 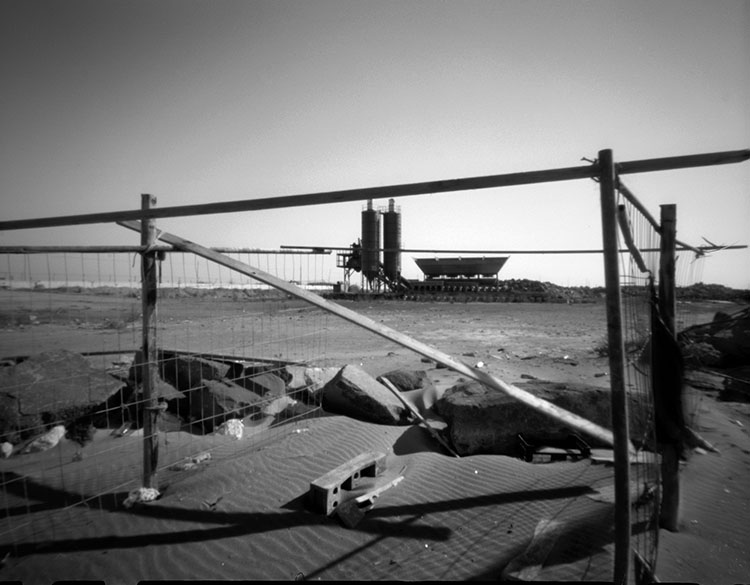 The fence blocking of the port area. Currently, the beach is inaccessible. 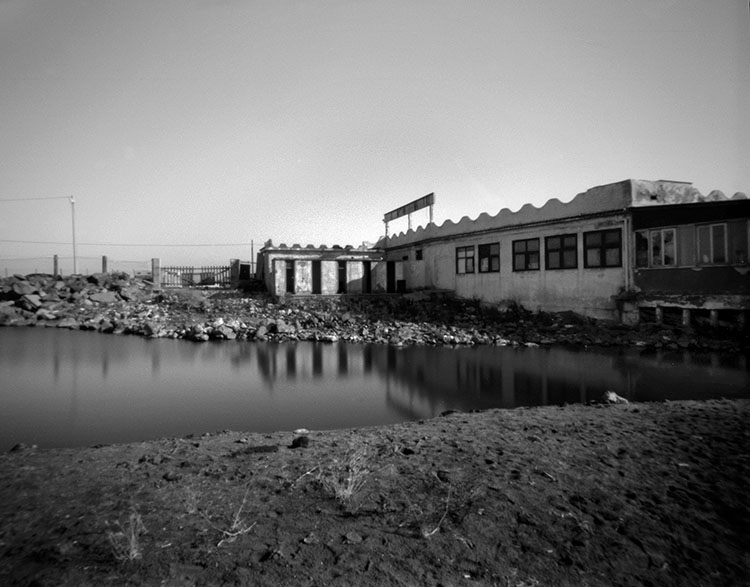 The zone adjacent to the new port is important because of the rare species of flora and prairie vegetation growing on it. 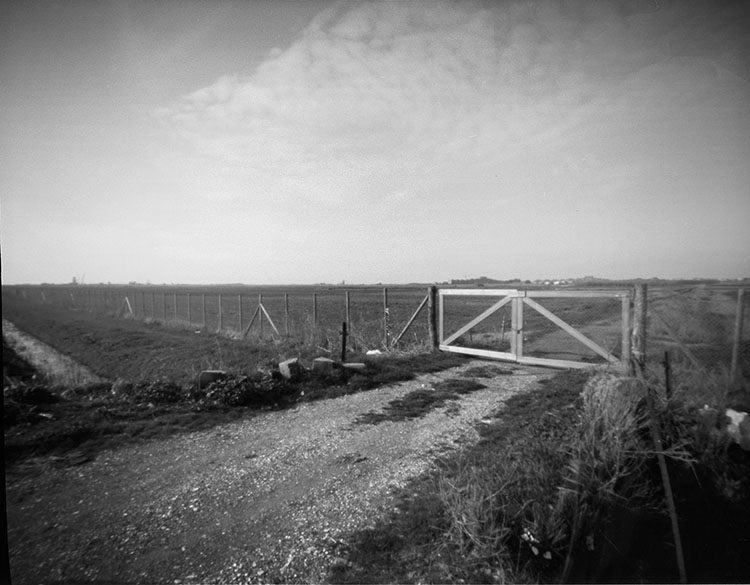 Abandoned cabins of the beach resort. 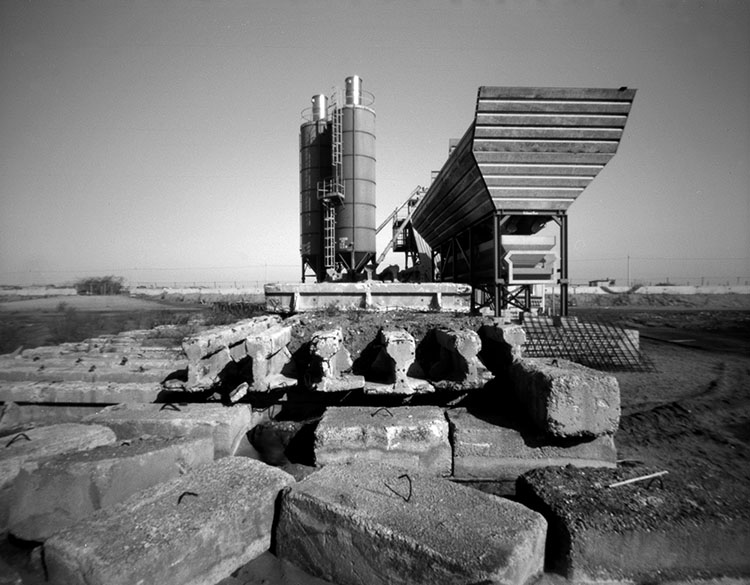 The area of the seized construction site. 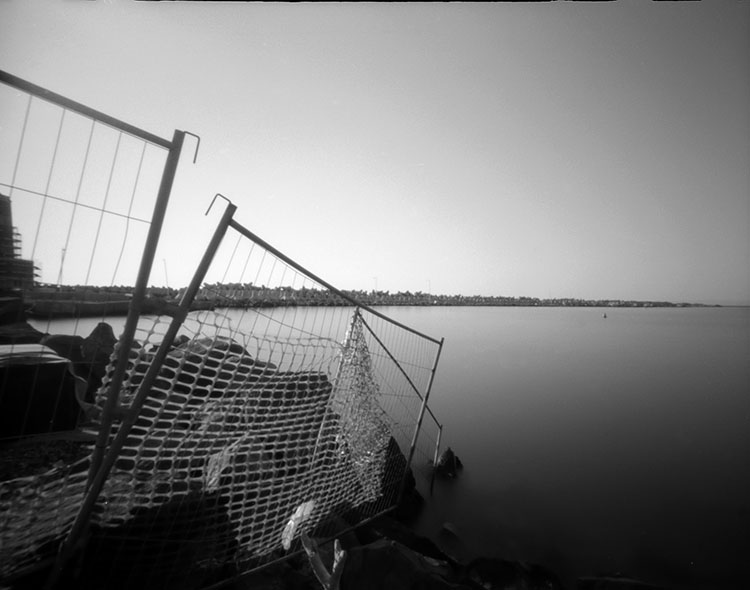 The ruins of cement and iron become a new landscape. 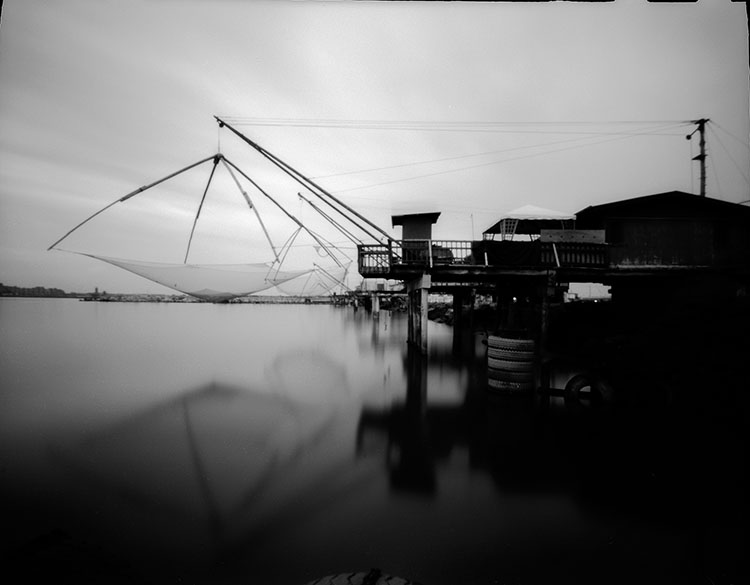 Bilancioni, the palafittes for fishing in Fiumicino, one of which was occupied and refitted by an anti-harbour committee.