Silence, in Respect of an Outcry

An immaculate and surreal world is created by Ata Mohammadi, arrived at through a complex juxtaposition of objects of the ‘everyday’. Each frame illustrates a story that has been fabricated through contrast. Though the individual entities within the image are suffused with their own meaning, the difference between the objects creates a message, a metaphor. The question is: What distinguishes Ata Mohammadi’s works from the advertising industry with its sheek communication? Do they mark a renewed quotidian reality in which regular objects can be transformed into works of art?

The stylistic manner and technical precision lend timelessness and placelessness, further emphasised by sepia tones adopted from an earlier era. On further inspection, the images make certain propositions –though advertising could be an important precedent – the sense of distinction comes from the interface between politics and an emotional temper. The sheer eye for detail in the production process, absent of any faulty technical footprints, allows us to question whether these works were infact man made, and hence the notion of a constructed reality.

The compositions explore a somber distance and realism, reminding me of the caricatures of the American illustrator, Brad Holland and the French painter, Roland Topor. The deployment of a formalistic tendency in his work leads to a pictorial style informed by the ‘objectification’ of an idea, wherein the work represents a larger thought – a social statement about nature,  as much as it is about materiality. The ironical twist in meaning challenges stereotypes or clichés through a mannerist style. Is his work then a response to his environment as an insulated artist, or does it ponder a larger cultural entanglement that can be read across the board? Is his specific social conditioning leading to a unique language? As an Iranian artist with many restrictions to showcase work in the public sphere, Ata Mohammadi incessantly questions his surroundings not with the tools of a fine artist, namely, form and colour, but rather through a medium that is recognised for its democratic appeal and fidelity to reality.

The barbed hairbrush, a woman with a head cover whose hijab has a padlock, the hovering teapot over a toilet ewer and two pieces of a stone stitched together with needle and thread – all these instances depict a kind of opposition to the restrictive connotations that objects signify, and in doing so they become emblematic of a deeper self-expression. Historically speaking, they are an aesthetic statement, similar to the propositions of the surrealists after World War II in Europe – contradicting the empty ideologies of tyranny that curtail the freedom of expression.

For me, conflict, protest and inventiveness are the three major elements that seamlessly combine in Ata Mohammadi’s works, and this is why we must observe minutes of silence in respect of his artistic outcry.

All images from the series Repulsion, Tehran, 2012 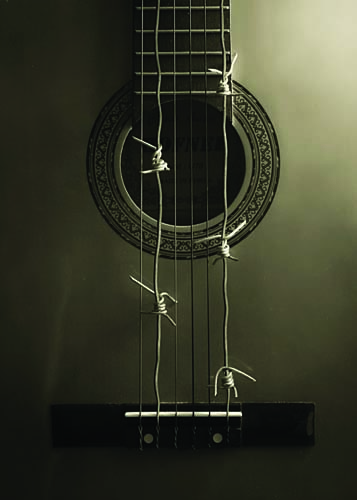 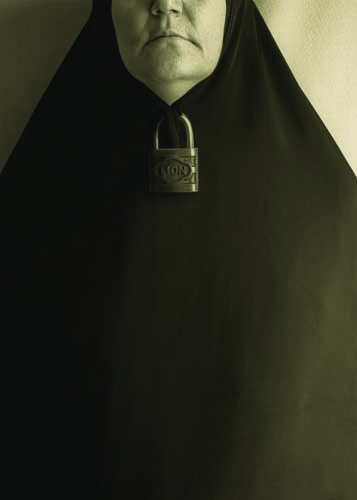 Pain as a Natural Heritage 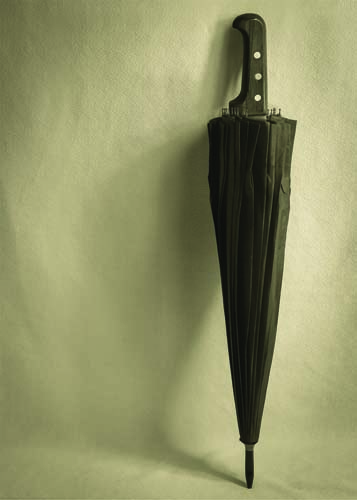 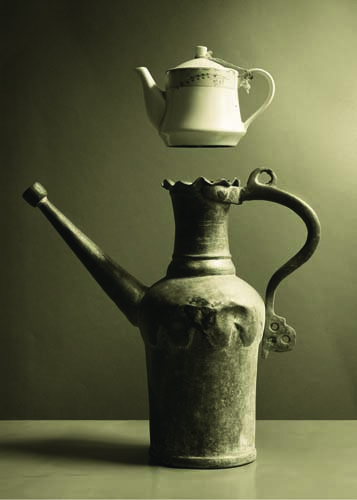 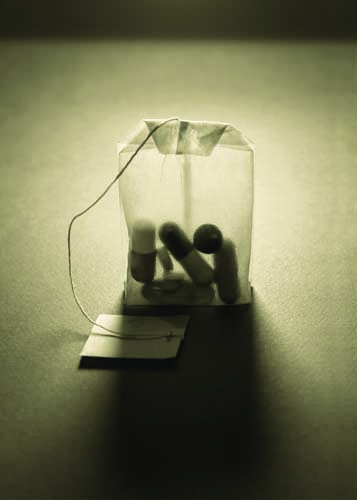