Ka Dingiei is an ongoing, fictional, photo-story that explores man’s relationship with nature in the face of rapid, un-sustainable environmental destruction. It’s a retelling of the ‘origin’ myth of the Khasi community, adapted to a modern day context.

The Khasi community of Lama Punji in Jaflong, Sylhet (Bangladesh) has a long tradition of harmonious existence with nature that is reflected strongly in their daily life, occupations and rituals.

Over the last few years, the area surrounding Lama Punji has been subject to large-scale destruction because of stone and sand mining. Entire mountains have been broken down, rivers diverted and forests wiped out. Markers of the community’s physical and mythical landscapes have disappeared.

Set in three parts, Ka Dingiei is the story of a young boy Arlangki’s quest to find the mythical Ka Dingiei —an ancient creature rumoured to have the power to restore balance in nature. To save his village, and life as they know it, Arlangki sets out on an adventure —where he learns more about his people, his land and himself.

I started working on Ka Dingiei as part of my final project while I was studying at Pathshala South Asian Media Institute, Dhaka.

Q. How has educationlmentoring changed your practice over time (perhaps you could also speak about the shift in your work towards fiction)? What were your expectations of the course or workshop you were involved with?

My engagement with visual arts began with filmmaking and design. Photography was something I discovered after a few years as a practicing filmmaker. At some point, I decided to dedicate efforts to develop a better understanding of the medium and my own practice. Coming from NID, I valued the idea of being at a school and knew that personally, it was an ‘environment’ that worked well for me.

While exploring different options of courses and institutions available, I came upon the six-month international photography programme offered by Pathshala South Asian Media Institute in Dhaka. My expectations when I joined were two fold. Having never studied photography, I wanted a foundation in the basics. Second, I wanted a space to explore what my voice could be within photography—which was the focus of the course.

Being in a school also allowed me to experiment and produce work without the pressure of that having to amount to anything. Which is important, as it allowed me take chances. I was always interested in staging photographs. I think this comes from my background in filmmaking where I’m constantly scripting, staging scenes and working with actors. Strangely, being in a photography school allowed me to embrace my filmmaking roots more completely.

Now I’ve started working in a process that’s quite amphibious. I stopped looking at photography as a bracket or niche but rather started looking at it as storytelling.

With both photography and filmmaking, I explore the possibility of narratives, work with people, and story telling.

For Ka Dingiei, my process involved writing a story, followed by a script and storyboard. The characters were cast from the community and the locations were around their village. While shooting, I’d set a frame and stage the photograph within it. However, the most magical photographs were the ones that were not entirely in my control.

I tried to develop this further in the photo-story titled Ahp that I produced during the 12th Angkor Photography Workshops. Here my process was to include a fictional character/ element in a real life situation. The elements introduced were already part of the mythical landscape of the space. The idea was to explore what happened when these stories manifest in an actual physical presence. I then created images based on the resulting interactions.

Q How do you think photography will change in the future and what will be the role of the University/Festival/Workshop?

I’m afraid I don’t have enough Knowledge to answer this question.

With both Pathshala and Angkor, the most important thing was a sense of community. Pathshala started as a school, but soon became and still is, family. It’s a place where there is great creative energy, critical engagement, and an incredible amount of support. You are safe to learn, experiment and fail. And this community is not bound by geography or time. Once you are in, it’s there with you, no matter where you go.

At Angkor, there were two important things that happened —interacting with mentors and interacting with peers. My mentors helped me address larger questions that were plaguing my practice through the work I was making there. I also got an insight into how photography as an industry functions.

As a beginner, I find the whole photography/ art scene quite intimidating and alienating. Safe places like the ones mentioned above, where honest conversation is accepted and entertained is a huge support system. To summarise, I’d say that these spaces are important for people to find their way around the photography world. It gives you 2 foot in the door and some guiding hands..

In photography courses, we’re all taught how to make work. I think what could also be helpful, is learning how to talk about our work, and learning how to consciously give it a place in various existing structures.

Once produced, our work gets shown in several different contexts and for each of them, it’s important we understand where it is they’re coming from and why they want your work there. To develop this understanding, it’s important to have a better idea of different structures and their agendas.

Several opportunities that you apply for just after school —like residencies, grants, mentorships, workshops etc… all expect you to articulate not just with images but also with words. We have to analyse our work from the lens of different theoretical practices and talk about it in a way that’s relevant to the person we’re sharing it with.

Personally, I still approach my professors for guidance each time I apply for anew opportunity —be it a grant, residency or a workshop.

All images from the series Ka Dingier Jaflong, Bangladesh, 2016 Digital 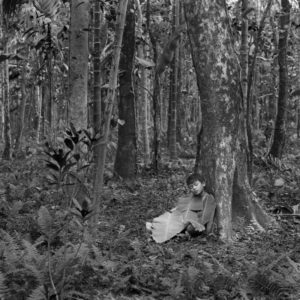 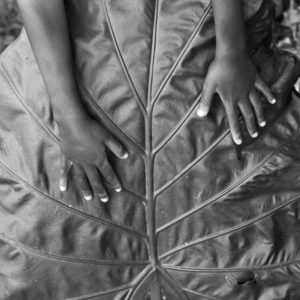 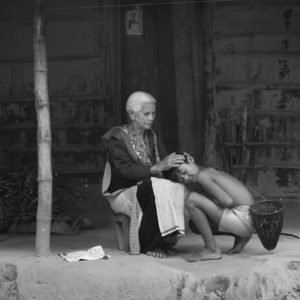 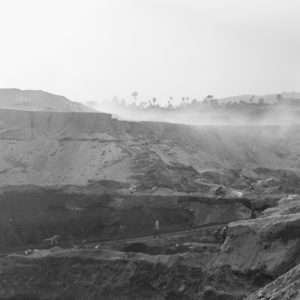 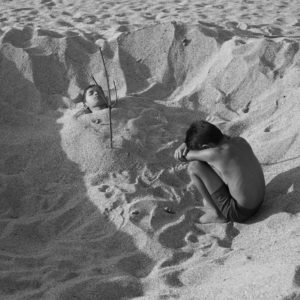