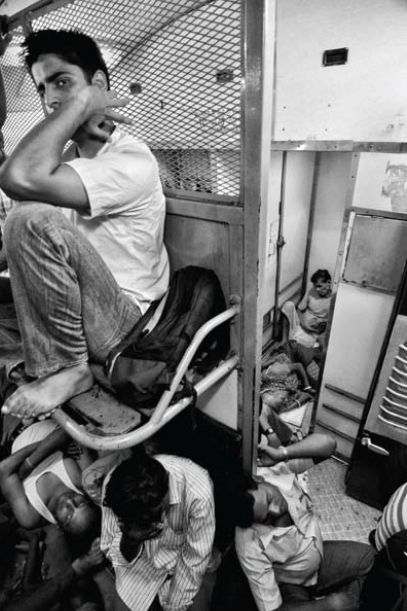 The call for submissions is addressed to those who take photographs professionally or for pleasure and would like to contribute within the frame of the desired theme. In short, professionals, amateurs and enthusiasts with a body of work may contribute.

The following photography quarterly is the first in a series supported by the Goethe- Institut/Max Mueller Bhawan, New Delhi. It will be launched in early 2011. The theme may be interpreted in any manner given there is a tangible framework or reasoning in the submission. The quarterly assures circulation in India and select outposts in S. Asia where the Goethe-Institut has a base. The quarterly will be photo- heavy, a space where 8-10 contemporary photographers will be featured in each issue, with 7-8 images each.

The following short note is geared to provide a point of view for those who wish to make submissions. In realistic terms, a suburb (lit. under city) is a geographical location away from the Centre/the metropolis, and is often, politically autonomous. Conceptually, ‘Suburbia’ is perhaps a manner of looking back at the metropolis through spaces, places and even people that represent unique cultures of existence through their interactions and daily lives. They may not reside in the ‘centre’ but pass through or near it. Images associated may be those of people, journeys, passages and relocations from one space to another, streets, objects, studios, landscapes, processions, interiors, shops and even architecture/construction. The idea that a metropolis generates hybrid places and cultures, within and often outside the frames of its control, provides for the inclusion of images of circuses, melas, housing, portraits, adhoc settlements, and even means of transportation.

Suburbia may be a physical space or even a mind space—imaginatively conceived (in case of the latter, the photographer would need to provide a brief narrative on such a notion). The images may constitute work produced in the past, but should be unpublished as far as possible. The images may be in the form of documentary images or what one may consider ‘art photography’, with constructive liberties taken using digital collaging or even a digital transformation/manipulation of the photograph.

As a second stage, the works will be accompanied by a brief text. This may be in the form of the photographer’s statement, a fictional piece or a contextual one.