While looking at any photograph, one could argue that photography is perhaps the medium that, more than any other, disembodies. Stripping the real to its bare reflection, a photograph would only provide us with a partial and muted account of a moment, an imprint of light and shapes on a sensitive film or an electronic sensor. Nothing but an amalgamation of silver halides on a two-dimensional surface, or an abstract constellation of digits.

Nevertheless, in spite of this seemingly inherent inability to reproduce the real in its wholeness, millions of photographs are produced and shared everyday; and even though the over-abundance of a product usually leads to a decrease in its relative value, or perhaps even in rendering it obsolete, I imagine that the next generations will look at our facebook albums with the same curiosity and nostalgia as we look at those of our ancestors.

Still, what does it mean to be a photographer in today’s world of Flickr and Instagram? To me, the photographer is not just the one who, consciously or not, perpetuates a collective memory by leaving behind imprints of an epoch. One actually becomes a photographer when he /she seeks to embody a message, to give tangibility to an idea through its craft by using the medium. 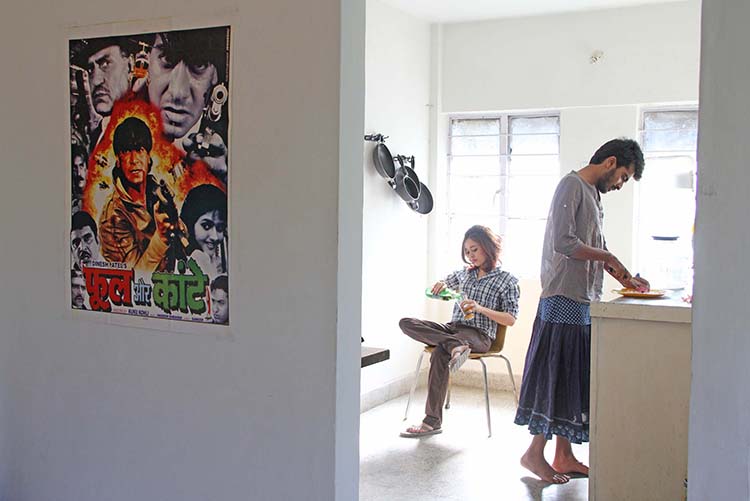 In the universe of still images, the photographer thus produces meanings in several ways, by exploring, documenting, directing, excavating, editing and shaping his trajectory through a collection of captured moments. Shooting is one potential method (certainly the most obvious one) for obtaining original material, but certainly not a sine qua non condition. Even as this unorthodox position faces scepticism from the upholders of a more ‘traditional’ thought around photography and its applications, renowned international artists like Erick Kessel or Christian Boltanski have substantially contributed to the establishment of the power and significance of works based on ‘third-party’ clicked images (or one could simply say: archives), thereby primarily positioning themselves as authors. An illustration of this approach in India can be found in the work of Mumbai-based photographer, Fabien Charuau, who somehow plunged into the grim virtual world of sex forums, from where he collated voyeuristic snapshots of women taken by men on mobile phones. The result is a daunting series that not only exposes the intricacies of the male gaze – as a form of violation but also offers us a refreshed understanding of vernacular aesthetics in the digital age. For instance, various forms of digital retouching and manipulations enacted upon these pixelated snapshots – hiding faces or marking certain body parts – are sheer interventions of the forum users who uploaded the images online, and are in many ways reminiscent of the visual lexicon one finds in broadcast media. 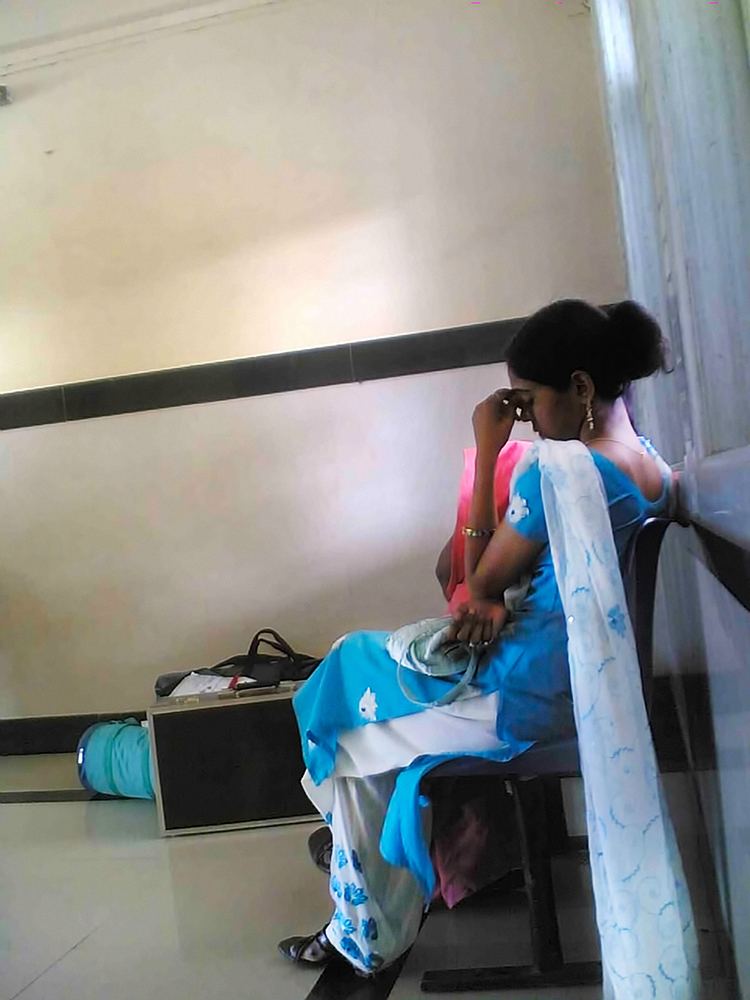 From the series Send Some Candids by Fabien Charuau Mumbai, 2011 Digital

In the case of this issue, the authors (as photographers) have responded to the theme of gender employing various working practices and rhetoric which, inspite of the shifting and overlapping nature of such categories, I would broadly distinguish as: Documentary, Nude and Performance. In the ‘documentary’ work (Gomes, Oza, Lobo, Cormier), the stories narrate rather marginal/ subaltern trajectories, seeking to empower their subjects while denouncing all forms of gender-based violence and discriminations; the photographs here stand as testimonies of the daily encounters or the perennial struggles led by an individual, a community or as a metaphor, a whole nation.

Nude imagery is also a form of approach prevalent in this issue (Iqbal, Akbar Latif, Gilliam, Kazemi, Perera & Soysa), reminding us how the body is often the privileged site of gender politics. In these contributions, the human anatomy is contorted, blurred, cropped, written upon, mapped… all sorts of artistic gestures which remove the body from the trappings of a biological function and sexuality in order to inscribe it in the realm of a collective identity and form of resistance.

As the semiotic school of thought advocates, photography is a ‘transparent’ medium, that ‘sticks to its referent’, in the sense that the fundamentally realist aesthetics of the medium as a tool drives us to mistake the representation of the object for the object alone. The visual tour de force at play here lies in the creative usage of photographic codes (blurring, framing, angle), which makes the identification of the body as a body far from immediate and easy – and which further makes us aware of the identification of the body as the body revealing the psychological process which is otherwise generally subconscious. Therefore the act of ‘looking’ at these multi-layered photographs becomes a metaphor for our understanding of gender as a dialectical movement between the given form within the photograph and the constructed notions around it.

One could observe that a similar sort of dialectic is at stake in the series that use performance as their pivotal narrative device (Arumbakkam, Antony, Shah). In these works, the viewer is directly confronted with the performativity/theatricality of gender roles, as the compliance with certain behavioural and social norms in a given context, in terms of posture, facial expressions and clothing for instance. On the other hand, the reference to mainstream Indian cinema and its visual tropes (the ‘item’, the ‘heroine’) prompts us to examine the resonant stereotypes of characters as well as the notions that express them, such as beauty or even vanity. Interestingly, more and more photographers seem to be moving in the direction of staged and performative photography, such as the duo Abhijit Patil & Pravleen Chugh, who switch costumes with each other. The result, deliberately simple and comical, is a caricatural inversion of gender roles and attributes (the ‘woman’ cooks while the ‘man’ is pouring himself a drink), then bringing to light the sheer conventionality and relativity of such roles and attributes.

Authors such as art critic Dr. Alka Pande or psychoanalyst Sudhir Kakar, who have summoned mythology (respectively the concept of Ardhanarishavara and the myth of the Devi) in their writings, remind us that the Indian civilisational idiom can offer us an extremely vast range of powerful and fluid interpretative resources to the understanding of gender or sexuality. Quite remarkably, this particular theme has led photographers within and outside South Asia to develop rather hybrid works, successfully exploring other means of expression (dance, sculpture, cinema, theatre, painting) to incarnate their messages: subverting the conventional roles and boundaries, of sexism, heteronormativity and patriarchy. Subverting finally, the popular imagery that relays those values, as well as the traditional use of the medium of photography. 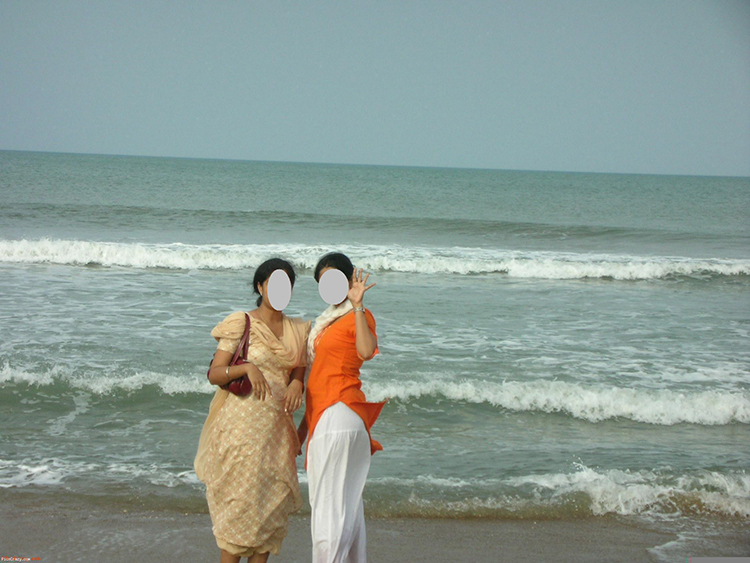 From the series Send Some Candids by Fabien Charuau Mumbai, 2011 Digital