An artist postures a woman of fair complexion facing away from the lens, professing an unmitigated gracefulness and demeanor without revealing her face; a doctor of science places electrodes on his patients, forcefully tensing the skin in an attempt to conjure emotions and diagnose their effects; a model rests her head on a table next to a mask, creating a subtle interplay of animation and lifelessness; microscopic shapes from nature are magnified and captured as silhouetted portraits shying from the lens. The early modernists of photography intimated here—Eugene Delacroix, Duchenne Du Boulogne, Karl Blossfeldt and Man Ray—used subjective means to master photography’s distinct commemoration as a new art-form. Their contributions gave shape to the discourse that today has reached an unforeseen frontier of experimentation, tinged with a view that a photograph is more than just a still image drawn from life.

This issue marks both a sense of longing and an impending arrival in the coming of a digital age of photographic art. Voices gather around and images ponder their references through a sensual and make-believe diorama in which elements are tampered, trajectories are forged, and images are made. To this extent, the digital has become coveted ground that is represented by innumerable interfaces. Routine itself has been analysed, as much as technology and media have expressed the innermost sensibilities of a generation, striving to respond, day after day. The interface is now speaking to us as much as changing the dynamics of how we approach each other: screen or no screen. Hence, the limits which photography transcends, is discernible through the means of layering and insinuation. Its objective, the reality it can never run away from are byways that will always change their course, and they seamlessly do so in this issue, unrestrained.

Every artist here stands as a compiler and engineer of his or her own reality, seeking fulfillment via a story that is propelled by an image, and at times, a concept. Practitioners of cinema such as Saumyananda seek a timeline of frames, woven as an Elegy, a tale of separation that maneuvers the power of images as memorabilia through which sounds of a ‘parting’ are amplified. In contrast, Abhijit Nandi evokes a mesmeric world of the Imaginary ‘I’, highlighting inflexions within his mind and how that translates into a new being, coming to life within the confines of his own space. The work of Adil Hasan is of static and silence, as he works within an illusory domain where the screen becomes a manifestation of life’s vapid-ness as well as its core, a sustaining and growing entity of hope.

The submissions by artists from outside India provide references for the all-pervasiveness of photography; its ubiquity and ability to traverse internationally yet situate locally, ideas that frame the photographer as a peripatetic traveler. Maja Weyermann’s images of morphed Chandigarh and the architecture of Le Corbusier create a land of stone and mortar from the ether of ideas, realms which seem to hover between the dreamlike machinations of a novel writer, and the poetic ruminations of someone able to clarify how the mind maneuvers space and time. 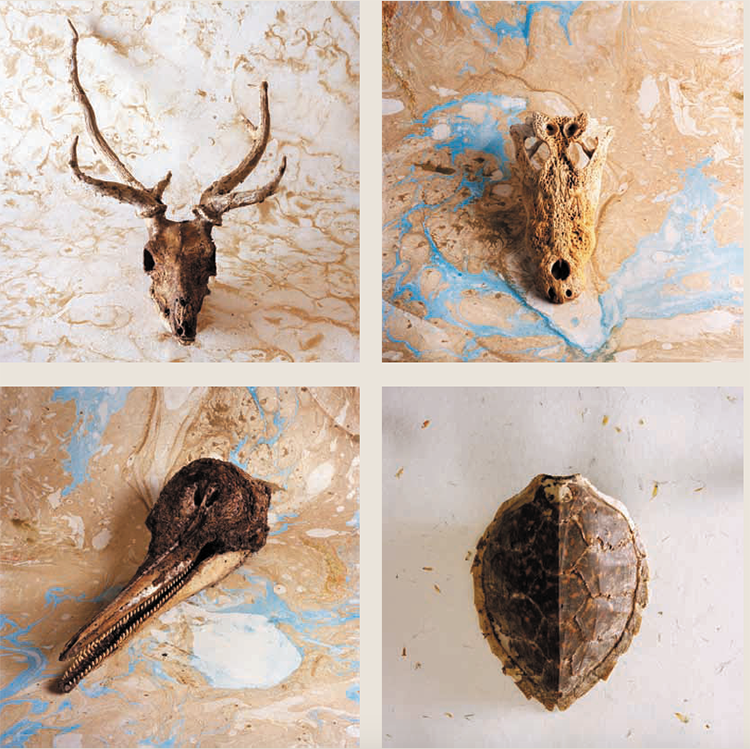 With these terms of reference, can and should we be focused on the 21st Century as a revolutionary turn for photography; or should we approach larger terms on which life itself is personified: alienation, identity and globalisation? Are these imaginary domains that guide media, or the realities that muster art? When we approach the cross-section of these, we find at heart a play with cliché, iconicity, infusion and duplicity. Here, the desires that focus this issue are means of relating how the web of our lives are continuously explored, consciously and unconsciously, subjectively and introspectively. This is the domain of art that perhaps does not subvert, but reinvents stereotypes, that plays with un-known variables to re-create alternatives.