The research for my Master’s degree about performance art in Myanmar brought me to Yangon eight years ago. I had started a blog called Myanm/art in order to build awareness in the English language about some of the trends in contemporary art here – it was a way in which to connect a researcher’s interest in the field, with practitioners, as well as those who might be curious about the art scene in general. I was also part of the very experimental, but short-lived TS1, a gallery/ restaurant/retail pop up space, which emerged in 2014 on Warden Jetty in Yangon. As original and exciting as this format was, ultimately, it was flawed. The location became problematic, and the stilted equation of a serious art space juxtaposed with retail and over-consumerism also became embroiled in ethical issues. 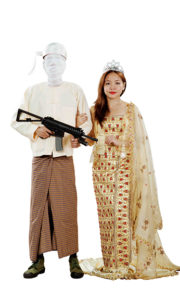 When TS1 closed down, I began looking for a space to set up MARCA – Myanmar Art Resource Centre and Archive – to expand a library and to engage with more non-profit projects in order to translate and disseminate information, and to create an arts education program. As mentioned earlier, there were a few important spaces which existed in Yangon, including New Zero Art Space and Pansodan Gallery. However, it quickly became apparent to me that my space (which eventually became Myanm/art Gallery) presented a linked yet extended opportunity to showcase the work of emerging visual and performance artists as well as enable associated events: readings, seminars, performances, etc. I wanted to strike a balance between MARCA, which investigates the more art-education, research-oriented aspect of art in Myanmar, with the more edgy, experimental work coming out of a younger generation. This includes ceramic artist Soe Yu New; Kaung Su’s powerful work on the environment; and the mixed media work of Aung Myat Htay. Being an outsider, I am keenly aware of the challenges in representing artists who convey bold messages, particularly in a country such as Myanmar, which has had a history with censorship, freedom of speech and identity. It is then, even more important to cast a wider net, beyond Yangon, so as to volunteer work from more marginalized parts of the country. Apart from this, what is equally important is the portrayal and support offered to women artists in the gallery – as this is still a male-dominated field. 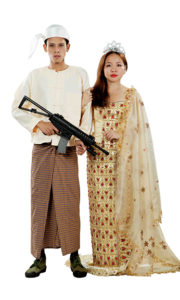 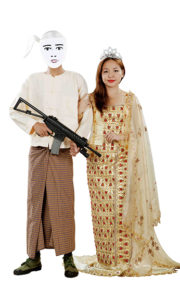 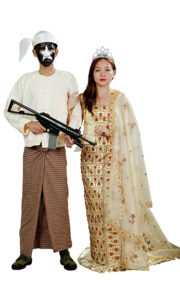 One of the more interesting trends I have noticed in photography of late is the emergence of more concept-driven work. A contributing factor in the last 5 years has been the emergence of cellular phone cameras, enabling the people of Myanmar with a powerful tool of personal self- expression – a means to photograph everything, from the mundane, to the rarely seen, the frivolous to the eventful. Emily Phyo’s project, Being 365, depicted here is one such series. Emily, a tailor by profession, decided to make her smart phone a medium through which she could connect with her community face-to-face, rather then engaging only through online platforms. She began an Instagram project by documenting a different person every day for one entire year. The person was not known to her but would agree to let her take their photo with a measuring tape wrapped around their forehead, and a numeral indicating their age, located at very centre. At first sight, the references to colonial photography, if not anthropometry are overt. The device of using physiognomy as a classificatory mode to reference race and character was common in the 19th century, as part of the larger field of colonial ethnology.

Emily Phyo  From the series Being 365, Yangon, 2016 , Instagram project shot on an iPhone 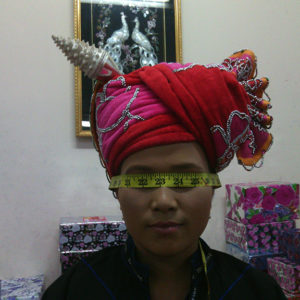 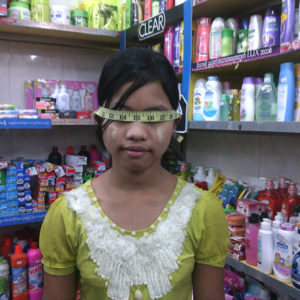 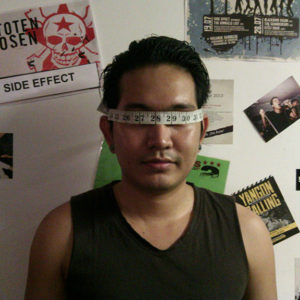 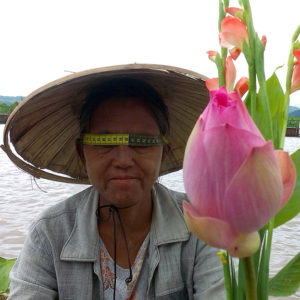 Though this historicity may not have been known, in this project, some people refused to be photographed for other reasons – they felt there was perhaps something too provocative and political about the work, as they were sharing personal stories while being captured by the lens. To surmount this issue in part, and to place herself within the narrative, the project therefore began with the artist’s self-portrait, and ended with that of her son. It eventually resulted in a rather extraordinary archive of an urban demographic, through portraits of people she perhaps would never have engaged with under different circumstances within Yangon.

There seems to be an enduring interest in the archival, particularly in family photos, as attested by the work being done by Lukas Birk in creating the Myanmar Photo Archive (MPA). In many old family homes, shops, and abandoned buildings in Yangon, including the small cities and towns around Myanmar, old photographs decay over time and stick to each other, melding into one with each passing season. The damp of the rain and the lack of constant electricity make maintaining archival material extremely difficult. Family archives are possibly the most important resource where historical memory interfaces with social mobility. The need to retain memoirs, records and histories has enabled Lukas to gradually amass material towards tracking the longer history of photography in the country, samples of which are featured in this issue. 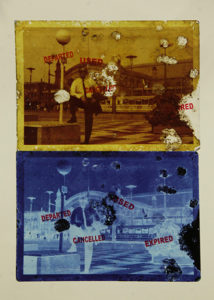 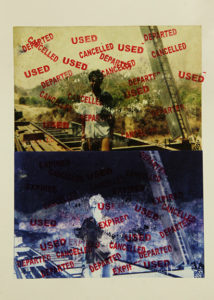 The artist, Nge Lay too discovered forgotten boxes in an old car parked at the side of the house of a family member. They contained the traces of her family’s past, specifically from her mother’s side. Some photographs have even faded. Tying together the life of the images contained in these boxes, as well as connecting with her own mother, and thereby herself and her daughter, is a vital path of self discovery, provenance and lineage that Nge Lay is eager to embark on. Her series of photographs titled The Gate, plays with positive and negative formats, also including stamps and words – expired, cancelled, used. Like any archive, there are memories yet to be unearthed, explored and possibly questioned. More generally, the notion of the archive itself presents some important problematics: what is the future of moments that cannot be relived, how do we add to the archive, and do we ever redact or edit it; how do we deal with obsolescence or the contingencies of time; and what is the purpose of generating an endless compendium of material?

Another artist represented by the space is Phyoe Kyi from Shan State, who lives in its capital, Taunggyi. He resides in a large, old teak wood house in the center of the town with his mother, and there he has a screen-printing studio and media station. Also working as a graphic designer, his camera and computer are integral tools. In a series of photographs, titled The Route, he juxtaposes self- portraits with photographs of his mother at various ages. They intimate the complexities and ironies of a family unit, often struggling through personal circumstances and clashes in order to remain together. Over the years, he has created versions of this family series with cartoon clouds floating on the surface. He adds zodiac caricatures, or props, to give the reader clues about the subjects. The handmade paper, originating from Shan state, is a unique medium, very delicate and brittle, given that he uses screen printing to achieve this effect.

The array of practitioners being shown mark only a fraction of the surge in the artist community here, as the state is now opening up to the world under a new regime, shaking the status quo. The issues surrounding personal space and public encounter; readability and access; consumer culture and artistic practice; local history and globalism; all contribute to the evolution of a burgeoning contemporary arts practice here. It has sprouted from the ground up, and the seeds are being further nourished through personal intuition, aesthetic interventions, collaborations and steadfast commitment, amidst a slowly evolving cultural environment. 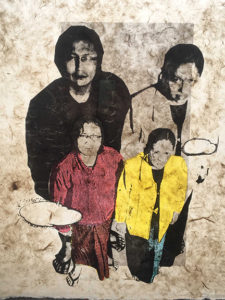 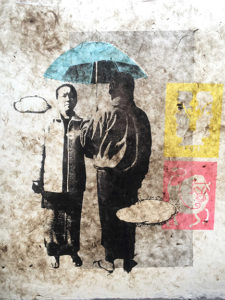