Mergers Across The Border

Sri Lanka and India share more than just cultural history. We share ‘time’. However, PIX would have never questioned the proximity of space to time, if the same time zone could have rendered identical intonations in the passage of life, or indeed, similar images. What is the relationship then between photography and the continuum of an age, an era, or in fact photography’s connection to geography? Will ‘events’ alone monitor the inner workings and deeper engagements with the future of image making, or is there an abounding personal sway in the narrative of a street, studio or press photographer, possibly seeking to create an abstract line of sight about the ambivalence of identity?

These are some of the pressing hermeneutic forces at play in the surfeit of images arising from Sri Lanka today. Though this Special Issue attempts to unravel an evolving context, a penetrating history and a fresh iconography: a sense of the ‘everydayness’ of experience pervades the contributions that came in, providing both refreshment and anxiety; the need to move on yet wrestle with lingering traces of the past as it delays its inevitable mutation. Images in the issue therefore erupt from one submission to the next—disorienting, merging and colliding with the realities arising from political or cultural transformation—visualising moments of engagement, creative departure, personal loss and regained identity, with a generation that values the power of visuals as though it were as forceful as the command of a weapon seeking its target, or indeed a camera deconstructing its shifting subject.
‘Metamorphoses’ is an attempt at assimilations between identities that have morphed, or spaces of violence and terror, that act as silent testimonies to their own volatile histories.

However, the changes in Sri Lanka since 2009, which marks the end of the civil unrest, have been radical, often media driven, and very often with the sway of commerce, seeking to globalise, democratise and popularise. In the midst of this, photography practice has been difficult to surmise as the ‘contemporary’ itself is infused so much with ‘memory’—though the process of ideating and ‘constructing’ have surely begun. And so, in Sri Lanka, what may be considered ‘War Photography’ for instance, is a point of rendezvous as well as memorialisation, the remembrance of a space that has now drastically changed, though much censorship remains. What then does photography achieve, when its reception is curtailed? The civil war and its resultant pitfalls that marks so much of the journalistic work from the outside looking into Sri Lanka from the late 70s, lays claim to the present, but there are moments of imaginative amnesia, and creative zest that challenges this past.

The contemporary ‘moment’ and temperament of photography in Lanka, which would have never been achieved in this issue without Dominic Sansoni’s generous advice and contribution, arises as much from a sense of wondering and reconciliation as from a fresh self-awareness: life has indeed changed and so should the visual culture that propels it. Consequently, the personal endeavours by upcoming as well as professional individuals manages a clear disjuncture from the earlier work of the 80s, as does the sense of candidness when looking at the religious fusion at a societal level. Our interactions have therefore yielded an embrace of diversity, looking always to undermine the despotism and hatred that was once rampant.

As is the case with most collaborative endeavours, we would like to mention that this issue provides only one view of the photography scene in Sri Lanka rather than a blanket about the state of photography there as a whole. Neither is it intended as an Indian opinion of Sri Lanka, seeking to achieve its own goals of authority and claim, as the final selections have been arrived at after interactions from within. The true chronicle of the aims and achievements of photography initiatives in Lanka would primarily begin from inside the country, once the history of photography practice has been unearthed, archives preserved and studied, and specific institutions formed to confront the mantle of change. 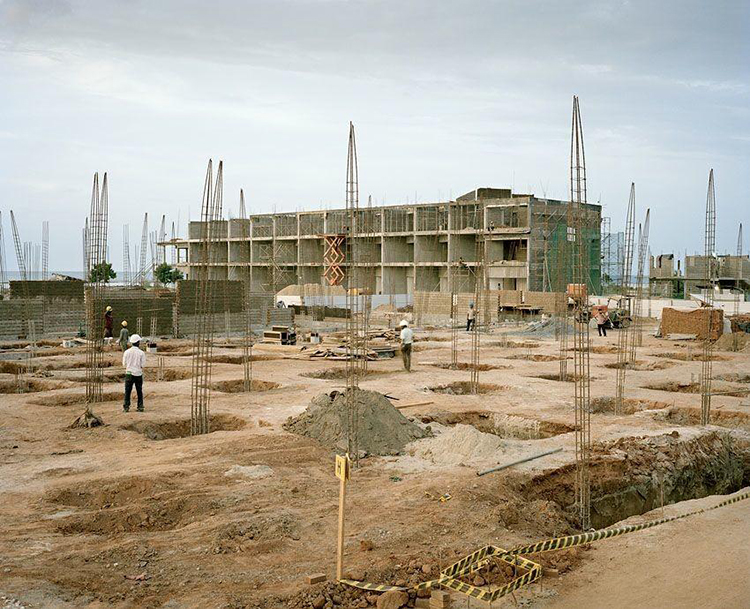 Yannik Willing, from the series Before Tomorrow. Construction site for a luxury hotel, Passikudah, September 2011 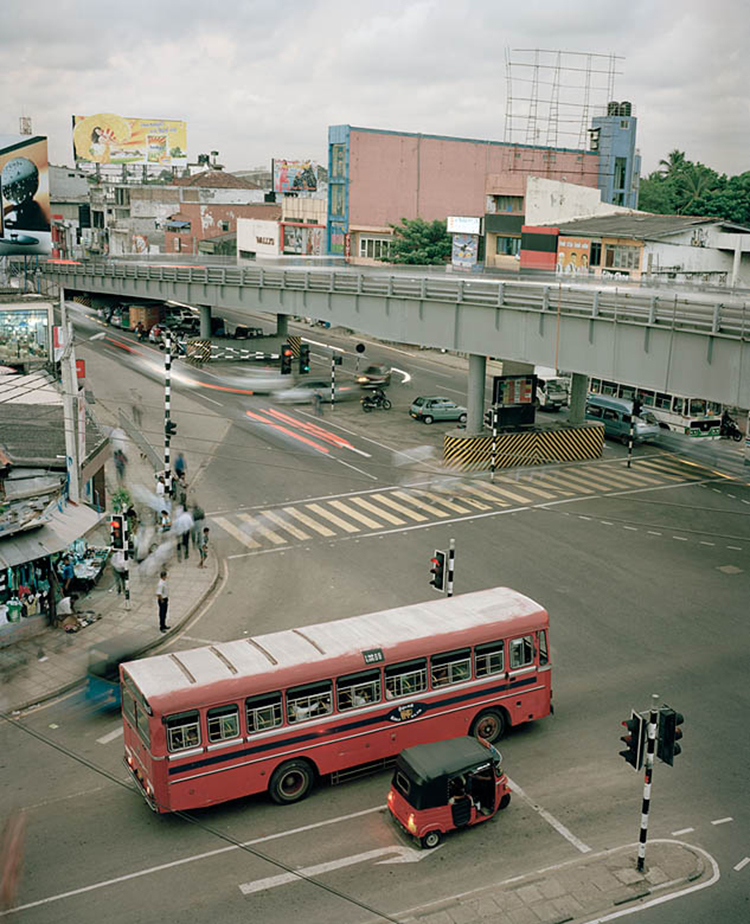