The word ‘recovery’ in this issue has many connotations. In its broadest scope, the word is defined as: a return to a normal state of health, mind or strength; it can also be the process of regaining possession or control of something stolen or lost. When such a notion is imagined in a visual or literary framework, there is a sense of something being restored to its original state, a period of convalescence or perhaps an innocence that returns following an infringement or breach. In order to remember or recall such a position, one undergoes a process of retrieval, a belief that all is not lost forever. The images in this issue perhaps function on the basis of such a proposition, and though we may exist in a world in which photographs are torn, washed away or simply hidden—at heart they are objects that ‘reveal’.

The photographs of Bindi Sheth and Soumyadip Ghosh exemplify such a concept in a more literal sense. They deal with physical and psychological disclosure and reinstatement—Sheth’s work looks at the staged, almost set-like scenes of a physiotherapy centre in Ahmedabad, whereas Ghosh’s photographs are of a Burmese hospital/ refugee camp in Thailand, a space which provides a lifeline to those seeking medical attention from years of trauma, abuse and civil unrest. Though contrasting in style, the photographers seek to use images as ‘ideas’—they capture glimpses of the real.

Convalescence can apply to people as well as spaces. Paolo Patrizi’s haunting photographs of Tohoku in the aftermath of the devastating tsunami which ravaged the Japanese region in March 2011 is witness to a recovery that is more problematic; two years down the line, the towns are still vacantly ghost-like with piles of debris becoming new landmarks and time being marked by the passage of seasons. His images situate us within compositions as though providing a synoptic view—one in which cars are playfully piled up against the road or placed mysteriously on top of buildings, a topsy-turveydom brought on by a tilt of the earth in which tragedy and humor coexist in menacing yet very palpable ways. Prasit Sthapit’s Change of Course identifies a landscape that is literally transforming due to the continual changing course of the Narayani river. Susta village, perched on the border between Nepal and India has become a site of political rivalry and border disputes between the two nations. As Sthapit so rightfully asks, what are the issues that will be left to resolve if the land itself doesn’t exist anymore?

In a different and more personal vein are the works of Alok Johri and Mitsu Maeda, which deal with the far more fragile aspect of healing the bonds of estrangement. Maeda speaks of the detachment between herself, her mother and her grandmother due to her grandmother’s debilitating illness, and how photography has been a way to bring them back together, whereas Johri’s poignant Invisible Living speaks of a relationship irrevocably changed between mother and son because of his sexuality. The idea of recovery can also be interpreted as a return to ‘normalcy’, a way of life which defines our relationships with ourselves, other people or the community we live in. Aditya Kapoor, after the breakdown of his marriage, finds a humorous and exuberant way to ‘remain in motion’ in Restless. From a healing of the self after a personal altercation, to those affected by war, through Binh Dang’s Small Things, we enter the lives of the inmates of Thien Gao, a care centre for victims of Agent Orange (the common name used for one of the herbicides deployed by the US military as part of the herbicidal warfare program during the Vietnam War 1961-1971) who suffer physical and mental disabilities, but hope for a better life by being taught to be independent and coexist.

Shifting to Beirut, we see Zann Huizhen Huang’s documentary photographic work in a Palestinian refugee camp as a homage to the strength, resilience and dignity with which these refugees live, what is for them, a ‘normal’ life. Given the entire region has been subjected to reporters and photographers over many years, this series provides an insider’s view of how culture and tradition need to be sustained even in the most trying circumstances.

For Talia Herman and Zishaan Akbar Latif, the idea of recovery could be linked with the notion of ‘taking back’/returning—an extension of the saying: the more things change, the more they remain the same. Latif’s The Other Kashmir chronicles two separate journeys to the region, first as a photojournalist, then as a tourist and the ensuing changes he felt, experienced more on a personal level than the political—though the latter seems to provide a context in which the territory has been affected. Herman’s Unconventional Currents on the other hand, as PIXs’ first ever international feature, speaks of the re-appropriation of what was considered a counter cultural, ‘hippie’ lifestyle in the US in the 1960s and 70s now being accepted into the mainstream, or in her words, ‘what was produced through great social agitation is now internalised and accepted by the current generation as a norm’.

Niha Masih steps away from a more personal interpretation of recovery by looking at it as a retrieval of the varied works from her time shooting in India and abroad as a photojournalist. Her photographs in The Second Coming, each so different, are linked by the common thread of being part of a larger database of work. To use this notion as the starting point for a conclusion, we felt that through recovery, we salvage all that matters the most. As part of the photography quarterly, the images become objects that continually re-engage with their histories, each viewed differently with changing socio-cultural patterns, and each more enriched by a juxtaposition with disparate works that allows for plurality in our understanding of images and words. It is in this context that the images of Tanvi Mishra find their way into the editorial pages, as one of our own team who found her family, those closest to her, bound by the language of images in a situation where the spoken word was of little consequence. 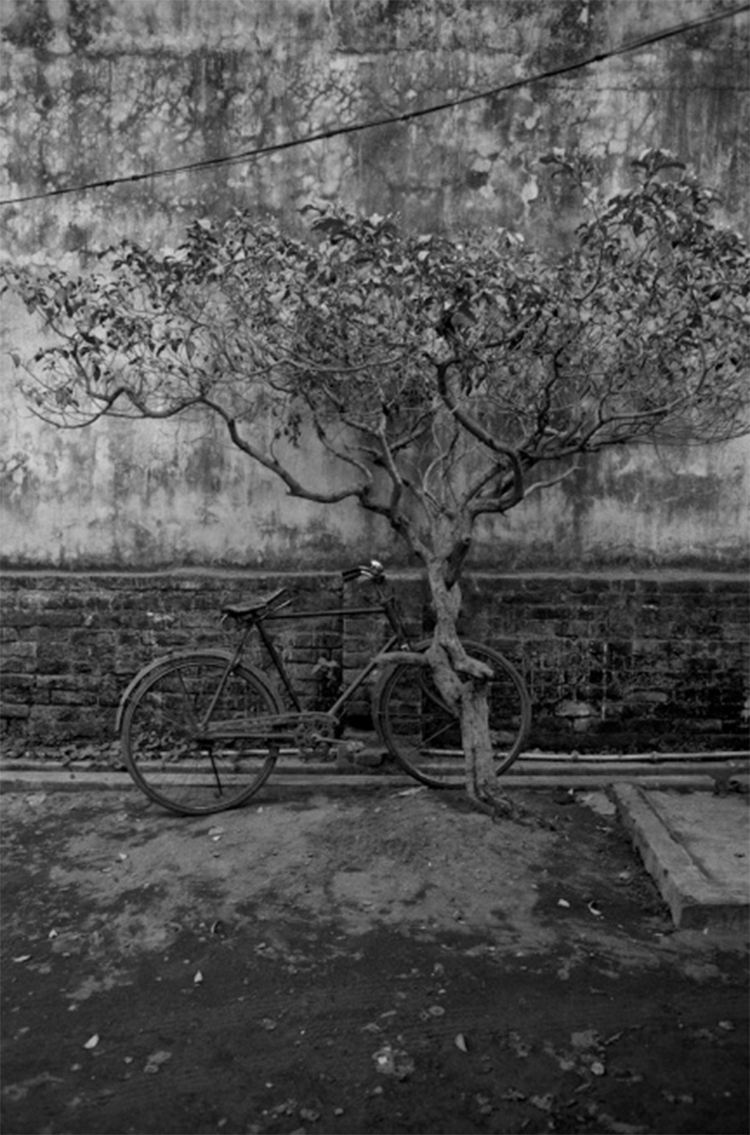