A River of Heads and a Wedding

Once billed the ‘bloodiest event in the world,’ the Ghadimai Festival announced an official ban on animal sacrifices in 2015. The ritual killings, which see the participation of millions, has now undergone a revision of norms since 2009 due to mounting pressure from animal rights activists and organizations.

Serendipitously, photographer Narayan Tushar Kaudinya was offered unsolicited information at a wedding leading him to trace the Gadhimai Festival in Bariyarpur, Bara in Southern Nepal.

River of Heads and a Wedding centres around Kaudinya’s personal reflection on the festival examining a resignation to belief through two antagonistic events: one, a celebration of new beginnings and the other – a ritual mass slaughter.

The narrative is built on interspersed frames with the intimacy of the matrimony colliding with intensity of the festival; life and death locked in a cycle and not in isolation of each other. Kaudinya weaves the separate events through an emphasis on the shared atmosphere of culture and the ritual sacrifice that sustains it.

Although the story unfolds as a journey, Kaudinya intriguingly does not concern himself with the gory aftermath. Instead, he reserves the ultimate frame to introduce the cause of his journey – an old woman from the wedding from where he embarked for the surreal event.

A ‘future-telling’ robot at the Gadhimai fair. Kalaiya, Bara District 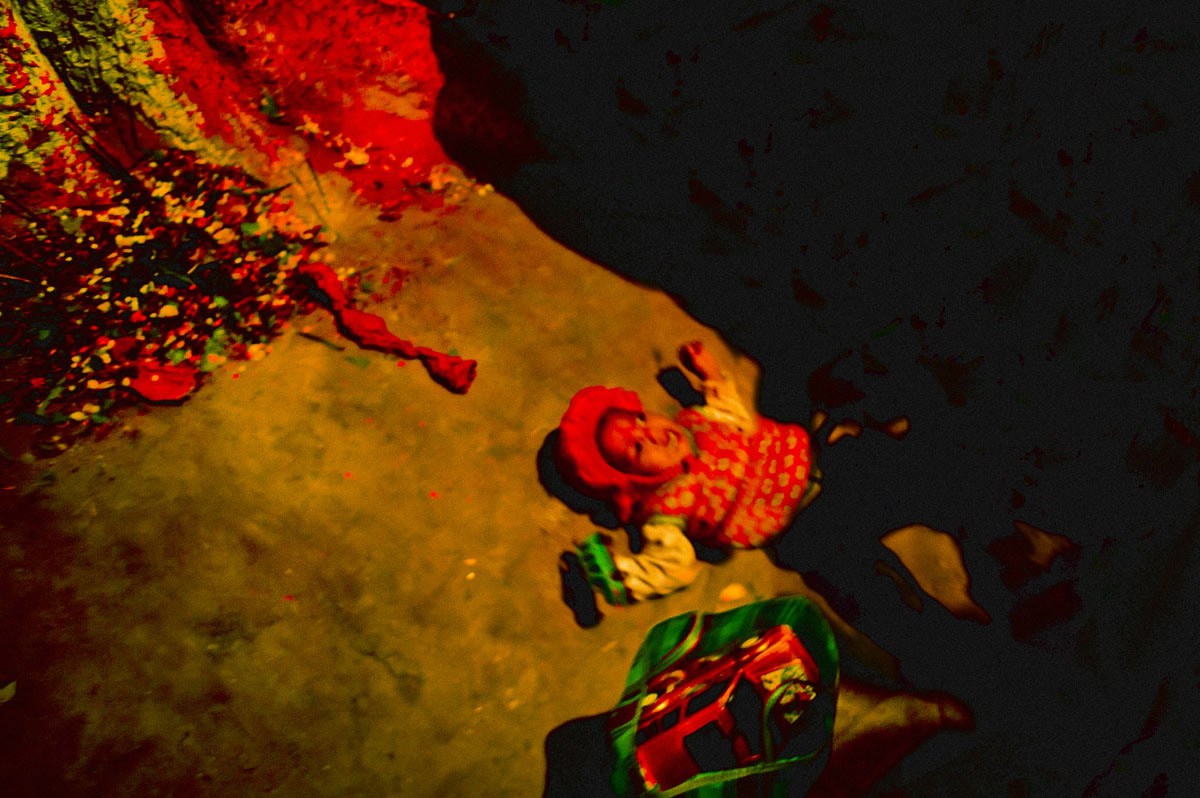 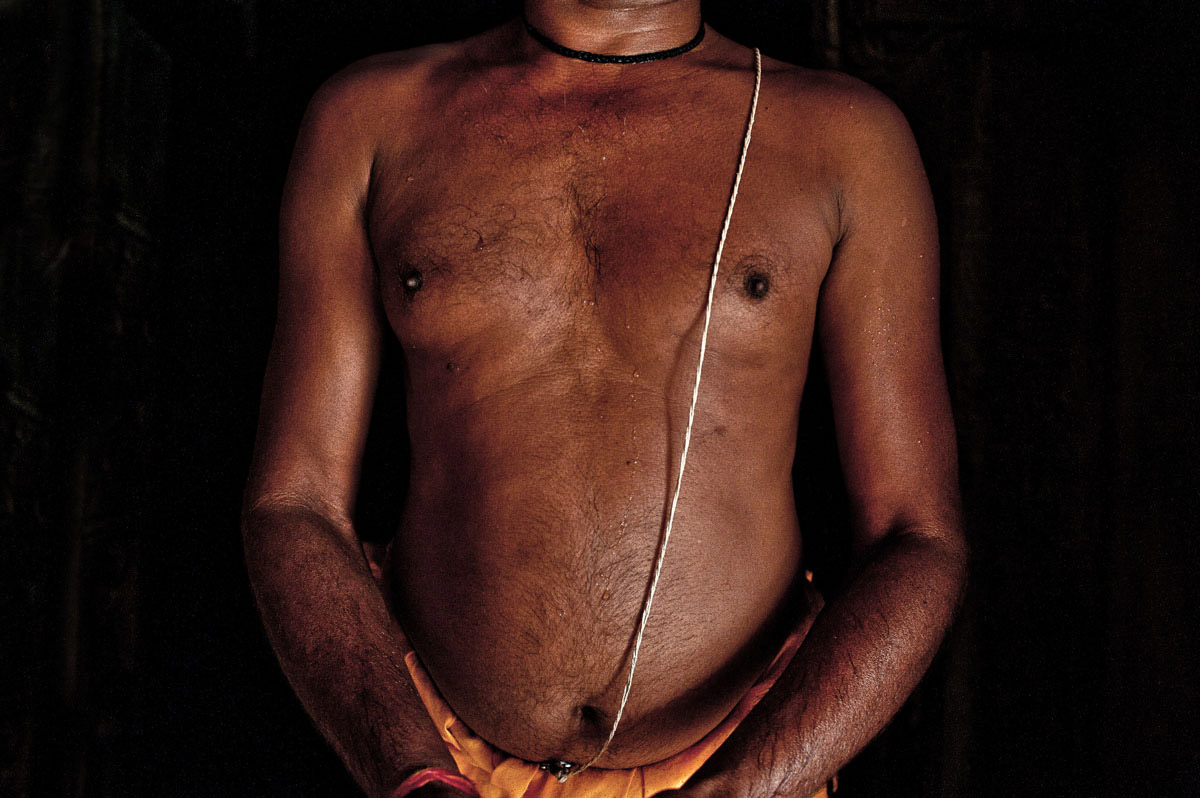 The priest at the Gadhimai Temple is ready for the prayer before the mass sacrifice. Kalaiya, Bara District 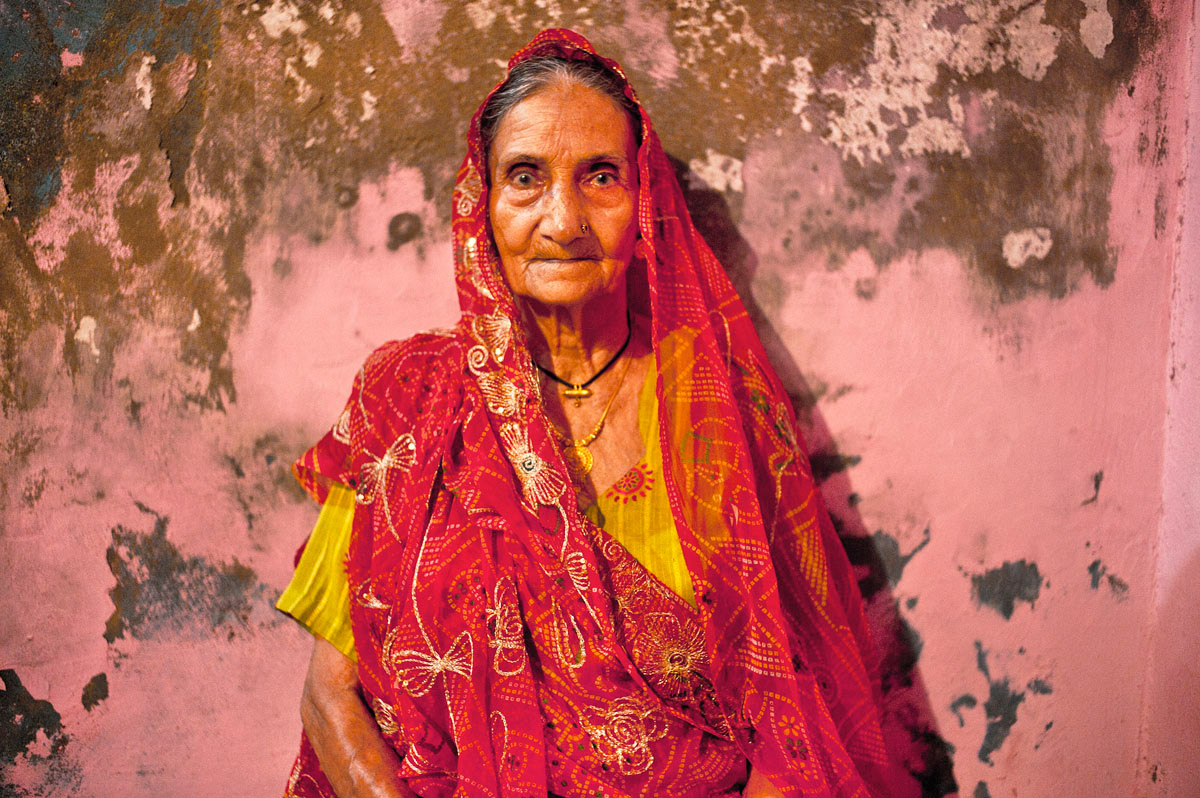 An elderly woman from the bride’s side was the one who told the photographer about the Gadhimai fair. Outside Birgunj, Parsa District 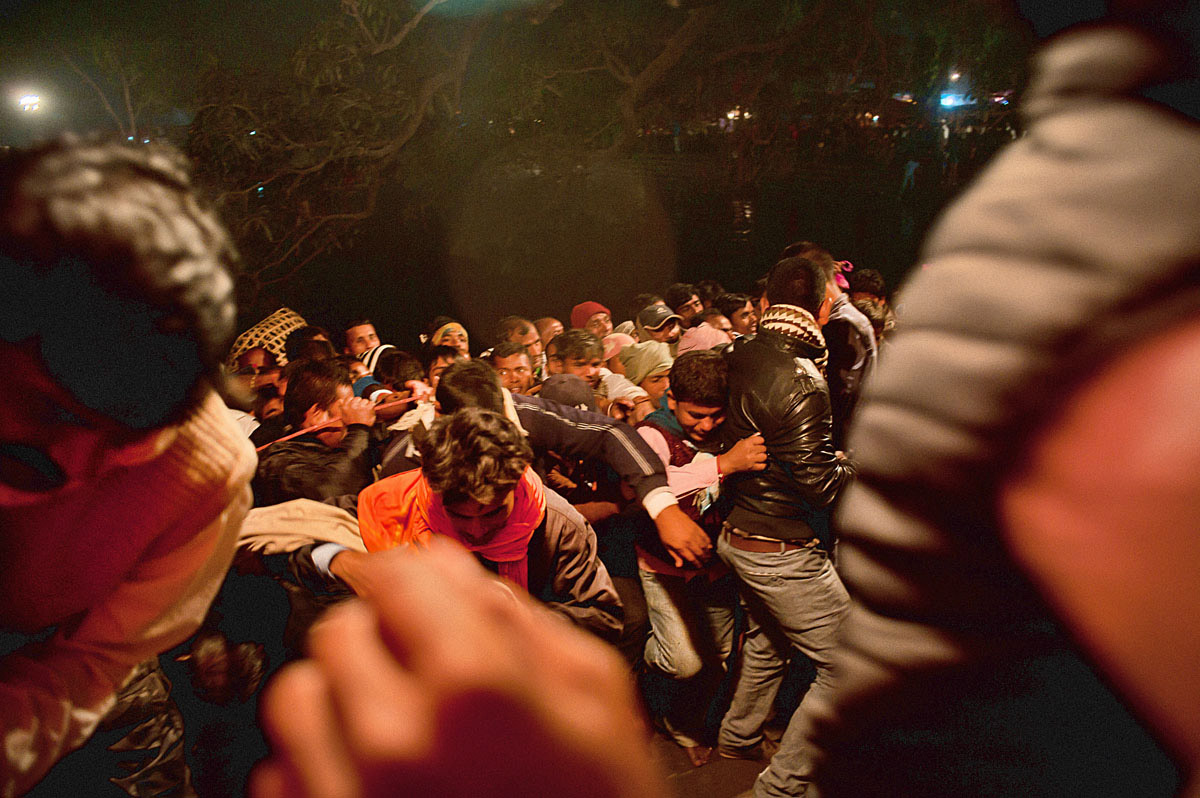 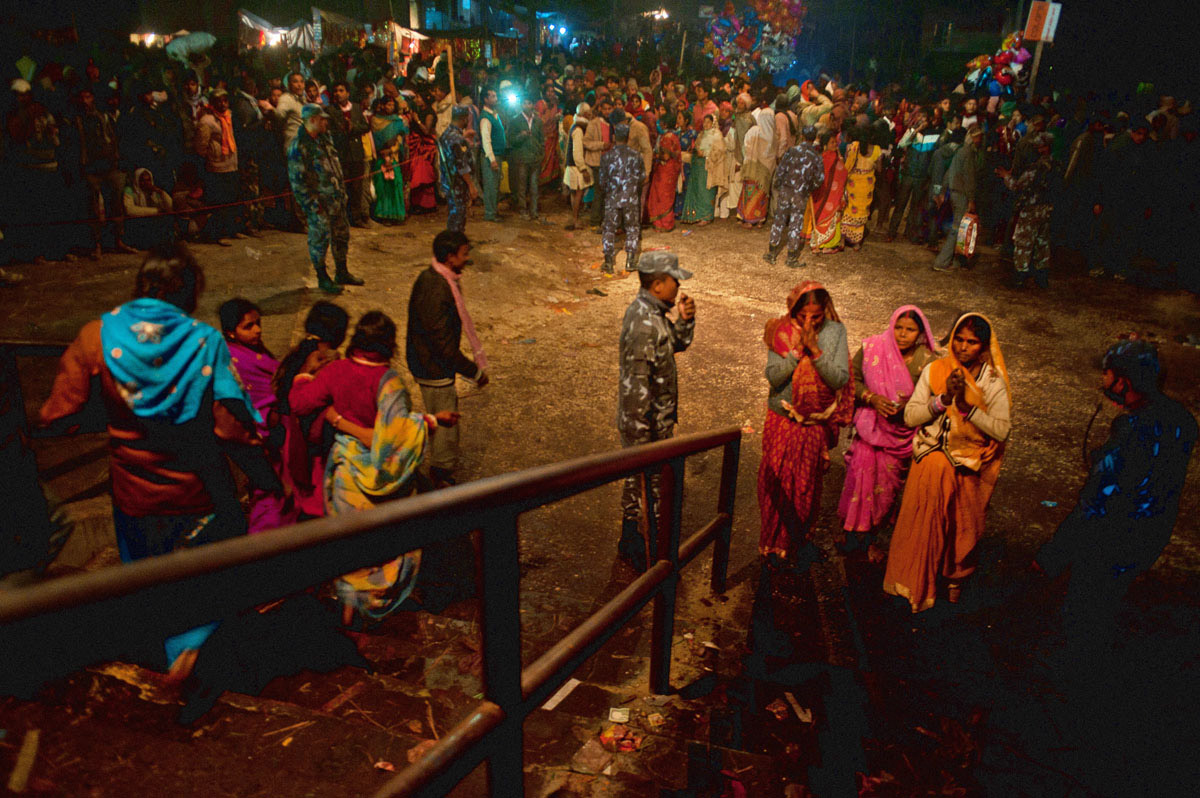 Women believe in the power of the Gadhimai goddess to bestow them with the gift of a boy child. Kalaiya, Bara District 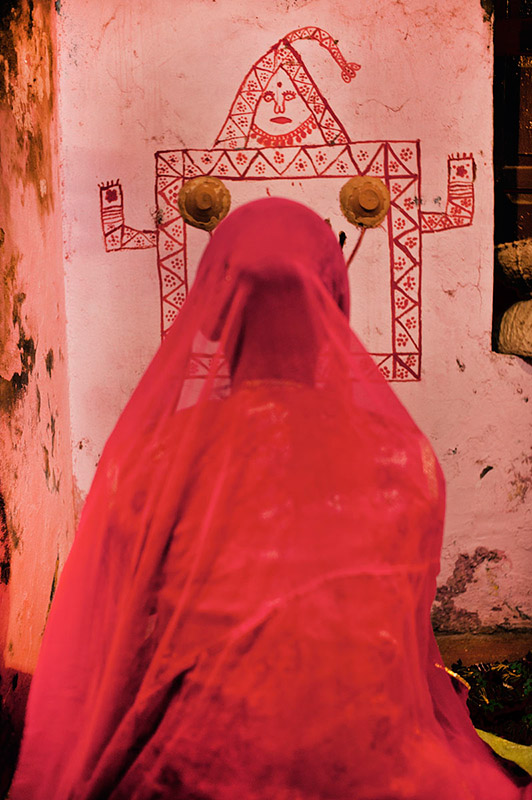 The bride sits in front of a hand painting on a wall in her home. Birgunj, Parsa District