How many books, articles and manuals are supposed to give us the answer to ‘what makes a good photograph’? More often than not, practitioners seem to have chosen the ‘decisive moment’ as their motto, sometimes without really being aware of it. A large part of the work produced today in South Asia (and as a matter of fact, of the submissions we get at PIX) seems to function around this method, if not theory. Henri Cartier-Bresson defined it as “the simultaneous recognition, in a fraction of a second, of the significance of an event as well as of a precise organisation of forms which give that event its proper expression”. Cartier-Bresson drew this conception from his training as a painter (more precisely, from the classic genre of history painting), as well as from his acquaintance with the surrealist circles during his formative years.

In a different fashion, there is no ‘moment’ at play or any ‘event’ unfolding in front of us when we look at François Daireaux’s visuals: what we witness is the sheer disposition of certain daily objects in an outdoor space. The frame ratio is not constant throughout his images, as the negatives seem to have been cropped in order to help our eyes focus on the object in question. The photograph has thus been stripped of its main painterly qualities and codes, and left in its most uncluttered form as a record. In Daireaux’s visual language, painting has given way to sculpture, and photography appears just like a medium, in its simplest understanding: transient, the trace of an ephemeral phenomenon.

The caption of the photograph of the three metallic charpais adds one more layer to our appreciation of the artistic gesture at play here: “Tel quel”, as such. (Fig.1) Is the artist implying here that he didn’t arrange the beds himself and found them ‘as such’? It is actually difficult to gauge if these images are staged or not; but probably because they are objects (and not people) that are represented in these images, there is no immediate ethical imperative that presses the viewer to answer this question. Through these modest records, the artist manages to take us on a walk through the murky territory between fiction and non-fiction. It is also difficult to know with any with certainty what the nature of this collection of images is. Is it a definite body of work ready to be exhibited on the white walls of the gallery, ‘as such’? Or is it just a succession of visual notes and words made by a conceptual artist attempting a multimedia or sculptural installation? One could certainly draw a conceptual parallel with an imagined sketchbook of Indian artist Subodh Gupta, or of one of the many other South Asian artists who have been dealing with the notions of consumerism and material accumulation. The hybrid status of photography, often hovering between the two poles – document and artwork – appears here in all its splendor, as its destiny remains unsure. 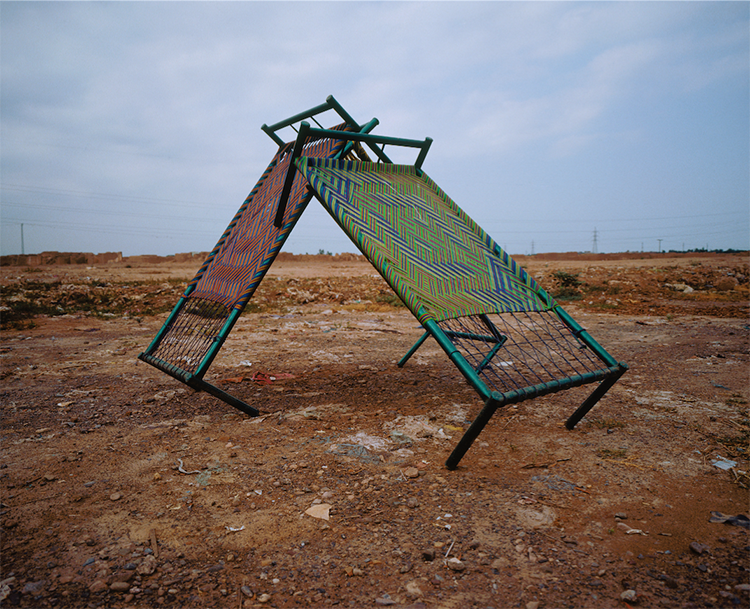 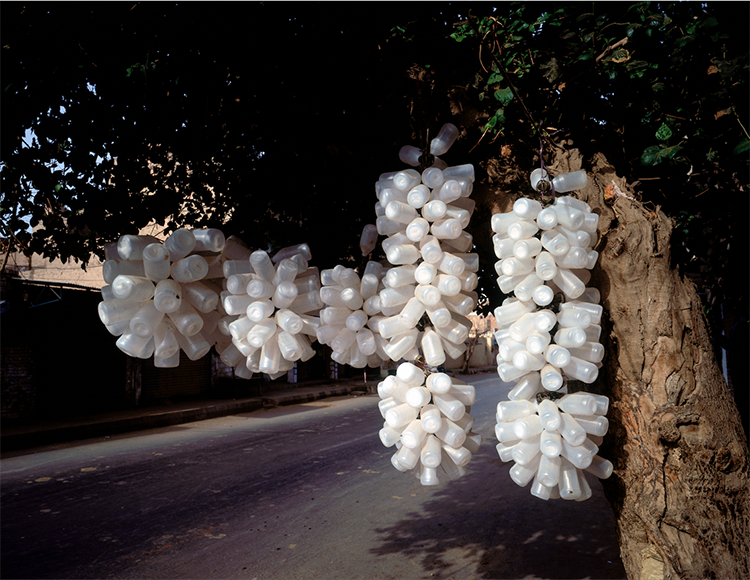 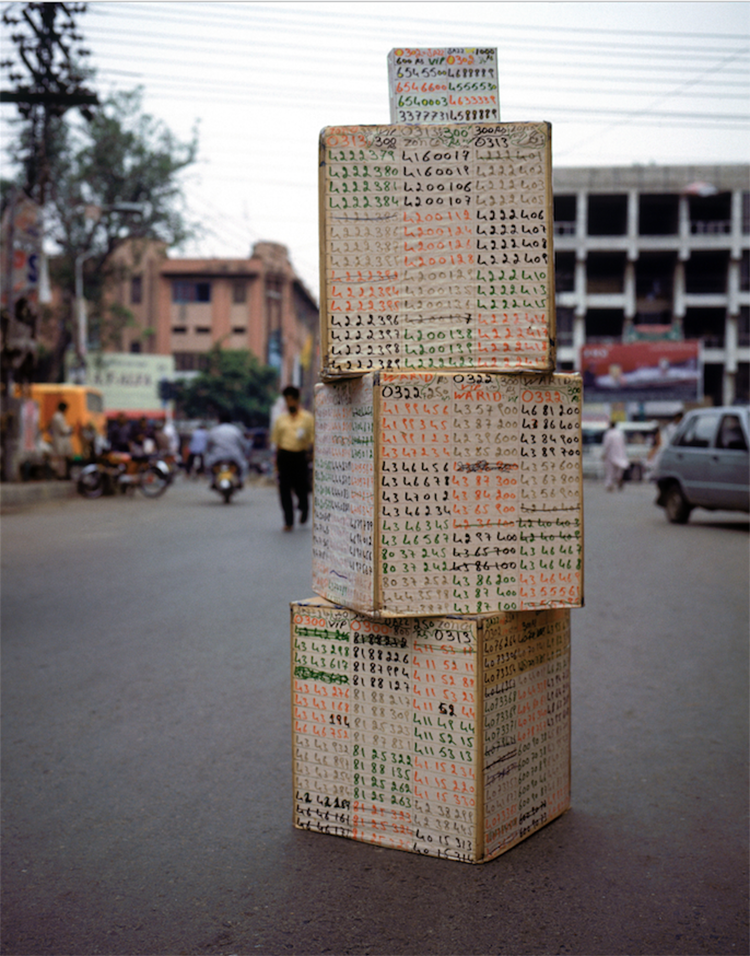 In 1933, Salvador Dali chose to publish in the surrealist journal, Le Minotaure, a series of photographs captured by Brassaï under the title ‘involuntary sculptures’ – they were pictures of rolled-up tickets, paper clips, thimbles, shells, laces, drawing pins and other debris of the everyday. And so appears the thread that links Cartier-Bresson, Daireaux and the surrealists. Cartier-Bresson saw photography as the recognition of an event in time and its expression through forms. Daireaux’s photographs also recognise that something is happening; but what he acknowledges is simply the fortuitous arrangement of forms and objects into space, readymade, lying in front of our eyes. Eventually, he is here to testify of what writer Rosalind Krauss beautifully qualified as “the automatic writing of the world” and to make visible what is invisible to the eye blurred by the quotidian. In each of these ad-hoc installations, there is a rhetorical figure: an alliteration (Fig 3. Uncertain nombre, a certain number), an antinomy (Fig 4. Abri, shelter) or a metonymy (Fig 2. Grappes, grapes) to quote a few. And what Daireaux pays tribute to in this series (which was also partly shot in India) is a quality which I personally find deeply rooted in our common South Asian experience; a quality I would find, for example, in a stack of oranges standing in a pyramid on a piece of blue tarpaulin at the Dadar station market: a non-intentional, latent poetry of forms and colours, which becomes manifest only through the photographic act. 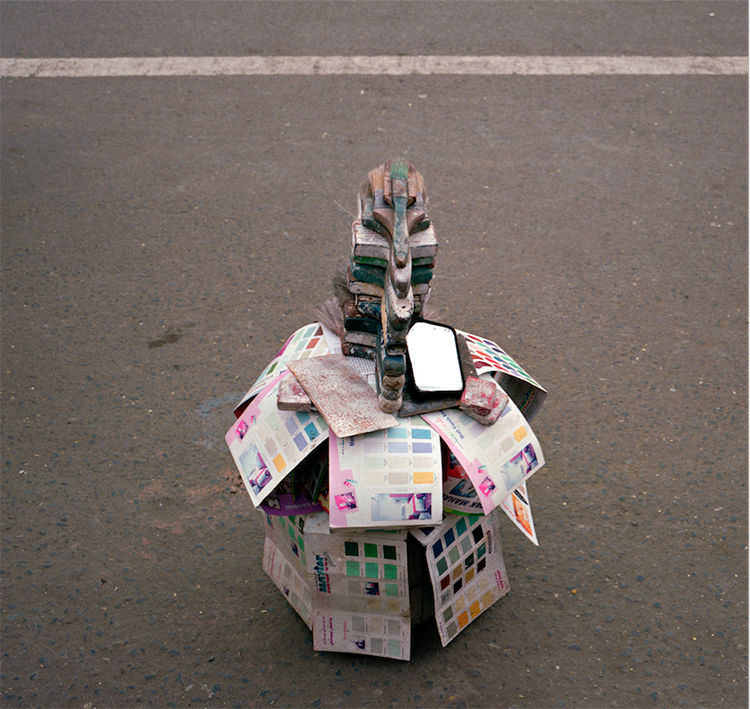