One Picture, One Cannes

You’re at once both the quiet and the confusion of my heart. – Franz Kafka

If the world were made into a movie, Pakistan would likely play the character of someone that is full of soul but who is greatly misunderstood. An actor with all the conventional characteristics of being passionately fierce and romantic; fearlessly optimistic and gracefully lonely; but amidst the chaos, he/she will be a person who runs out of time towards the end of the epic saga, leaving behind an indelible mark.
As we got off the highway from Islamabad a little after sunrise on a stormy morning and made our way into one of the areas heavily bombed by drones in Northwestern Pakistan, that beautiful rain-washed landscape bathed in diffused light could have passed off as a scenic and pictorial town. Photographed by many before us, it was indeed a sight to behold.

However, the agonising reality that lay behind this serene vista was the tragedy of uninvited death, pain and the haunting memory of an estimated 3500+ men, women, and over 200 children a large percentage being innocent civilians – labeled as ‘collateral’, that had been annihilated by drone strikes, since 2004.
Drone operators routinely describe their casualties as ‘bug splats’ since viewing humans from far above gives a vertical, top down perspective of an insect being crushed. Hence, this project’s primary objective was to establish that a victim of a drone strike is ‘Not A Bug Splat’. The purpose was to initiate a one on one communication with the drone perpetrators and to raise awareness globally about the brutality of such aerial strikes and this otherwise overlooked human rights issue. 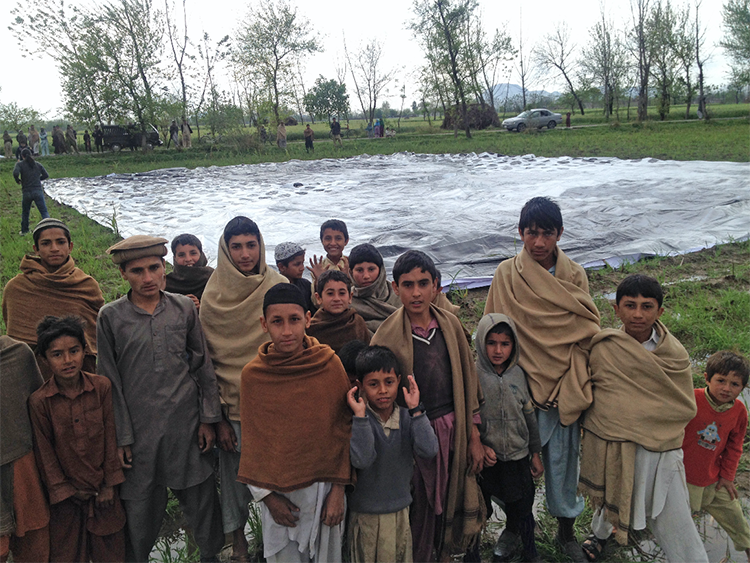 Not A Bug Splat. A crowd gathers round the poster. Khyber Pukhtoonkhwa region, 2014 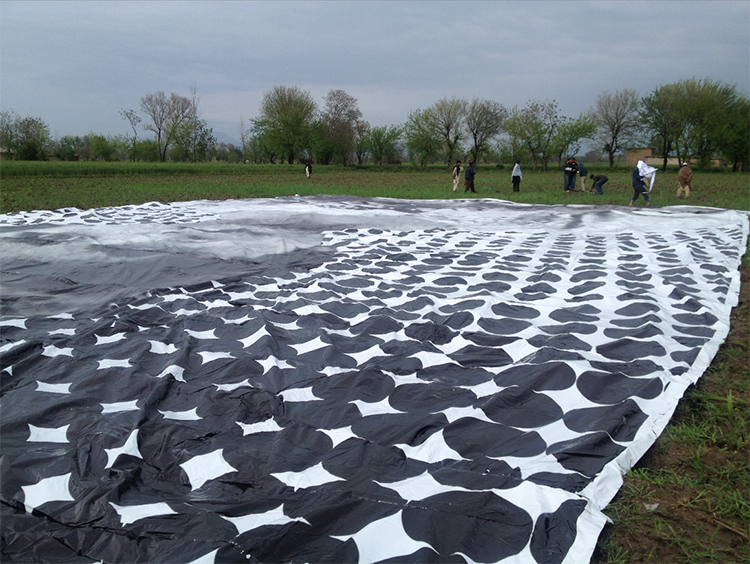 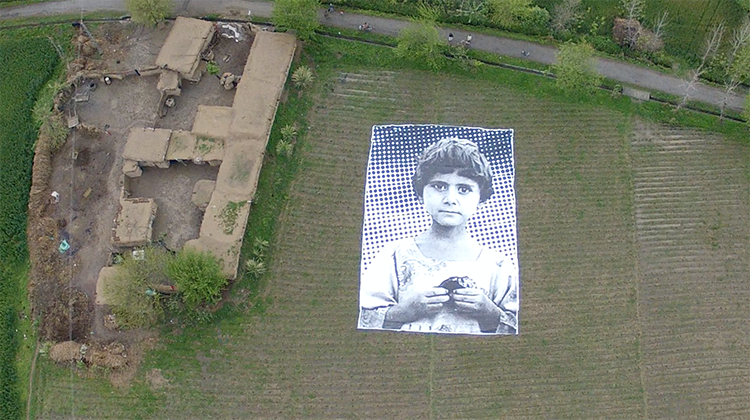 Not A Bug Splat. View of the installation as seen from a drone. Khyber Pukhtoonkhwa region, 2014

As part of French artist, JR’s ‘Inside Out Movement’, the campaign took the form of a larger than life printed image of a girl who lost both of her parents, in an earlier strike. Enlarged to a 90 X 60 feet portrait, it was placed on a field facing a drone that was likely to cross its path . Was she communicating with the drone operator by looking into the camera lens? Was she looking up in desperation or in hope?

To my mind, any incident that can transmit a signal, a thought to another’s mind is a form of communication – and so too is photography – and like any form of communication it has an agenda, a meaning and an interpretation. And so, based on this image, the UK Guardian on April 8, 2014 stated: ‘It has the power to startle…and perhaps even render (the pilot) incapable of using his weapon afterwards.’
The most remarkable aspect of this campaign that was launched in March 2014, under the hashtag #NotABugSplat was that it grew into a ‘global exhibition’ of just one photograph. The poster image was placed at just one location in the KPK province, but it was later exhibited in various locations after the attention it gathered. Its message and popularity captured the largest ever viewership – winning the Best Low Budget Campaign Award at the Cannes Film Festival in June 2014.

At a time when Pakistan’s ‘softer image’ continues to get highlighted on various platforms such as the Nobel Peace Prize being awarded to MalalaYousafzai; the first Emmy winning documentary for the country, Outlawed in Pakistan, co-directed by filmmaker HabibaNosheen; when the ‘1st Annual Laugh Factory’, a competition based on popular votes announces SaadHaroon as the second funniest man in the world; or when Pakistani-born independent photojournalist AsimRafiqui joins the Amsterdam-based photo agency, Noor, we are reassured of some kind of positive global presence.

As a freelance photographer in the region working both at home documenting personal stories, as well as in the field, I admire the fact that so much of the Pakistani identity and the raison d’être is confected by the resilience of the inhabitants and the tragedies of those that became part of the story, by default or by design. Ironically, the biggest recognition of our metal usually originates from the darker side of our society and as the country runs out of time, photographers recognise the need to freeze it