Photography in Pakistan has been used in modern times primarily as a photojournalistic medium, although the visual documentation of its living folk traditions, landscapes and monuments has occupied photographers since its early history. As an artform however, photography began to emerge only in the 1980s and ‘90s, when a few dedicated practitioners managed to carve out a niche for themselves.

In the ‘80s, the erstwhile International Photography Club of Karachi – since renamed the Karachi Photographic Club – played a predominant role in mounting group shows, witnessed by Danish Tapal and Jamshyd Masud as living representatives of its nascent rise, while Arif Mahmood emerged on the scene soon after. 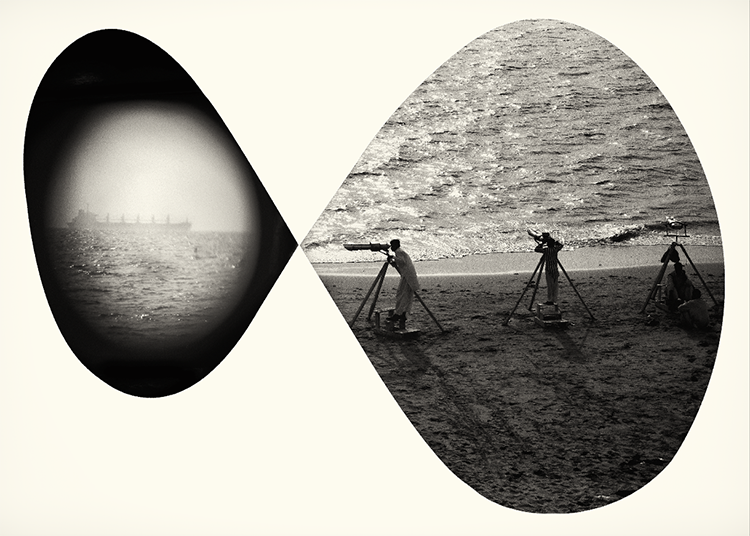 “Unconventional Portrait” [A piece at the “FRESH” exhibition under geometrical light] by Arif Mahmood Karachi, 2014, 35mm black and white film

At an institutional level, in the early ‘90s, photographer Asif Raza set up a photography programme for the Indus Valley School of Art and Architecture (IVSAA), steered thereafter by Farah Mahboob. In due course, the arts as a whole have experienced a greater impetus in Pakistan and this has affected photography, enabling the medium to gain further mainstream recognition. Aided by the arrival of digital media as a tool – the technological evolution has blurred the boundaries for both practicing artists and within the teaching studio. Although the traditional ‘divide’ still remains in most Fine Arts departments regarding the active use of analog means, some institutions such as the School of Visual Art and Design at Beaconhouse National University (BNU) welcomed the need for transition even in their policy. By promoting video, photography and performance as integral components of their visual arts programme, they impacted the way gallerists, collectors and practitioners began to approach art making as an inter-medium device.

Extendedly, as an evolving strain, the establishment and growth of art galleries is linked to interests on part of both local and overseas patrons, as well as a cultural renaissance following the end of the Zia era of the ‘80s, when calligraphy was regarded as the only kosher means of expression. Contemporary miniature artists have hence built up a vocabulary that chronicles a telling commentary on the state of Pakistan today, both caustic and humorous. Photographic responses however are still evolving and though it is too early to identify a canon or discernible movement, the secular versus theocratic debate in Pakistani society assumes critical importance in the current geo-political context and practitioners are responding to the challenge of living in an increasingly polarised society. However, at the level of exposure, as the market is yet to develop in Pakistan, most galleries are still wary of its consistent feasibility and appeal, and though better-known photographers are able to put a price on their work, for most young or emerging photographers, anything other than commercial assignments is a virtual impossibility.

Interestingly, with regard to content, censorship is not much of an issue, although there are the unspoken taboos, the nude being a major concern. The press is relatively free in Pakistan and photojournalism unfettered. Visual documentation therefore plays a part in making political statements and in highlighting issues of marginalisation and discrimination. For instance, the issue of secularism or its polar opposite, theocracy, and its destructive manifestation in the form of militant violence finds reflection in Rashid Rana’s most emphatic works.

From a global perspective, looking at the production of Pakistani artists from within and outside the country, we could suggest that those who do so from afar may have a greater degree of objectivity but less insight into the complex factors that shape the polity. Exile and displacement as themes find a place in the work of expatriate artists or those who now live between two worlds, seeking an uneasy balance. Lali Khalid, for instance, is a photographer who grew up in Lahore but has now moved to the USA, and much of her work is a meditation on notions of home, absence and presence.

Among those who remain active within the country, Karachi-based Arif Mahmood started out as a marketing man and an occasional photographer. He decided to quit the national airline, PIA, in 2006 to set up a photographic resource for the Dawn Group, now one of the country’s leading media conglomerates. As the head of White Star, Dawn’s photo hub, he has had an influence on younger photographers for a generation if not more. Aesha Arif, his partner, established Pakistan’s first photography gallery, Photospace, in Karachi in 2008. Though it went through several changes of locale, it could not withstand the vagaries of the market, closing down in 2011, although Aesha still curates shows under the Photospace banner.
Arif Mahmood’s work tilts towards the documentary for the most part with an interest in street photography. As one may notice in this editorial, his forte is analog black-and-white, and although he has succumbed finally to the lure of digital colour, Arif persists in the now almost abandoned use of analog film and handmade prints. He has published books and folios on the city of Karachi, the Tharparkar Desert, the Sufi shrine of Shahbaz Qalander and on the flood affected people of Sindh, developing a formidable body of work.

Other Karachi based photographers who have come to the fore are Tapu Javeri, Amean J., Izdeyar Setna and Farah Mahboob. Tapu is primarily a portrait photographer, but has also created abstract work, using painting in conjunction with photography; Izdeyar Setna is a practitioner who has held solo shows after having completed his degree from the Parsons School of Design in New York; Amean J. enjoys street photography, Karachi cityscapes, the mourning rituals of Muharram and the Zoo; Farah Mahboob explores aesthetic and spiritual concepts as a fine art photographer and a professor at the Indus Valley School. Momin Zafar, Khaula Jamil and Madiha Aijaz are also IVSAA Design graduates who are exploring the photographic medium through web-based forums, exhibitions and publications. 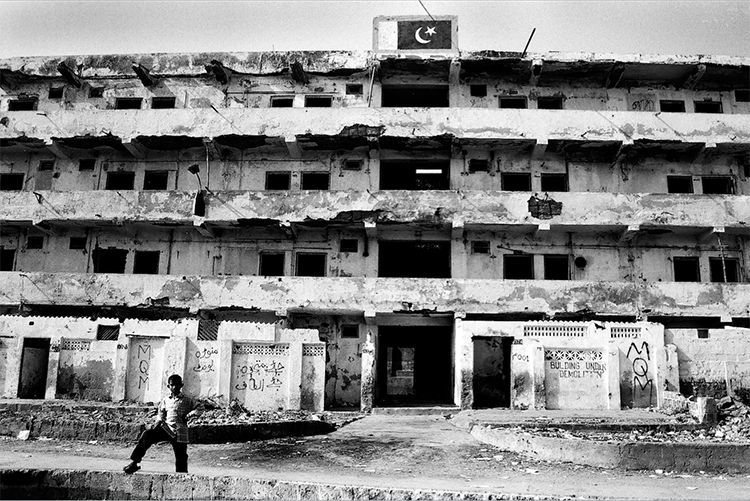 In Lahore, Rashida Raza, Shahid Zaidi and Ayesha Vellani are more established practitioners, while the emerging voices include Nashmia Haroon who taught at BNU, and Ali Sultan. Rashida is known for her sensitive black and white work and Shahid Zaidi after a gap of two decades, exhibited a series of lyrical, sensitively rendered landscapes. Ayesha Vellani, who has also taught at BNU, is a photographer with a fine arts background, and started out with photojournalism. Ali Sultan is a painter with a curious eye and mind for composition.

Similarly, Mobeen Ansari began as a fine art graduate but has recently published an ambitious photographic series of portraits titled ‘Dharkan – The Heartbeat of Pakistan’. Quite differently, Aasim Akhtar, based in Islamabad is an art critic and artist with an interest in cultural issues, teaching at the National College of Arts, Rawalpindi. His book on the remote valley of Kohistan is a photo documentation of a little known area of the country, and his most recent contribution has been in documenting the Hindu temples of Rawalpindi.

Rashid Rana and Naiza Khan are established artists who have incorporated photography into their artwork – Rana through the creative use of digital imagery and Khan through multimedia work exploring issues of belonging and displacement in Manora, a seaside locale in Karachi; Ilona Yusuf is an Islamabad-based writer and artist who employs solar plate etching, based on digital photography, to construct a narrative, and so nature, the built heritage and traditional motifs play a significant role in her work.

To conclude this brief introduction, inspite of all these developing trends and biographies, there is perhaps a lack of historicity in most photographic work given the relatively recent dawn of the nation. And so ‘the archive’ as a point of initiation is yet to occur in any meaningful way in Pakistan. Practicing artists and photographers have developed personal collections or repositories, as have large newspapers such as ‘Dawn.’ Even the National Library has an archive, but with restricted public access, while ‘Zaidis,’ which is a family photograph business, has an archive which is inaccessible to the public. Small holdings on particular subjects, for example, the Independence Movement, are on display at the Lahore Museum, but little else made available as a visual resource for photographers to delve into.