Suspended in mid-air in an apartment somewhere in Lahore, a couple languorously floats towards one another, composed in the same manner as an oil painting made by Marc Chagall, originally titled Birthday (1915). Location, dissonance and a poetic craving thrusts this reworked image envisioned by artist Amber Hammad (cover image), from a studio in Europe to a ‘flat’ in the East, making the world attentive to cultural differences – food, carpet and exterior; as well as our shared sentiments – tenderness and perseverance. Somewhere Paris and Lahore have crisscrossed in an astral alchemy, paying mutual homage – a virtual Paris of the East (as Lahore was once called in the Mughal Court) is played out in mixed media. Through the mesh and fold of social/print media, gallery circuits and pedagogical pursuits, the force field of images in this issue is one that consumes, inhabits and distills a contemporary practice, well beyond the isolationist reading one may have of Pakistan today – rather, its gestural capacity and historical imagination vehemently acknowledges how the image has a psychological core that can be accessed by those willing to look beyond the image. 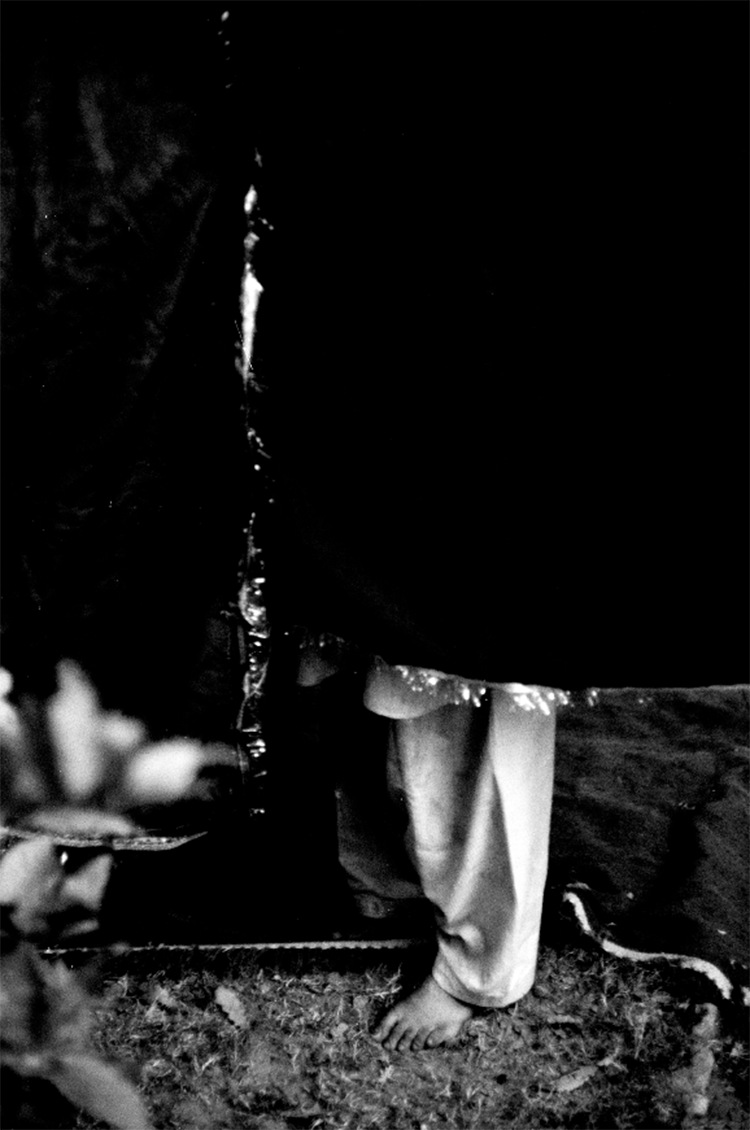 “Beyond the boundary” by Arif Mahmood My father’s house. Preparations for the Eid Milad-un-Nabi function. Karachi, 2013 35mm black and white film

There are many reasons to reflect on how far the regional identity of Pakistan as a ‘site’ for photography can be expanded in terms of its ‘place’ in an international arena – an identity infused with Persian, Arab and Central Asian cadences, as well as British history. Over the last 5 years, a series of displays and their related publications ranging from Partition as Productive Space at Cornell University (2012), Hanging Fire: Contemporary Art from Pakistan (2009) at the Asia Society (NY) and Memory, Metaphor, Mutations (2007) to mention a few, have consolidated our intercontinental ties; but also produced a fiercely independent practitioner. From the late 1980s, following the uncompromising regime of Muhammad Zia-ul-Haq, when artists were tackling an unexpected orthodoxy with conservative mindsets that affected every aspect of life from the constitution and school text books to censorship in the media – there was henceforth, a reactionary rise of popular art, one that continues to have resonance in the present media obsessed nation.

Consequently, while making a preliminary foray into the issue, some of the broader predicaments that came to mind were: what constitutes the physical geography of photography today? How are images from Pakistan embedded in different social, cultural, and historical conditions? And what does the experience reveal about the global condition of photography, and how does that (if at all) change our experience of ‘place’?

In this brief exchange through Surge, we have witnessed a reaction to and a shift away from the ideological dominance of the Islamic state, as intellectual spaces generated from image production highlight a critical evolution through media and manipulation – a step away from ‘newsflashes’, allowing for personal aesthetics to find centre stage via the images’ capacity to re-tell and re-live. In a conscious effort to amplify the anticipated compulsions, personal testimonies and assorted strains of the emerging photo practice in a neighbouring country as a joint editorial effort, neither is there a willful amnesia about the past. An eye to history further abets a reading of our prior exchanges, starting from the 1950s. Though marked by geographic separation and a constitutional birth, those very conditions became instigators of a modern arts practice. To mention a few examples, the work of Shakir Ali, traditionally from the J.J. School of Art in Mumbai, who then teaches at Mayo College; Ustad Allah and his resonance with Ravi Varma; Fyzee Rahamin from Mumbai and the revolutionary work of the Lahore Art Circle – and hence the ulterior reasoning for this issue was also about enabling the power of remembrance and motivation. 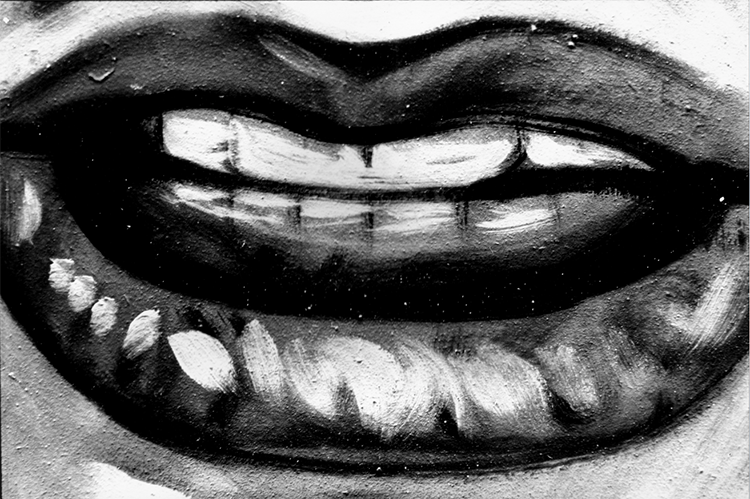 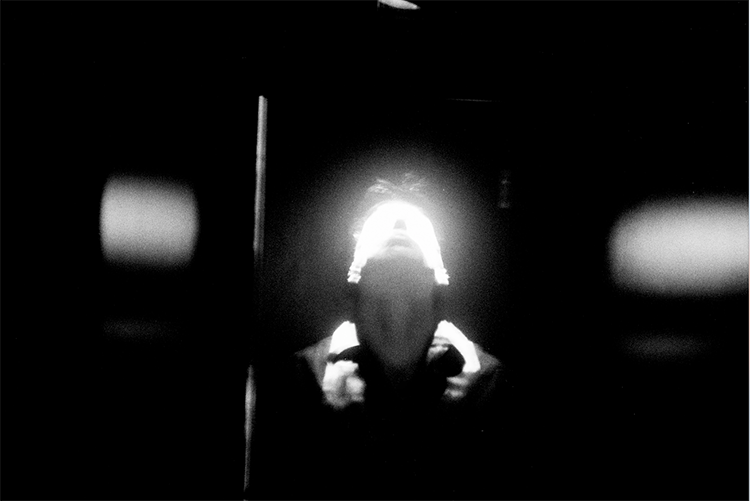 “Ethereal Light” by Arif Mahmood Amin Gulgee, the curator of the exhibition titled “FRESH” highlighting the works of 64 Pakistani artists 30 years and under. Karachi, 2014 35mm black and white film

Such a present may inherently be encumbered by politics that is ingrained in Pakistan’s arts practice, deep seeded with radical pronouncements that are energised by changing regimes. Amidst Afghanistan, Kazakhstan and Russia – its ‘strategic’ place is openly played up in international media, but is complimented by a South-Asian cultural insight into geo-politics: whether it be read through Rashid Rana’s later discovery of the assassination of Benazir while shooting a slaughter house; or Bani Abidi’s reconstruction of a visa office at the Romain Rolland Gallery (Delhi), showing the stresses and banality of trying to exit Pakistan, while actually not being in Pakistan, seeking perhaps to re-enact a sense of exile; and so too would the works of Adeela Suleiman, Asma Mudrawala and Ayaz Johiko among others present imagistic potencies that earmark the personal striving to unhinge stereotypes by amplifying the everyday.

This editorial seeks a reading of emerging strains and it will hence remain open ended as to whether we were eventually been able to identify practices as salient, exploratory, or temporary tropes. The ‘cusp’ as Arif Mahmood has intimated in this section is another catch-phrase for such a vibrancy in unconventionality, and diverse practice driven constituencies which routinely transgress the fractures between the secular, documentary and the aesthetic in free flowing ways. As one example, allusion to a European fine art practice, a pop culture (Amber Hammad, Sana, Khan, Tooraj Khamenehzadeh) communicates that Pakistan is indeed attentive to the western world and hence seeks a repositioning in the non-western one. In developing a more ‘placeless’ approach to culture, photography here embodies the broadened forms of the popular, seeking to resist canons but also working with trends that are shaping a cultural imaginary. Hence humour, play, the interface of national and regional identity, underlying terror, the private life of the citizen, a sense of displacement – all form points of engagement within this issue. 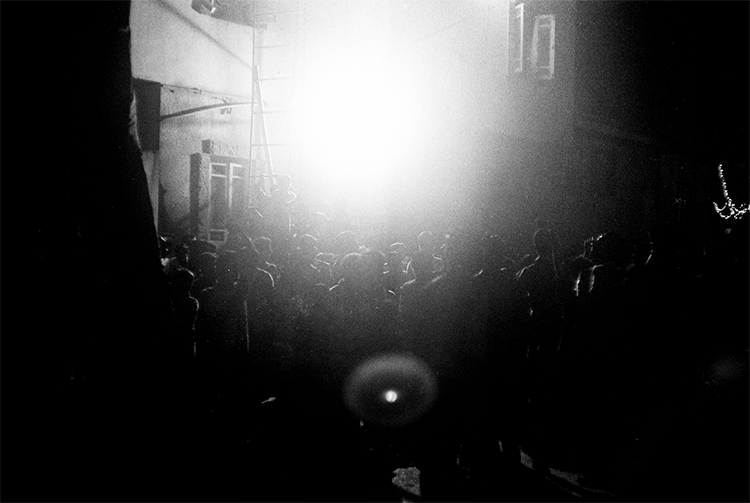 “Towards the future” by Arif Mahmood The burning of Rawan-Dushera at the Sawami Narain temple. Karachi, 2013 35mm black and white film

And to unearth this complex assemblage of photographs through forms of participation and engagement that visitors bring to this publication, perhaps one may be wary to position the future of photography as not only a ‘hybrid’ implanted onto culture, but as a live site that is remade by producers and viewers who reject, select and interpret. In the words of Szarkowski, whose quote begins the article, the scribe may well have disappeared in the noise of production, but has re-appeared as an apparition in a moment of a new literacy that takes freely from all practices, without constant allusion to one, or the carefree rejection of another.