‘What is Living? I Don’t Know’

Photographer Reza Nadji shoots an abandoned rooftop in Tehran, and the wall he captures bears an urgent scribble – What is living: I don’t know. Perhaps in Iran, as a local proverb claims, doubt is the key to knowledge. As is the case with life too, this idea casts an unassuming air of certainty with regard to Iran’s art practice. At once riddled with a sense of amnesia, shock, and frustration and finally hope – what you see here, is not what you get.

While in Tehran, I realized that the name of the Hotel (Ferdowsi) we were staying at was also the name of the street on which one of the most renowned photo studios of Iran operated. It was the studio of Antoine Sevruguin (1830-1933), a diplomat of Russian descent. His images are inscribed within a larger ethnographic enterprise and Oriental photography trope, looking at occupations and ‘types’ described as ‘Persian images’ in order to pander to the tastes of the westerners in the late 19th century. Sadly, after an Uprising in 1908, the entire street was bombed and most of his photo collection – allegedly over seven thousand images – were destroyed. In an attempt to modernize Iran, the Shah confiscated several others in subsequent years, and today, only a tenth of the original collection survives in private hands.

If history has proven that it repeats itself over time, perhaps at a glance, most of the interventions in photography being made in Iran seem to be an affectation of political instability, arising in themes of isolation, bereavement, awe and inspiration. Photography in Iran then is not only about a stylistic strategy that unfolds over time – and neither an image of something present – rather, it is a commitment to a forceful encounter with the absence of ‘truth’. To then pose the question, can we measure the potency of photography’s role in Iran or the range of its implications without knowing how it has been conditioned culturally? What do we actually see in them and what are their predecessors?

The complication or flux in Iranian identity is a problem with the reality of being exiled within the country itself, having the means of a citizen yet not enjoying the full extent of the rights that come with it. This conundrum has led to another kind of practitioner in photography – that of the ‘photographer thinker’. In a very measured way, most of the photographers in this issue position themselves as commentators on the state of the art viz-a-viz the rights of sovereignty and choice. Photography does not exist as art alone, rather it is part of a network that is relentless in its pursuit of exposing, challenging and reassessing the present by letting the world in – into their private lives, their homes in order to tell the truth.

The unfettered truth, however, is a metaphor, a moment in which images resonate with unintended meanings, or the ‘obtruse’ as Roland Barthes suggested in opposition to the ‘obvious’. The world of images created and destroyed perhaps, arises from the virtual motion of a pendulum between two aspects – swinging between the eye of the photographer and the geo-political realm of his art as an object of resistance. Here the body of evidence that the images represent suggests that we are all in tune with what the problem of seeing might be – it may be the inability to look beyond what is printed. As Iran elects a new leader for the country, one may return again to the question posed in Reza’s image. The search for answers in Iran, as well as this issue, is relentless. 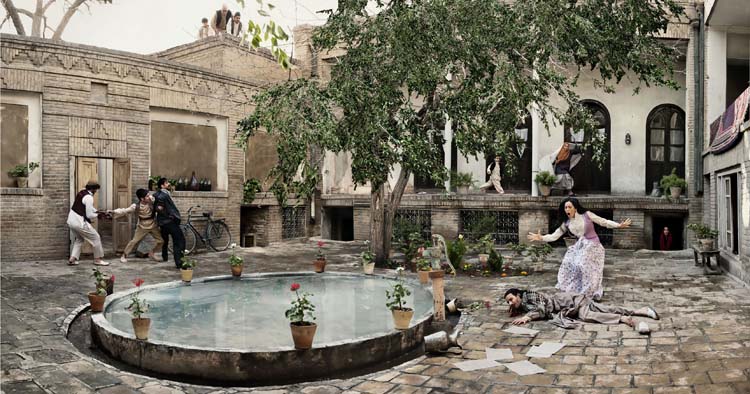 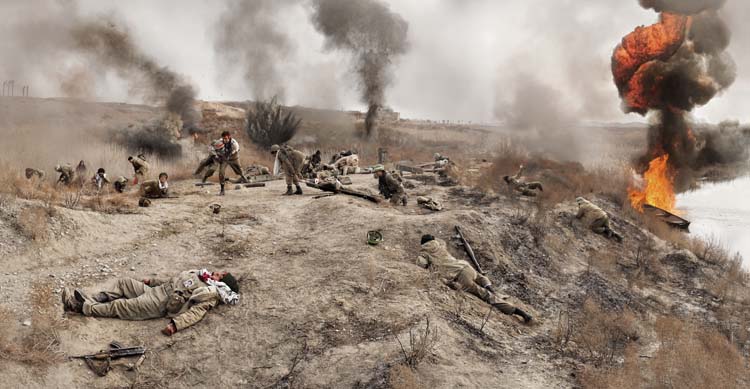 From the series By an Eye-Witness by Azadeh Akhlagi Mehdi Bakeri, 14 February 1985, Majnoon Islan, Iran, 2012