As I read an article about the last minute cancellation of the video link between Salman Rushdie and the Jaipur Literary Festival, I wondered how the virtual presence of a person could scorn the people protesting a physical one. But then images have always occupied this rather interesting space between absence and presence. And photography in its production, dissemination and consumption manages to confuse and intrude human constructs that otherwise seem inviolable.

Since the time of its invention, photography has been used as an instrument to record, examine and encroach upon unfamiliar territories. Notions of borders, private spaces and barriers have been diluted by the proliferation of images. In fact the production of images often depends solely upon gaining access to a space, either by permission or invasion.

The camera was a willing accessory to the satiating of the colonial eye as colonists invaded different areas of the world. The state and institutional machinery was not far behind in imbibing and assimilating photography as an instrument to the exercise of power. Photographic identification became a norm. Let’s reflect on the intimacy that a portrait offers even if it is for identification. The close examination of a person’s form even in two dimensions was previously impossible without the physical proximity of the person. Such an image though, created with the permission of the subject, if distributed widely and openly would constitute a breach of the subject’s privacy. And with information being stored and distributed digitally- hacks and breaches are not a far removed possibility.

What is seen more and more now is that photography as an instrument for trespass is being separated from the physical act of intrusion itself. The imagery from satellite cameras is readily available, webcams spread over large parts of the world spy on people rather unnoticeably and massive visual content is constantly being uploaded on social networking sites, creating what might seem a virtual double of the world, a repository to mine images from.

This world though low on fidelity, is effortlessly navigable with the rights of access still not prescribed. The furor over Google Earth making militarily bases visible was primarily because of the fact that this information limited to military and intelligence agencies was now made freely accessible to the public. The world is increasingly becoming a panopticon with ostensibly transparent barriers— perhaps its trespass lies in this very transparency. 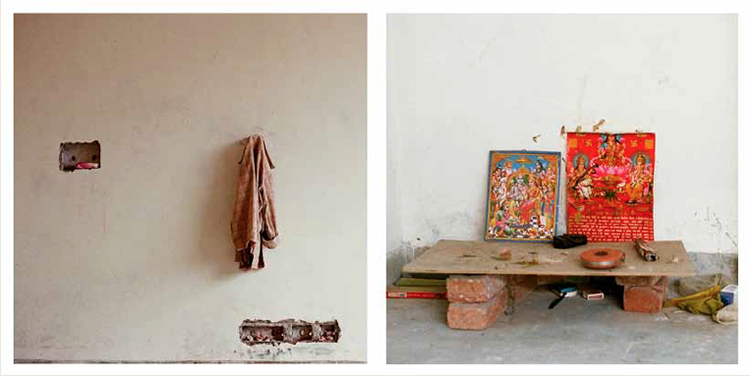