1960s Calcutta: After college, it was the time for A. B. Sen (age 25) to fathom too many things—to take responsibility for one’s own life. Being an only child and a member of a Bengali joint family, Sen grew up in the shadows of overprotective elders and a vigilant mother. He now wanted a life of his own! Armed with a certificate course in German, he found a job across the ocean and boarded a ship in the summer of 1963. Soon, he landed in Germany and joined a paper mill as an intern. From there to France, Norway, Sweden, and then Switzerland, he worked across Europe, and lived an independent life. He also took photographs on the road and began documenting every detail of his life in colour transparencies and black-and-white rolls, building a collection of his time in Europe.

After five, blissful years, Sen returned to Calcutta due to growing family responsibilities. Never one to live in the past, Sen had no time for memory. The colour transparencies were packed into a trunk and moved from city to city, often unopened for years. The European years were now gathering moss and became dining- table stories. This was the beginning of the ‘unemotional fugitive’.

Delhi, 2017: Now 89 and in hospital, Sen often narrated and repeated versions of the same stories set somewhere in Europe, traveling to where he lived and never went back. Using his photographs in their original conditions, An (un)Emotional Fugitive stitches together Sen’s, now fragmented stories—a journey of a life once lived elsewhere. A. B. Sen passed away in early 2018.

Vishwajyoti Ghosh is an Indian graphic novelist, designer and cartoonist based in Delhi. He also engages in archive-based art practices. He is the author of Delhi Calm and the curator of This Side That Side: Restorying Partition, an anthology of graphic narratives on the Partition. His recent project includes Bengali Spring/ Winter Sun, collage based artworks based on pulp non-fiction from the CSSSC archive, Kolkata.

All images from the series An (un)Emotional Fugitive
2017 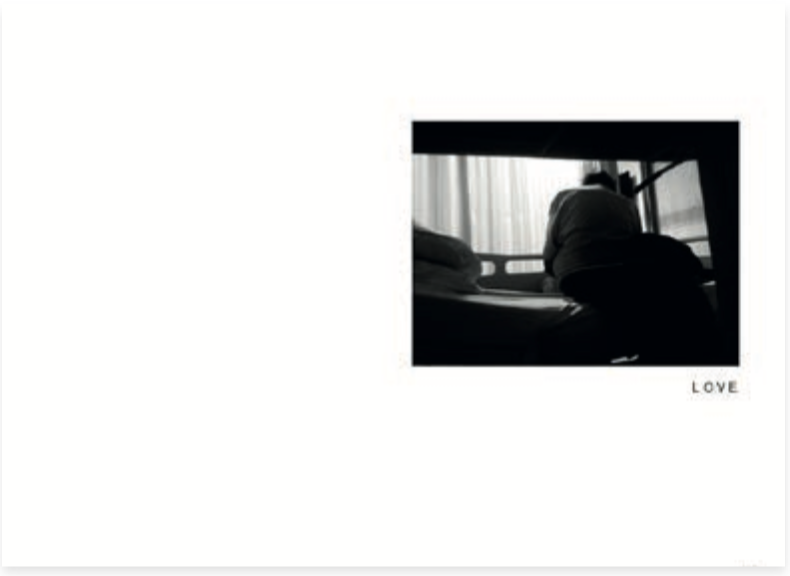 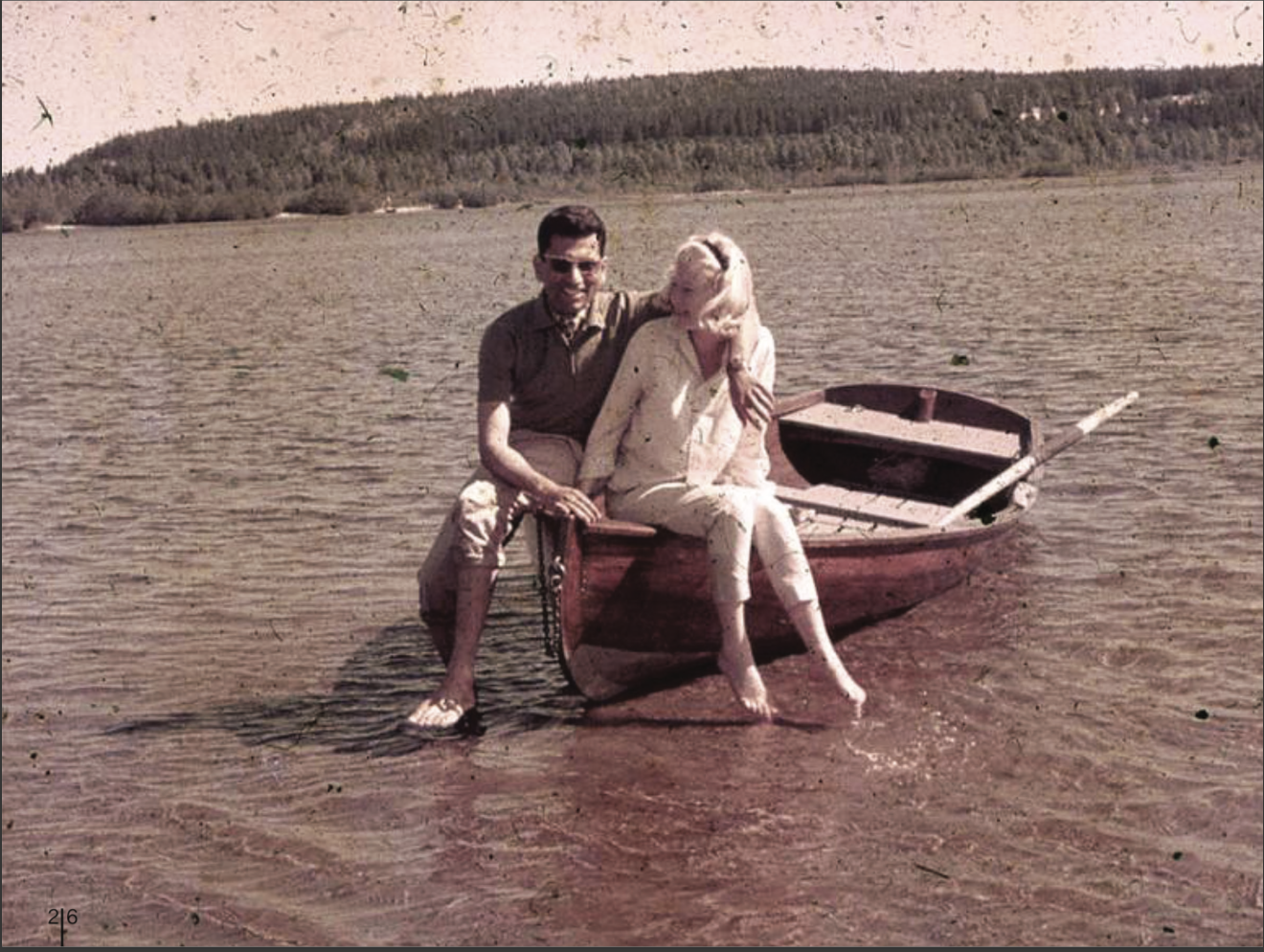 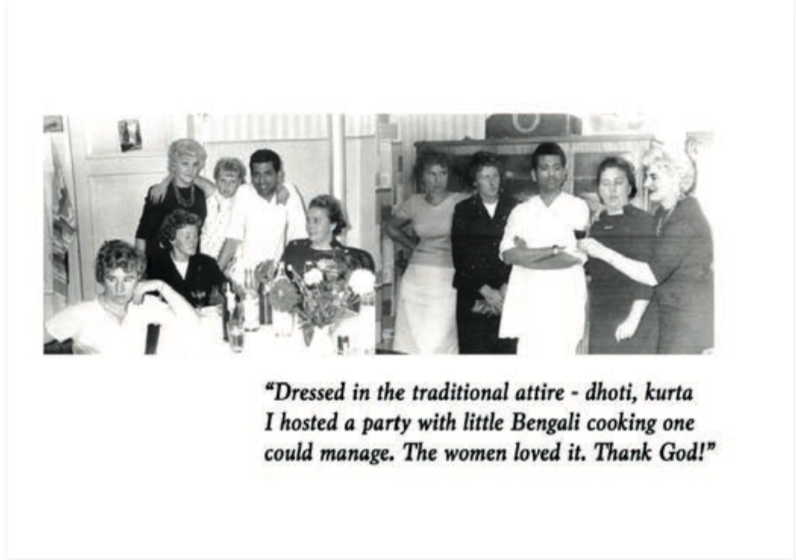 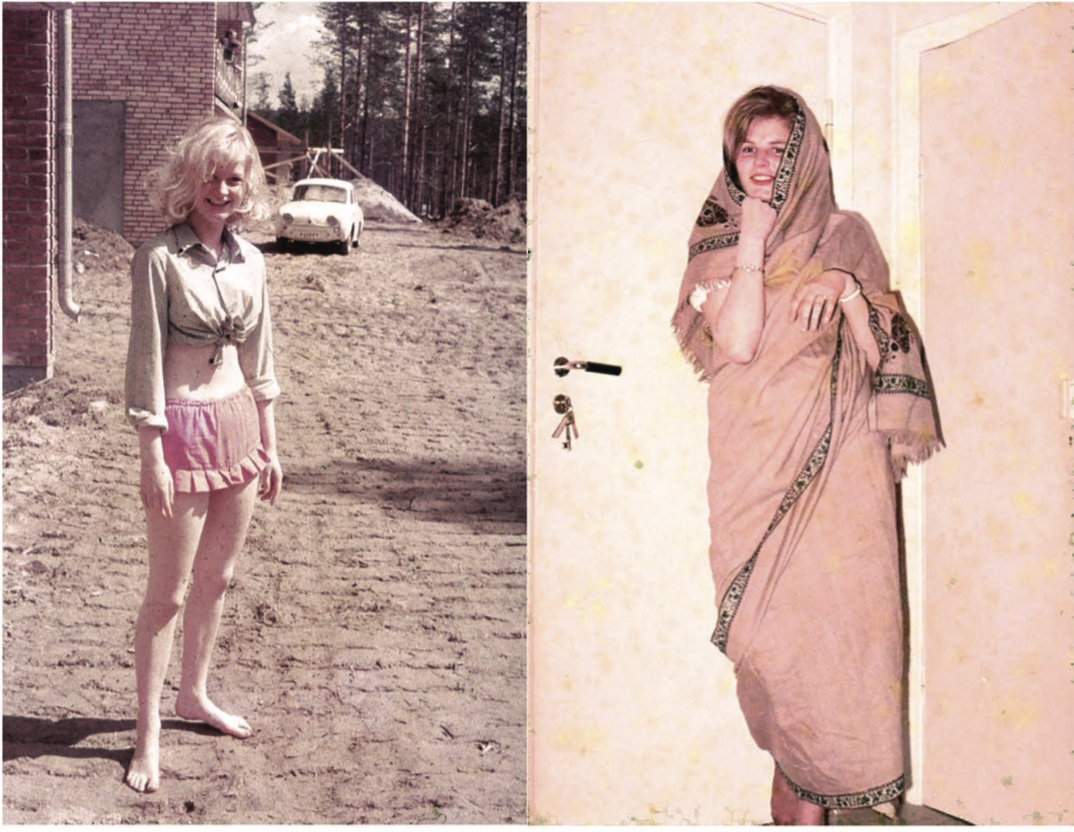 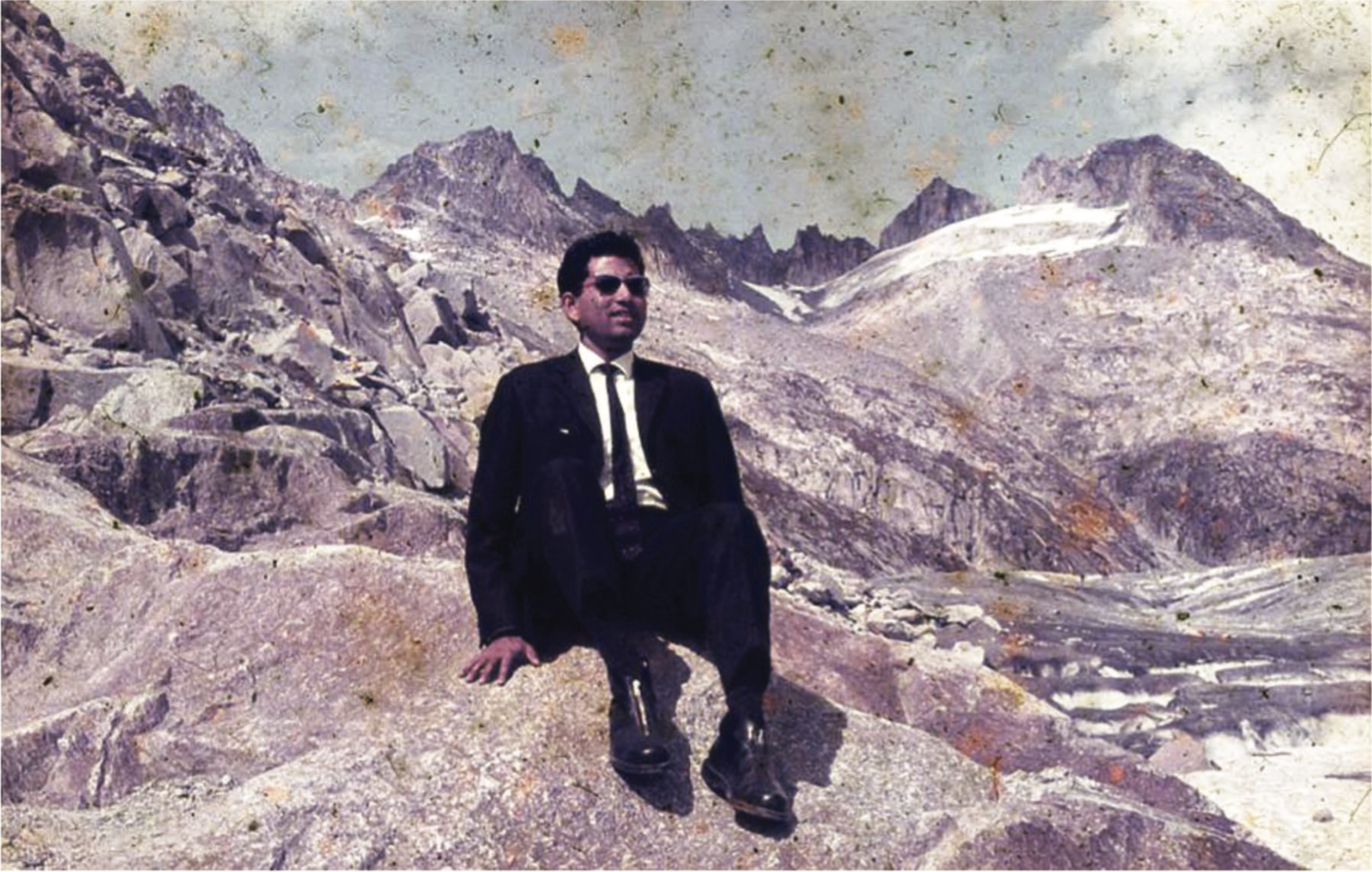 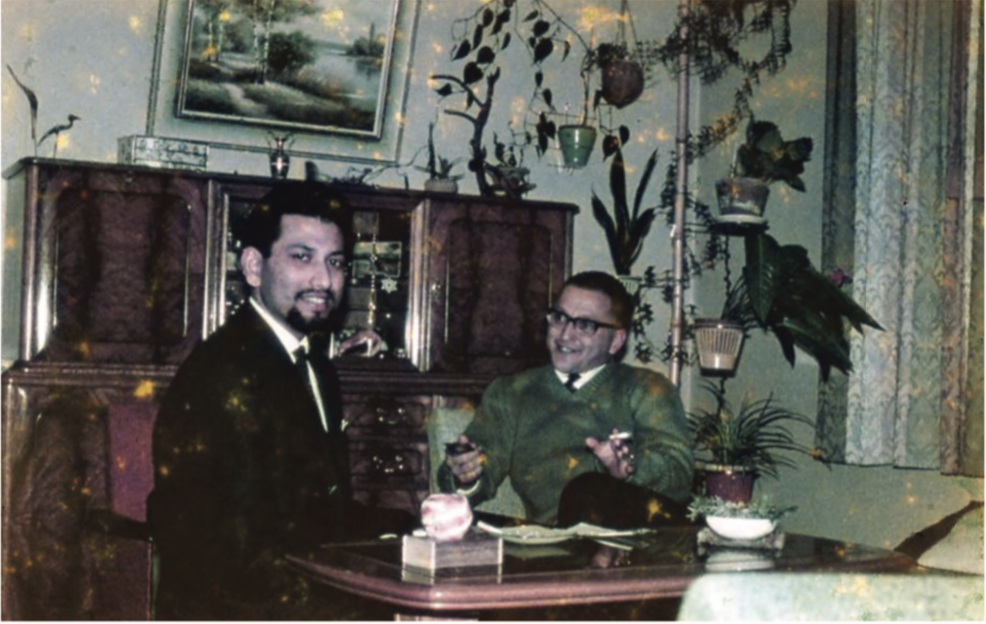 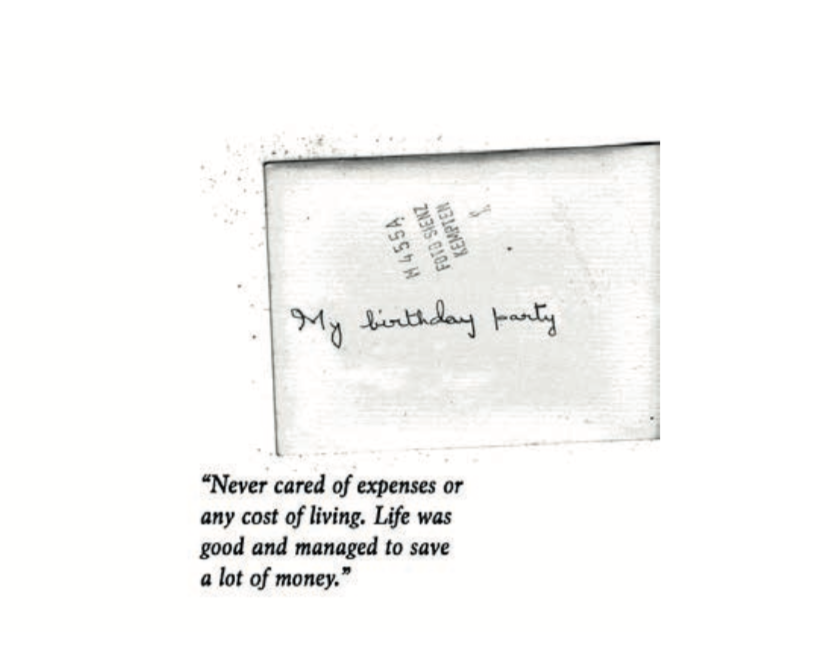 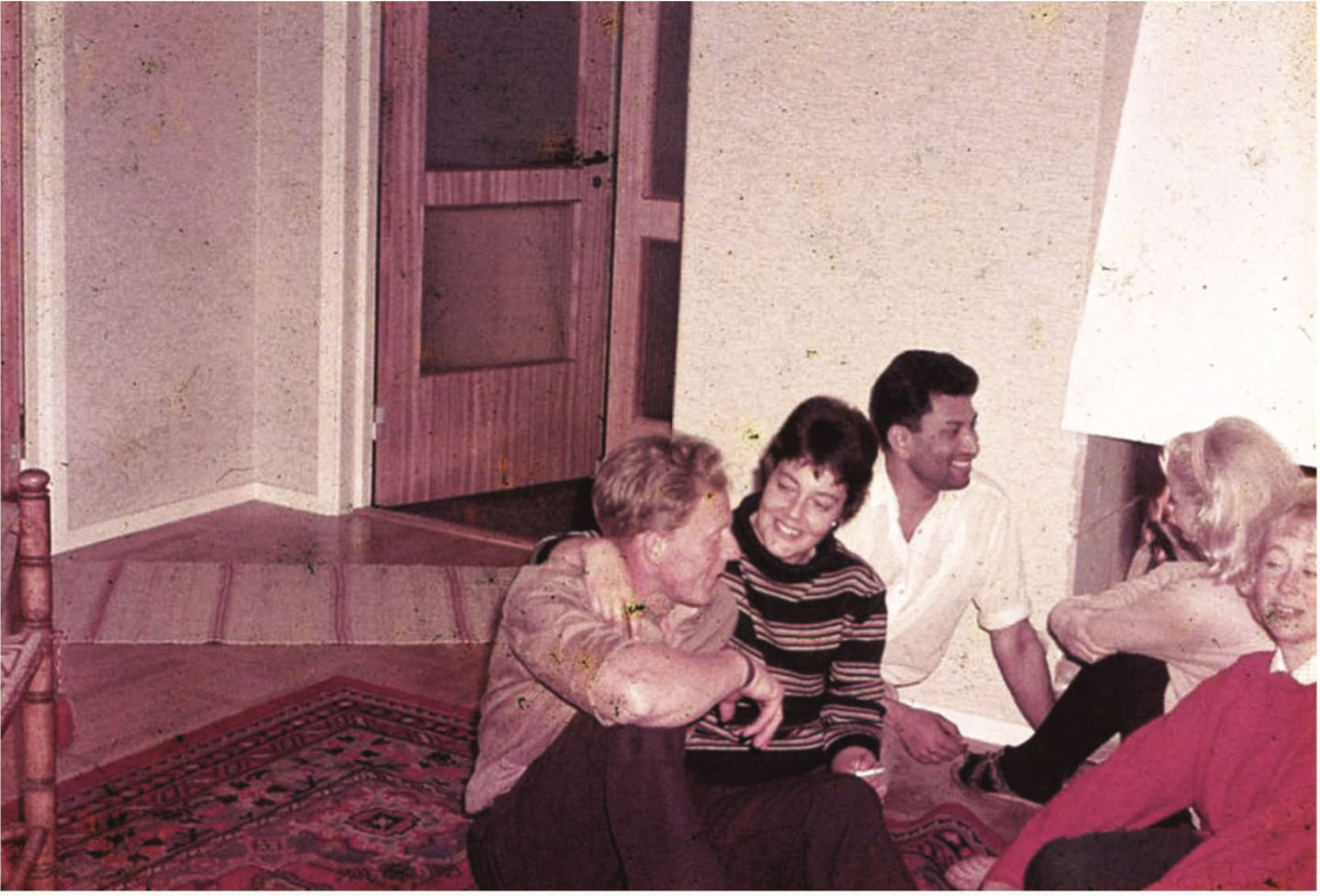