‘Items’ is a colloquial way of referring to an ‘item number’ or an ‘item girl’. It is also used as a disrespectful term of addressing a physically attractive women in an everyday context. An item number is a music and dance spectacle that appears in ninety percent of commercial Indian films. It showcases beautiful women (the item girl) in revealing clothes, dancing provocatively to a sexually charged, high tempo song in the company of overpowering men. It is interesting to note that the item number includes all male characters from the film, but often never includes any female characters from the rest of the film. Also, the item girl has no connection to the rest of the film and never re-appears in it. She is used as a commercial tool to increase the marketability of the film. My work therefore jostles with these two patriarchal and one-dimensional stereotypes of women that have been created and encouraged by popular Indian media as well as the innumerable fans that visit the cinema. 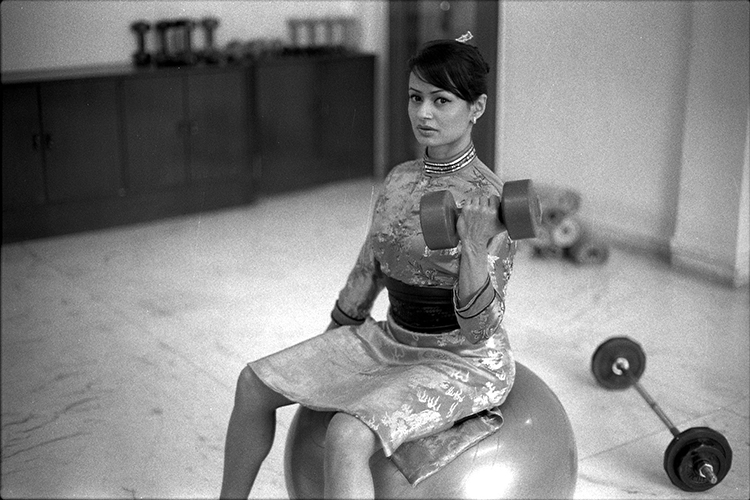 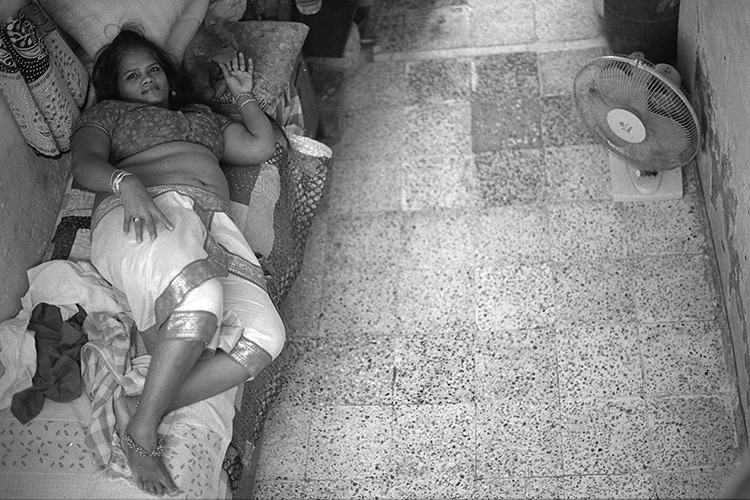 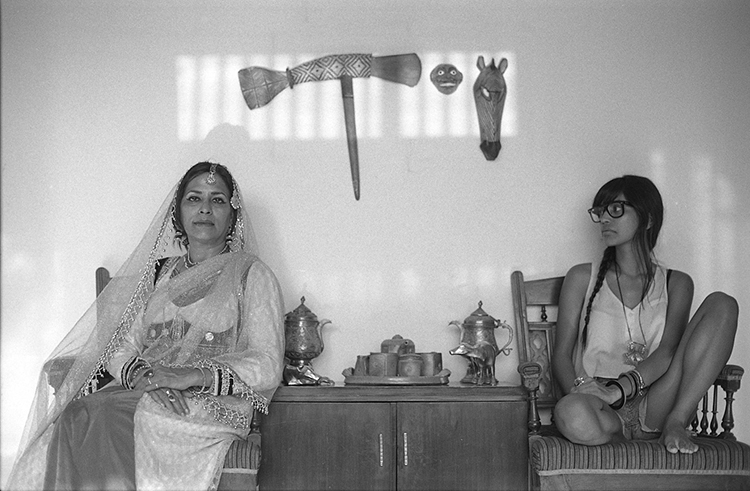 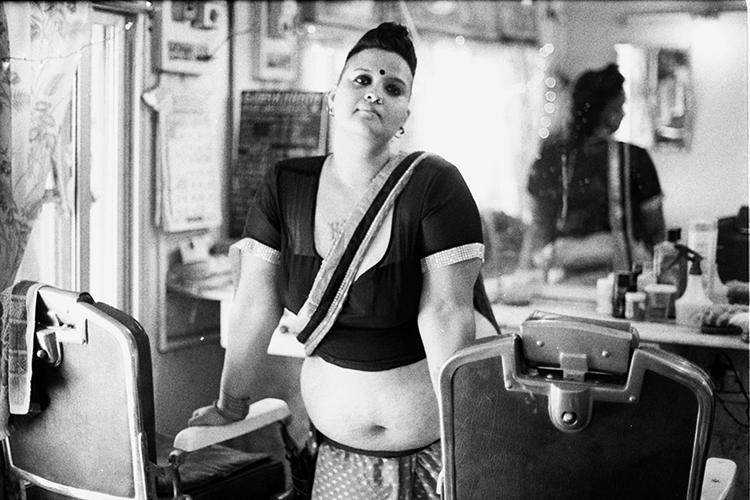 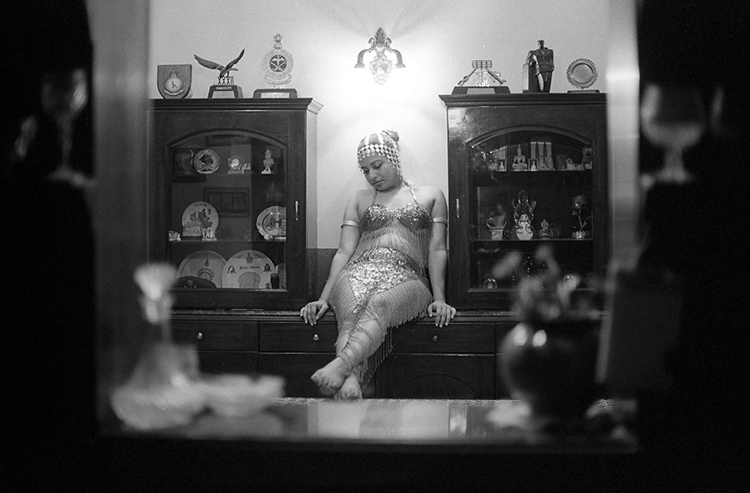 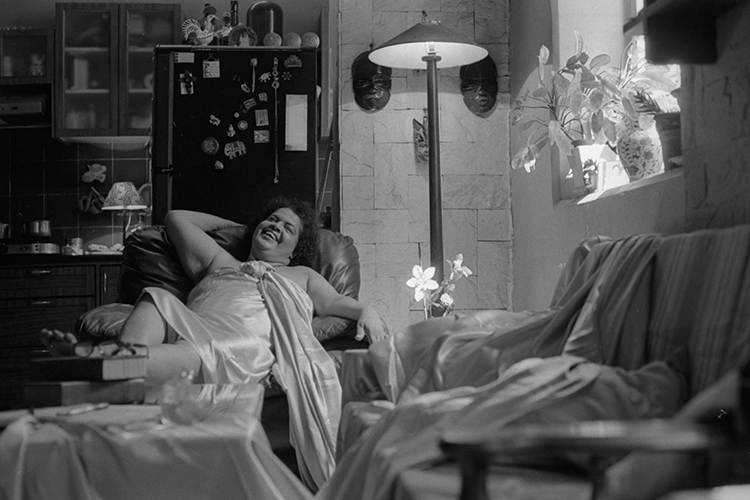 Feminism and queer politics have both long informed us that the personal is political, that biology is not destiny, that sex is not gender. They told us that the body is just one possibility, just as they gave us alternative ways and means to understand our bodies through ourselves. This perspective has, since its inception, fought structures that have tried to tell us otherwise. Structures that seek to define who we should be, how we should love, who we should love; structures we battle not just in ‘society’, but in our own minds, hearts and through our own bodies.

The works of Aishwarya Arumbakkam and Indu Antony, in stylistically different but often conceptually inter-connected ways, take this fight for alterity and contrast forward. They do so, however, using culture’s most under-rated yet sophisticated and powerful weapon: play. If gender is always part performance, no matter how deeply felt, then the ability to play with something so integral to our sense of self can unearth a profound sense of liberation.

‘Play’ reminds us that there are do-overs like there used to be in childhood afternoons playing dress-up, that there are no boundaries to the inventiveness of how we can see ourselves, dispassionately or extremely subjectively, no necessary breaks between the imagined and the real, and no pressures to be tangible. Antony’s photos evoke characters, both the fantastical and everyday, using masks, flourishes and costumes. They allow an embodiment, a performance of the ‘other’ and the limitlessness of transformation through time as well as through media. Yet the ordinariness of their settings – apartment stairways, train tracks, small city houses – refuse a reading that sees them as mere ‘fantasy’. These are images of the everyday where the actual, fluid, almost canonical nature of human bodies and their gendered forms simply lies unearthed, freed from the rules and conventions that usually binds them to a commonplace or stereotype.

Arumbakkam’s work may be initially read as more cinematic in its references to known item songs but it allows another, arguably more fruitful reading as well as a temporal and aesthetic juggling between past and present, black and white, as well as colour photos. The photographer’s intent to counter mainstream narratives of women’s sexuality succeeds not because it undoes the ‘item girl’ of original reference but in the ease with which her subjects exemplify their own performance, their own comfort with yet another version of themselves. The langourousness of Margaret da Costa and of Nanda Verma erase the signifiers they are meant to counter – there is no other image that remains in your mind.

The playfulness seen in the images hides,of course, a deeper uncertainty: how much say do any of us have in how we are seen and how we see ourselves? It is not coincidental that both artists speak in their statements of how much the taking, or indeed making, of these photographs moved and meant to them. The lines that may differentiate subject and object are meaningless here. Layers of performance and medium blur, and once again, the endlessness of how much an image can share its ability to create countless layers of understanding the ‘self’ becomes the only reality that remains with the viewer.