9:15 pm, 16th December, 2012: I made a photograph of my dear friend S in a nearly empty bus. We were on our way to a colleague’s flat for a get together. Around the same time, not far from where we were, a 23 year old paramedic student was being brutally assaulted in a nearly empty bus, just like ours. Her friend was also not spared. The next day I woke up to the news of her ordeal and the presence of that photograph. This essay is an account of what followed…Ordinary citizens, faceless citizens, unknown citizens came out onto the streets – they were not called upon by a political or a religious outfit – they came out on their own to occupy a space that rightfully belonged to them, to confront their passiveness and of those around them… I am not documenting this movement as a photojournalist/documentary photographer but as a protestor raising his voice for justice, equality and freedom.

A Culture of Courage

In March 2013, I had the pleasure of stumbling across the work of Chandan Gomes. I was struck by a black-and-white photograph dating 17 December, 2012. It featured a group of young women and men, some protesting, others walking away from tear gas. A line of more protestors lining the ramparts of the Red Fort looked down on the crowd, giving the resistance heroic proportions.

The photograph is a visual document of the revolutionary fervor and social unrest that rocked India after the 16 December rape and will become part of the collective memory of a generation demanding more space free from sexual violence. It serves as a historic milepost, capturing an instant of momentous change – of a society throwing off the shackles of old norms of what women should do – when to go out, what to wear, how to behave, what to say, where to go …Mesmerized by the image, I felt compelled to log on to the website of the Rang collective that Gomes is a part of. Gomes had documented the tumultuous events of the anti-rape protests in Delhi, producing iconic images of a youth in the midst of transformation and defending itself from a corrupt police, weak law enforcement, outdated laws and a conservative backlash against women in public places.

I was captivated by his photo of a girl’s shadow walking tall with a flag. The caption below was even more moving:

To Jyoti, to Nilofar, to Aasiya, to Manorama
To you, to him, to her, to us
To empathy, to compassion, to liberty
To a brave new country!

Let us not forget; let us not rest in peace. We construct history through photographs. Photography does not just document the present, but can extend back through temporality and shape one’s understanding of the past – acting as a bridge between history and collective memory. The value of these photographs is that they take us beyond the depiction of victimhood that would have left us feeling passive and depressed. A photo of a young woman with the banner, “we want justice” against the backdrop of other protestors and smoke from tear gas chronicles the popular youth uprising that forced the government to institute the Verma Commission and change the law on sexual assault in record time. Thus as time progresses, evaluating photographs can dramatically reshape our own recollection of the past and help retrieve moments that have fallen through the cracks of our memory or have been excluded from a dominant social history. The photo of the posters will remind us that while the women and youth movement wanted accountability for the rape,they opposed the death penalty. A valiant movement has started against rape and others forms of sexual assault. Courage is contagious. Gomes’ photo essay, taken over a period of sixty-four days, tracks the progress of that courage. They are a generational response to a particular historical narrative and will serves as a significant visual testament to India’s social history. 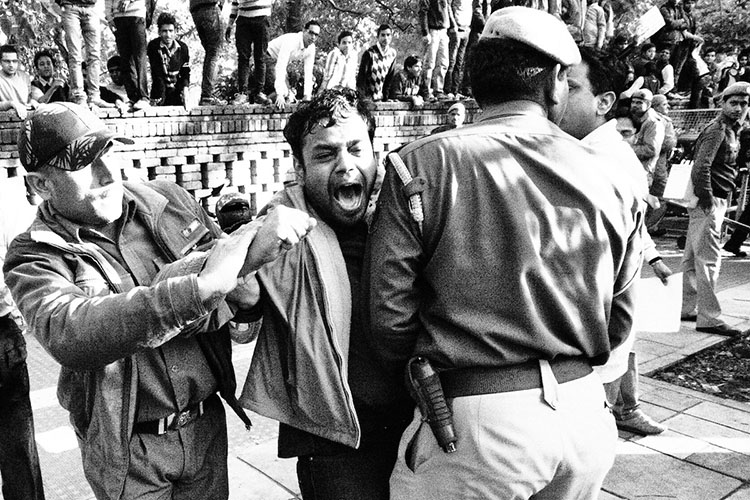 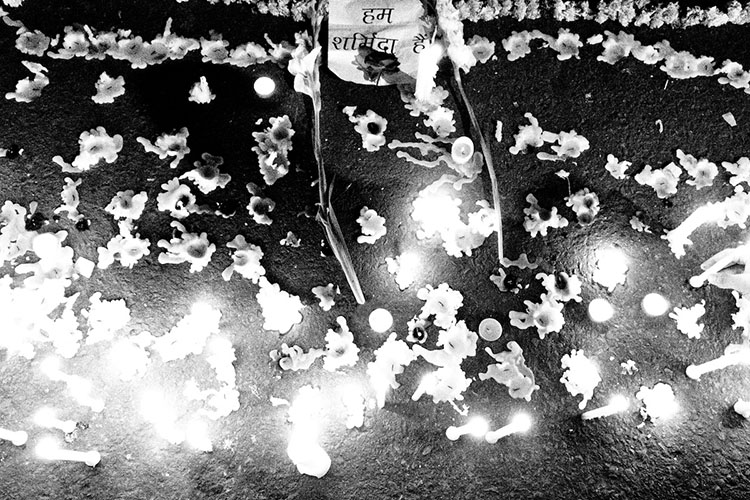 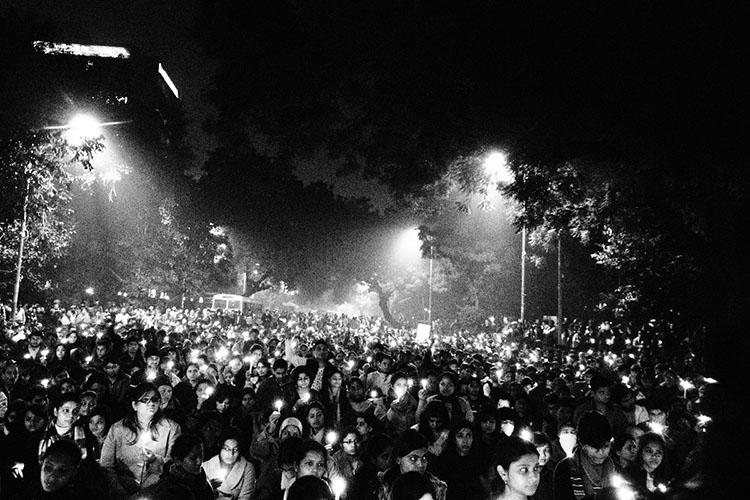 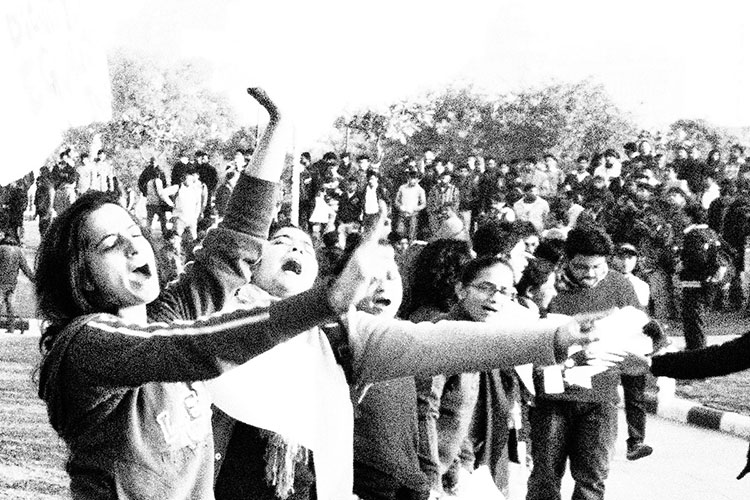 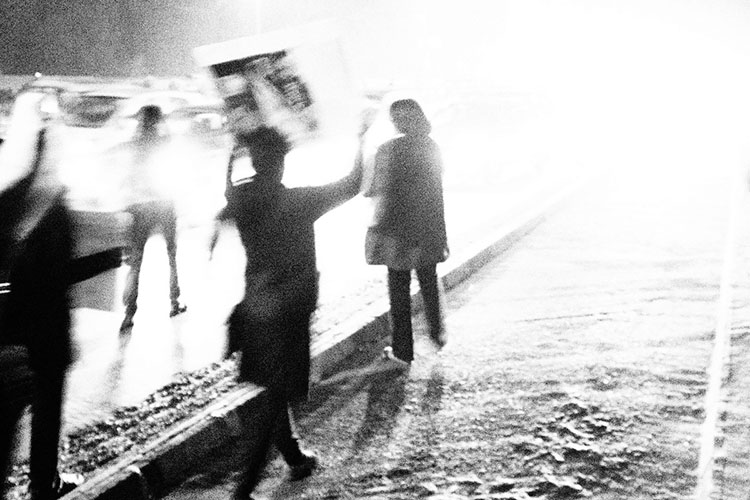 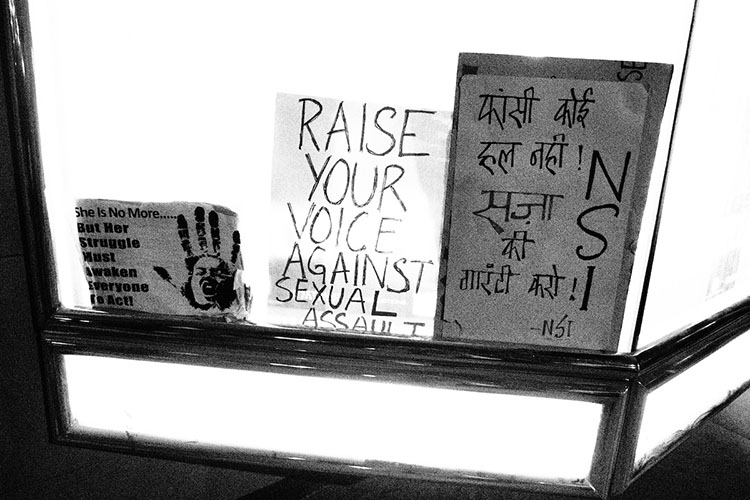 From the series The Unknown Citizen, New Delhi, 2012-ongoing