Aradale Asylum was a psychiatric hospital located in Ararat, a small regional town approximately 200km from the city of Melbourne in Australia. Aradale was first commissioned in 1865 and remained operational for more than 120 years. For much of its life it housed more than a thousand residents and operated as an independent community with a working farm and a largely self-sufficient internal economy.

A combination of new drug-based treatments driven by the pharmaceutical industry, policies of government disinvestment and a genuine and well meaning desire to integrate those with mental illness into the wider community led to the policy of deinstitutionalisation. The closure of many psychiatric institutions followed across much of the western world in the later part of the 20th century. Aradale was officially closed in 1991 and most of its remaining patients were discharged into non-institutional care.

All images from the series Deinstitutionalization Ararat ,September 2011-January, 2012 Digital 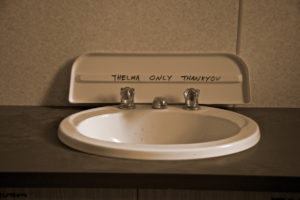 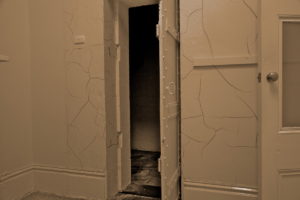 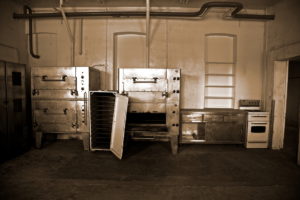 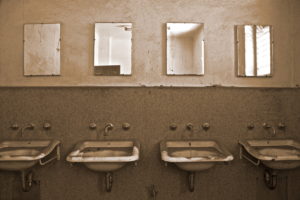 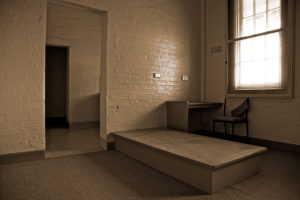 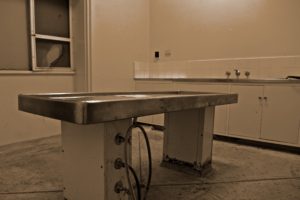 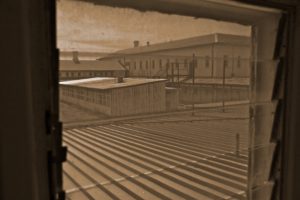 Arrangement of a scene:

I raised my head and saw no one

There is a terrible prison in the every day. Social laws govern the motions of our most frequent actions and interactions with each other. We are confined with utmost precision, by the lubricated agreeableness of behaviour that abhors and casts out those who refuse or are incapable of abiding by the system. Exiles who are shut away, labeled with warnings, looked upon with a wary eye. All of them, dangers to the fragile social fabric that the rest of us are woven tight into. A tapestry of expectations, designed by careful smoothfaced administrators, to keep us from disruption, descending into our nether-selves. One rule begets another and another. Perhaps those that are the most free are the ones that are the least bound by the ideals and conventions that we exact upon each other. Perhaps true freedom lies only in chaos and madness.