Somewhere in Between: The Lens and the Subject

The looking glass that India is reflected in is a peculiar one. It is exotic, it is poor, it is colourful, it is harsh, it is curious and at the same time, a paradox. We shoot, we write, we paint, we muse; and every imprint of a place becomes surreal in its interpretation. Each new version somewhere becomes an old indelible ink-like mark on paper. If the cities give us anonymity, they also give us incongruity. People jostle each other in crowds, seeing faces, making eye contact, and forgetting all but themselves in the next moment, many too busy working and earning their bread to even glance around.

Delhi, like all mega-cities is a boiling cauldron, threatening to spill over any moment. For some it becomes a cosy temporary base they flit in and out of, while for many it is that umbilical nest which they are unable to leave. But what stands out most about cities like these? In their differences, they’re all the same.

Their ‘sameness’ treads in the many footsteps that rush to work and bars, the sameness flickers in eyes that look at every different face in the crowd, it floats around like an invisible mist in the odours of sweat, perfume, and hot exhaust fumes.

And between all this ‘sameness’, there is Everyman. He has no colour, no face, no form. He dwells in each and every one, everywhere. The massive incongruity of our times makes Everyman important. The Cities watch shamefacedly as they see an old man trudging with bags on his head sweating in the afternoon sun; the Cities cringe when they see a white man in a sea of coloured ones being dishonestly charged extra for a taxi ride, it flinches when they see bodies on the pavement shivering under blankets in the cold winter wind, while others glance out of bay windows at the leafy streets.

So what happens when the looking glass peers within? What happens when one Everyman tries freezing time on everyday streets? Does he become a part of that life, or does he stand out even more?

Every imprint is a new version, a picture diary of misfits and comrades. They smile at the outsider amongst them, a bit perplexed by his idiosyncrasies, but include him with a smile. For what is freedom in the end? Some feel free when they’ve smiled through a whole day, when they’ve earned a little extra. And some feel free through inclusion, even if it’s for the sake of art—it’s still a part of the truth.

All images from the series Recent Work New Delhi, 2011-12, Digital 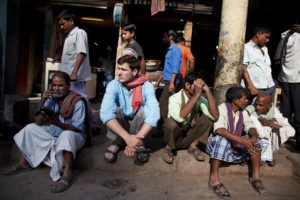 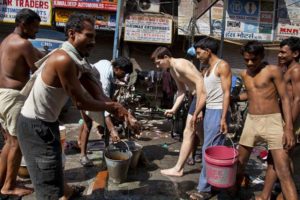 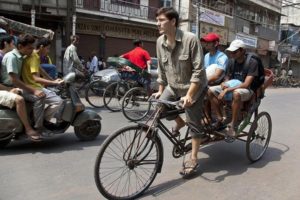 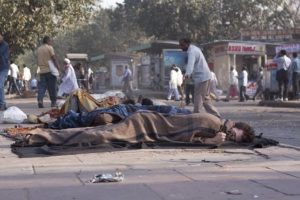 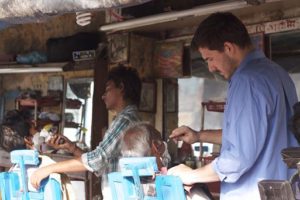 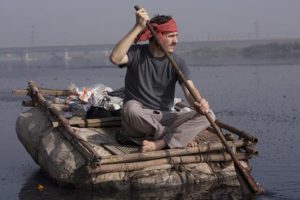 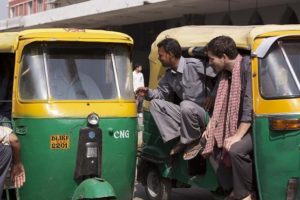 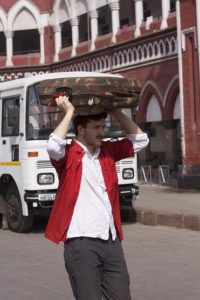