Wedding photography is a familiar visual experience. It draws up into an already understood narrative, a series of contrasts—a public event peopled with the deeply personal, solemn ritual and spectacular emotion, the masked and the intimately known. The wedding photographer too is well-recognised, relentlessly intrusive while entirely faceless and unseen. A mass wedding is even more so and the photographer then strains to draw together the bursting edges. The Sarania community wedding in rural Gujarat was unique in serving as a means for brides to escape induction into the community’s mainstay of prostitution.

These photographs document the pragmatics of this singular event and do so by showing how the standard visual narrative of wedding photography falls apart into a series of jagged elements, which do not weld well. The tensions plotted across them, often all too literally and externally, were perhaps never meant to hold together, and yet they must, like the actual scene itself. High contrast dominates the pictures in the form of saturated tones and excesses of glitter and dark. But also in the form of the barely held together extremes of the narrative that span across a wailing woman at one end to the steely gaze of a child groom at the other. The viewer is thrust up close into bodies and faces crowding the photographs in such a way as to preclude any opening from the community gathered around supportively, stiflingly. The striking colours of fabric and ceremony give way to the diffuse blacks and whites of gauze and grim portraits yielding in each instance to accoutrements that conquer their uneasy subjects. The photographic juxtapositions are forced, as forced as the unions sanctified if not more.

The child groom at the end arrests us with his direct gaze for a long moment, but in that same foreboding silence, he sends us away. There are other points of engagement to be sure—the girls looking at us through their veils, sometimes with boredom, sometimes apprehension, sometimes with certainty. But none of them said as clearly as the final one that we are done viewing and we had better take off. We take leave accordingly; the photojournalist, adept as ever at signaling the close of an event, its actualisation and completion, returns us to the world of possibilities, of mundane familiarities and the indifferent freedom of the status quo, our own worlds.

All images from the series The Vadia Weddings Vadia, Gujarat, March 2012 Digital 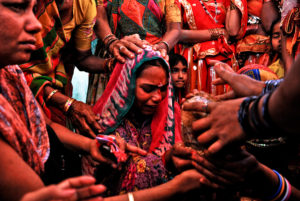 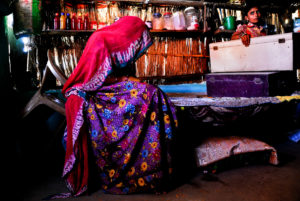 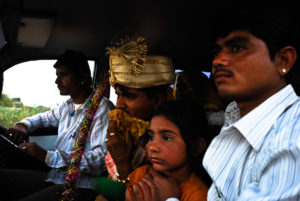 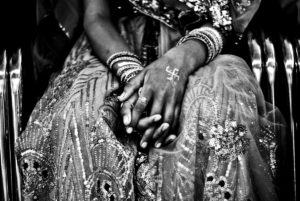 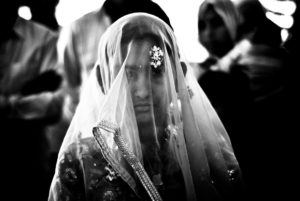 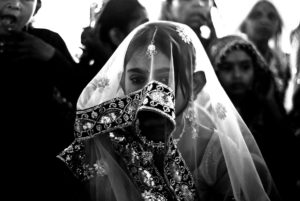 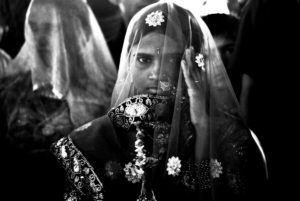 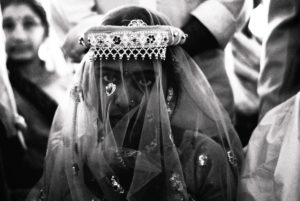 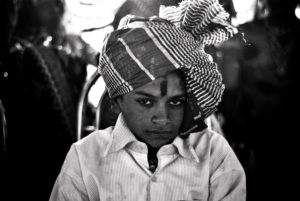