Wooed by a Woman

During the 80s and early 90s in Pakistan, feminist urgency called for more positive portrayals of women in the media. This call came forth against punitive legislation, continued media cloistering of women, and a dominant culture of censure. Its activism came in support of the complex, lived lives of women whom we had just, it seemed, begun to re-discover. Chaddar and chardiwari no more. Political response necessitated “coming out,” into visible public life. In terms of imagemaking at the time, ‘positive’ meant ‘more intelligent’—but it also meant more prudent, perhaps.

Nariman Ansari’s series of photographs takes on a very different prespective, as it were. Her images do not challenge misogynist stereotyping by replacing the old with new, improved visions of womanhood. They perform a strange magic, from within the confines of conventional role-play.

As a sampler, or starting point for conversation, she merely suggests – Ansari stages herself as each of ten recognisable personas. She does so with minimum outlay and with impeccable gesture. Quite seamlessly, the photographer visually surpasses questions of personal identity, authenticity, authorial agency. Instead, we find an irreverent energy, irrepressible, a kind of performance piece here akin to camp aesthetics.

Ansari renders the very idea of the natural (woman) as ironic, in view of the photographs’ given degree of stylisation. And style itself implies fashion, décor, embodied posture—an entire cosmology of gendered roles turned to artifice, and to acquisitive pleasure. This shift from values of subjectivity to theatrical surface is at first laughable. But it is also deadly serious.

It substitutes essential truths with the idea of impersonation. Who does one act out daily, with such dead seriousness? Or rather, is “the real” far more malleable and flagrant, than one had imagined thus far? To borrow another term from queer polemics, are we indeed caught in the strenuous activity of passing for straight?

Ansari’s visuals are each on their own a dynamic narrative entity. They may not forgo the “sordid perils of actual existence,” as per Wilde. But they do question a certain kind of moral fervour. They question a kind of literal juxtaposition at the heart of media image-making with respect to women. And they do so by using the same fantastic tools.

All images from the series Transcending Stereotypes Karachi, 2010, Digital 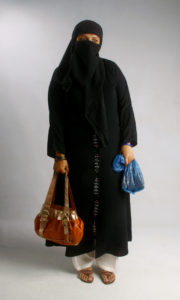 They belong mainly to the lower middle and lower class. Many are housewives and many work in salons, as teachers, telephone operators, etc. They don’t use the burqah so much for religious reasons, but more for cultural reasons. They cover themselves as a sign of a respectable status and belonging to ÔgoodÕ families. Women working is not applauded in these communities due to lack of education, this also gives them a way of hiding themselves as they head for work. 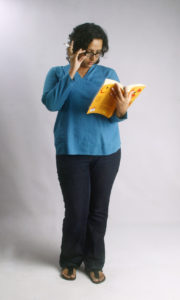 These women are thirty-somethings and are mostly seen at poetry readings, plays, the occasional press club protest about internet censorship. Many of them are journalists, artists, and poets. They avoid dressing in embroidered clothes, sticking to either western black tops, or solid colour shirts made in ‘khaddar’ cloth. They want to be taken seriously and yet reflect their individuality and bohemian nature.

These women, mostly twenty and thirty somethings are educated, belong to upper middle class and upper class families. Their families are liberal, and many are western educated. They are urban, and most of them work. They are seen at every party, every fashion event, and aspire to be in the social pages. 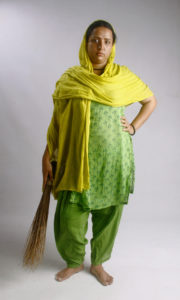 These women are standard features in every Pakistani home. They belong to the lower class and live in slums or makeshift tents.. Even lower class households hire them. They are transitional characters. They arrive and clean your house, bathrooms, wash dishes, and clothes and disappear in one hour or so. Sometimes they travel in buses for hours to get to the houses or apartments they work in. They are illiterate and very poor. 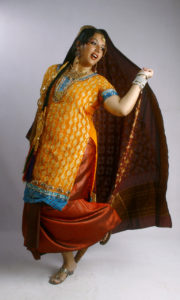 This woman is the ultimate fantasy of the truck driver, the rickshaw driver and the shopkeeper. Lollywood is the name the media has given to the Pakistani film industry. The Lollywood actress depicted is from Punjabi language films. These heroines are mostly large, big busted, women who are loud, vulgar and yet, innocent. Our films carry sensibilities and stories which cater to the rural and lower class. The heroines are mostly women from the red-light district which is why most urban actresses would never dream of entering the film industry. 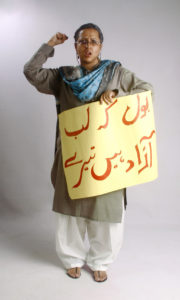 These are serious, urban intellectual [or pseudo-intellectual] women. Also known as ‘NGO types’. Feminists also fall into this category. They are seen protesting in the streets or on current affairs talk shows when the issues are about women’s rights, or crimes against women or freedom of speech. The attire is reflecting seriousness and yet tastefulness. They are cultured, and belong to the upper middle class mostly. Their style is all about tradition, taste, and neutrals without being conservative. The sign reads ‘Bol kay Lub Aazaad hain tairay..’ This is a famous line from Communist Pakistani poet Faiz Ahmad Faiz which translates into: ‘Speak; for your lips are free.’ 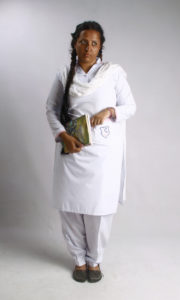 The college girl is the picture of innocence and virginal naivety. She belongs to the lower middle class and studies in segregated government schools and colleges. Comes from the parents who work as drivers, operators, clerks, and aspire to be teachers, or doctors, as those are the most respectable professions for a girl. 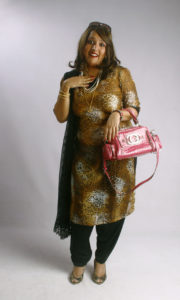 These are urban middle-aged women who are from upper class families or are married into them. They hold ÔkittyÕ parties [all-girl parties] and coffee parties and dress up for each other. The cheetah printed clothes, and the light streaked hair is a common feature. There is always a show of gold and diamonds to show status. Many of these women have arranged marriages and throw themselves into friends and fashion and socialising since there is money to be spent. They fly to Dubai to shop for anything and everything. Family vacations are mostly in Paris, or London. 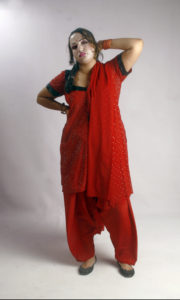 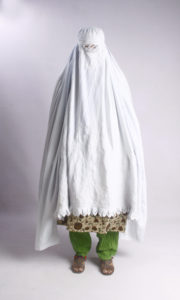