For years, I have been collecting objects that seem interesting. I have used them in my work in various ways. Of these, one project has been to arrange them in my studio and take photographs. The resulting images are printed on archival paper and exhibited. This entire process can also be called ‘photo-performance’ in the sense that it is a photo documentation of continuously changing installations happening in my studio space.

Last year when I went to Chor Bazaar in Bangalore, I found a clay statue of Mahatma Gandhi for Rs 10, barely three inches tall, amidst metal scrap and junk. I had never seen such a statue of Gandhi before, though I remember seeing similar figurines (of other characters) arranged during Dusshera. Presumably, the statue belonged to an era when Gandhi was revered. In one stroke, it brought back all the links my works had with the image of Gandhi for more than a decade and issues related thereof. It provided me with raw material to explore Gandhi once again.

Whatever I know of Gandhi is only through writings, photographs, museum collections, statues and popular images in posters, stamps and movies; most of the time they don’t reveal a mortal man with flesh and blood who changed a nation with his conviction. Through this series I was unpacking the practice of how we deify, revere and also doubt Gandhi. It is not a uni-dimensional response but a concoction of diverse responses.

All images from the series Gandhi I found
Digital
2010 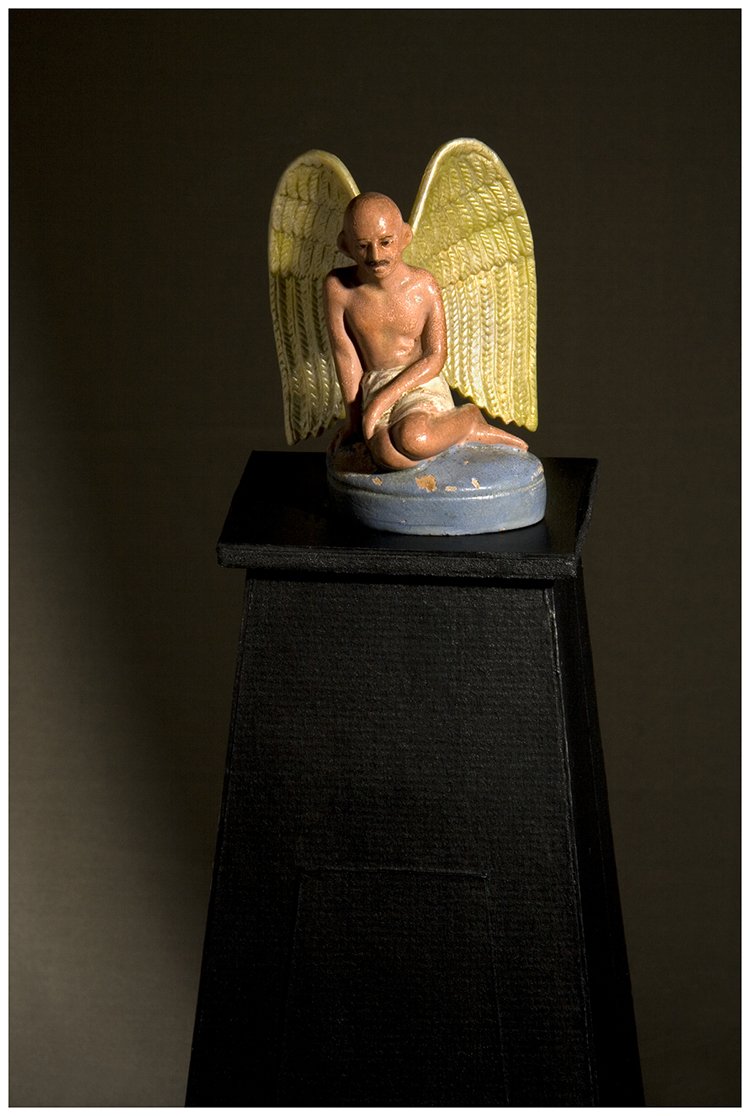 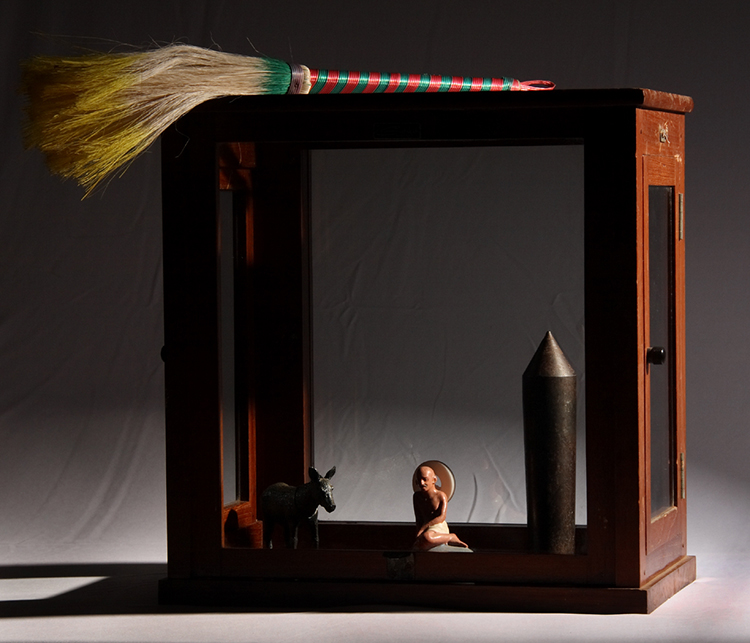 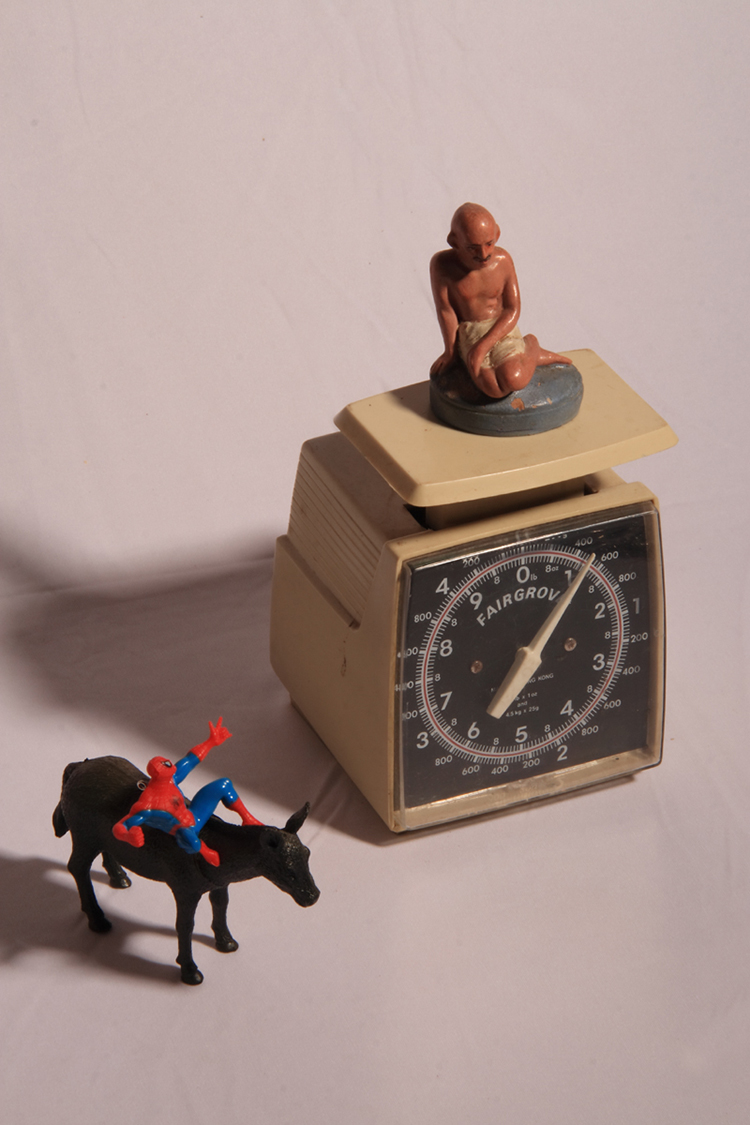 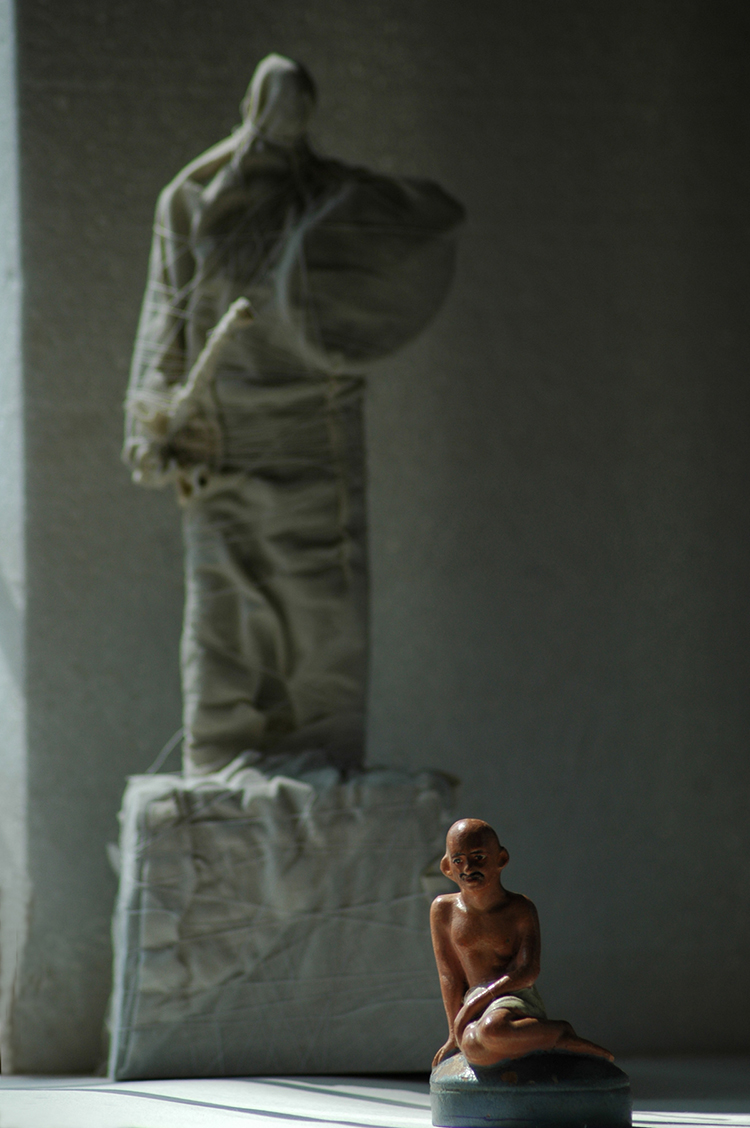 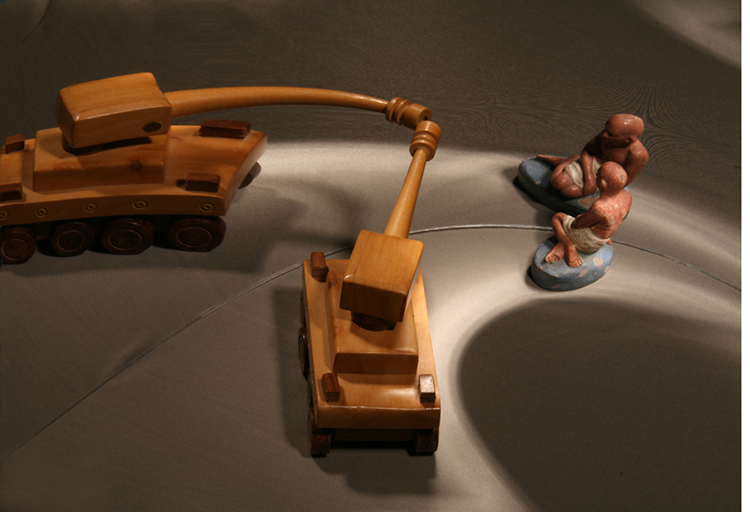 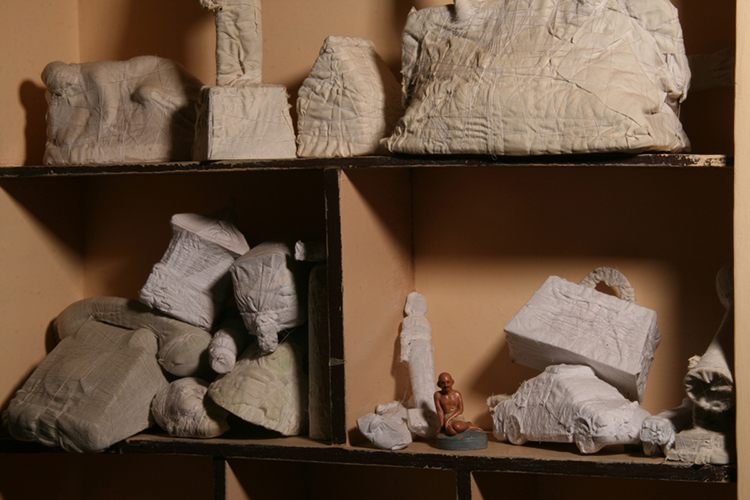 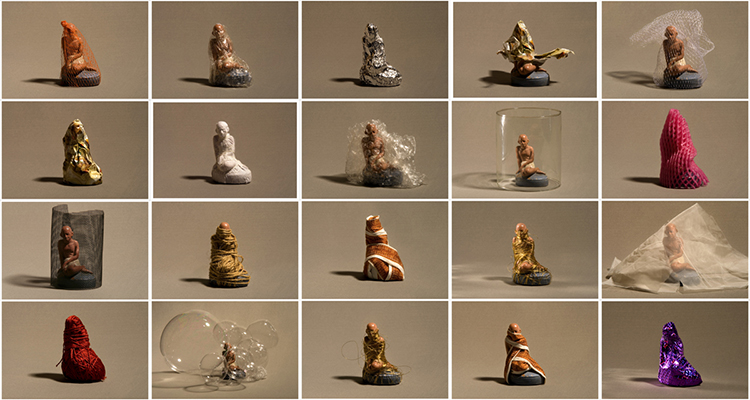 Other variations of the series include ‘Ideas for preserving Bapu’, which is a set of 20 images in one panel. I attempt to explore various ideas for saving, protecting, preserving Bapu in these troubled times. Gandhi is covered, mummified, packed and packaged in various ways. By locating ‘Gandhi’ in various imagined situations and in relation to various objects, I try to gain a different kind of understanding / insight about how we engage with him as a person, idol and as an idea as well as a presence in our midst.