An image over an image over an image, ad nauseam. Is it a perpetual injection of self-reference that makes the process of viewing and interpretation circular and infinite? The artist invites critique, even offense by placing himself between the mirrors, forcing the viewer to see his image refracted through the lens of middle-class portrait practice. And, as the viewer, I simultaneously participate in the fantasy, placing myself in relation to the artist and the practice he is interrogating, and deny the fantasy, as I fixate on the points of armature that connect and bind my relationship to the photograph and the image. 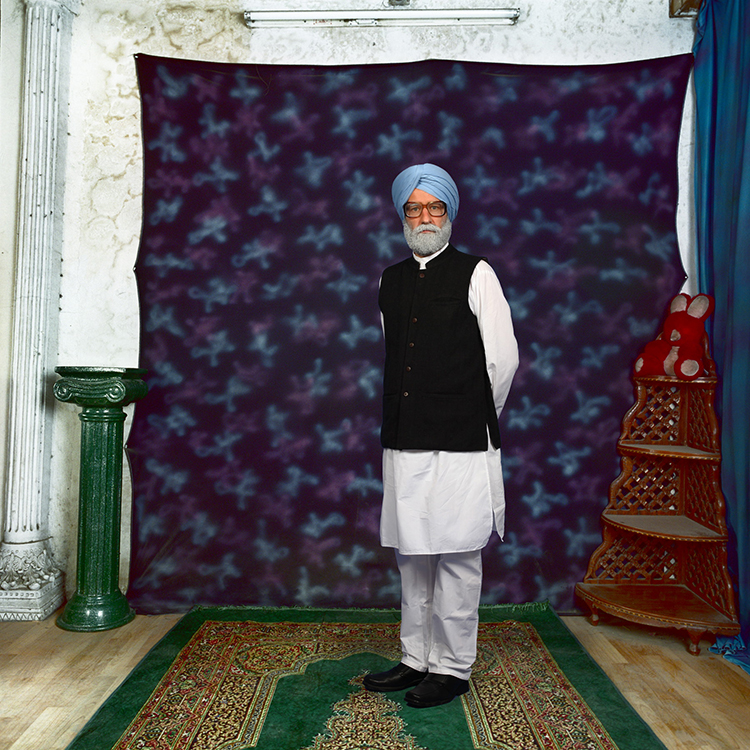 None of the issues I mention are new. The discussion of identity and appropriation in photography is well-worn, if not without meaning (unfettered from definition through ceaseless deconstruction). And perhaps in this meaninglessness, meaning can be teased out again. 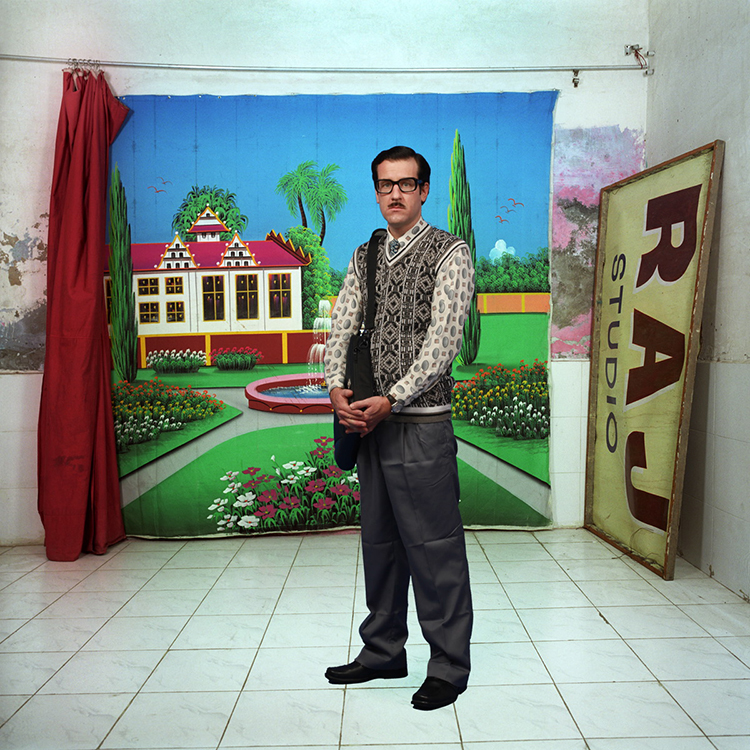 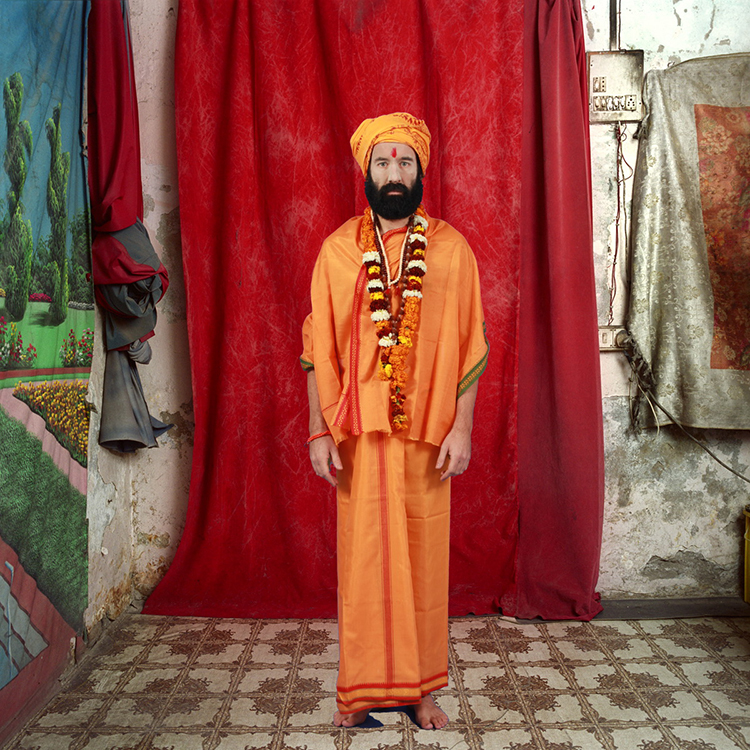 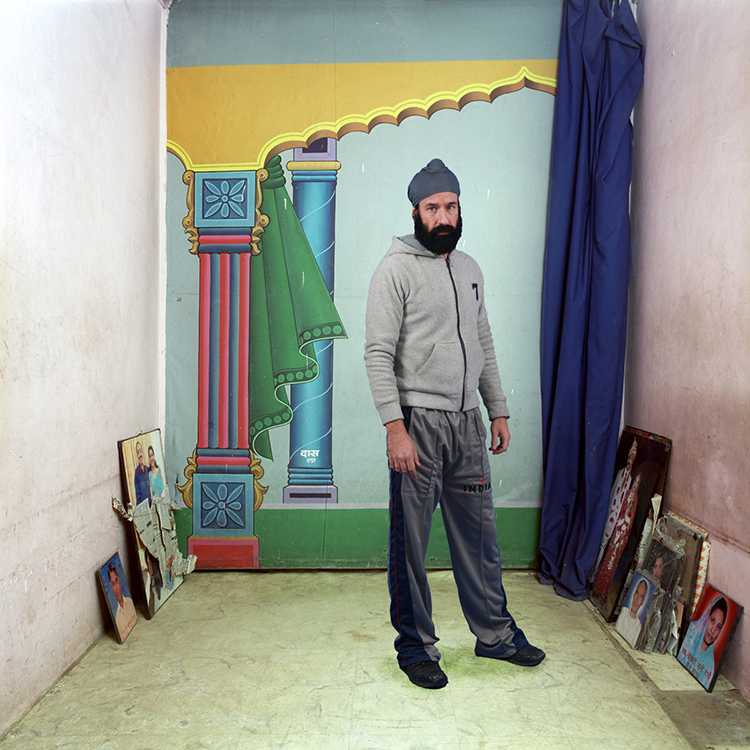 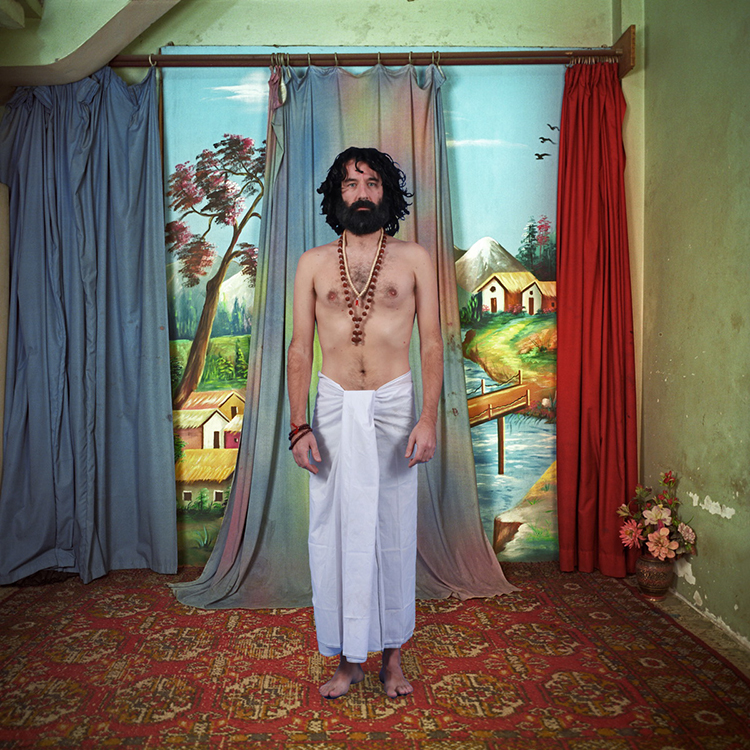 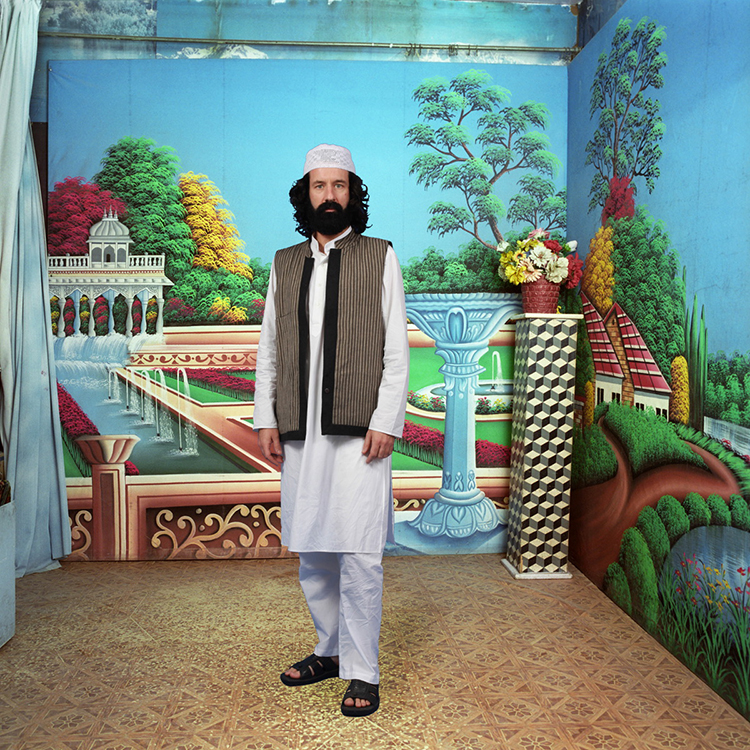 Passing the image of the middle-class moustachioed man with the shoulder bag in any number of shops, I would be hard-pressed to stop and ponder identity and appropriation. But my eyes are drawn to the edge of the compositions, to the flanks of the backdrops, and the other portraits that litter the studio. Culmann lays transparent the frame, drawing the viewer’s eyes not to the idyllic backdrops, but to their limits and corners, and to the props that facilitate the fantasy of the portrait. He both anthropologizes and humanizes the artist and the portrait sitter, by placing before the viewer the instruments and things that both measure and construct the identity of the sitter/ artist—the “Raj Studio” sign, the exposed wiring, the curtains, the intersections of the studio walls with the painted backdrops, the grayness of the studio against the vibrancy of the constructed landscapes, the rudraksha mala, and the tightly fitted jeans.

He pays homage to the fantastical nature of such an event—the non-place within which the dreadlocked, half-naked mendicant and the sporty sardar can coexist and belong to the same realm of mythical identity, and into which ‘the other’ can
insinuate itself.