It all started on my first day, at 5 am, as I heard the sound of the horse cart moving through the streets of Bagan. The ancient city located in the Mandalay region, comprises over 2,000 pagodas but once claimed to have over 10,000 edifices. Now, a hub for tourists and holidaymakers from around the world, the entire city caters to swathes of people, able to travel with relative freedom within the country. A shifting rhythm to the slow pace of existence here, an economy that survives on farming and transportation via the Irrawaddy River, life has now become focused on itinerant foreign groups, and catering to their needs.

The recent expansion of the tourism industry is slowly altering the landscape. The effects of the encroaching modern city on this near deserted oasis, associated with mysticism and ancient ruins, has a startling visual effect – one that delivers both vacancy and contrast. Most people would like to embrace the prosperity which the liberalizing of the country will bring, but there are moments at which the tranquility of the rolling landscape is interrupted by metal hand railings, security posts, tourist buses, modern building sites and kitschy constructions that create a homogenizing yet bizarre effect, implanted from other modern nations around the world.

This crossing of the rural with the urban, may in time lead to a kind of gentrification, but there are good and bad features to this. Will it lead to the senseless erasure of the tradition and culture of the region; or can it help Myanmar become more inclusive and forthcoming to other nations around the world? The monuments themselves, being Buddhist, propose a middle path, trying to achieve a balance at a time of great divisions.

All images from the series Bagan, Bagan, 2014 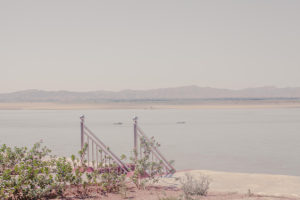 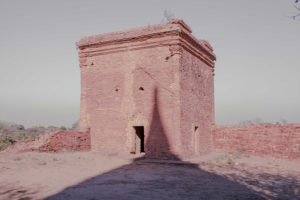 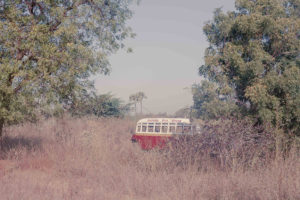 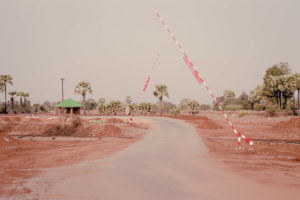 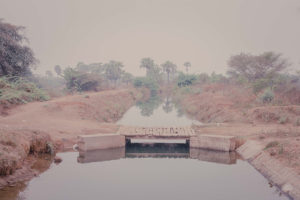