I felt like I had crossed a sea of dust by the time I arrived at Htankai oil field, located in the southern quarter of the Magway region, just off the middle of the country. It was 10 am and already 35 degrees celsius. Under the burning sun, I tried to imagine my hometown. It would have been spring there. I looked around and gradually, hundreds of triangular tents came into view. The continuous humming of oil machines made it seem even more alien, detached in a post-apocalyptic sense, estranged from normality. I walked into an ad-hoc bamboo food stall with a person I had met just a few minutes before. The stall reeked of a combination of alcohol and petroleum, and deafeningly hi-pitched music greeted us as we entered.

There are many oil fields to the east and west of the Irrawaddy River, many untapped reserves thus far under the radar of the global petroleum market. Htankai, Dahatpin and many such fields, however, are choked with unskilled labour drilling for crude supplies, grossly mismanaged under the control of MOGE (Myanmar Oil and Gas Enterprise), which also allows private individuals to exploit the region. Without any health and safety protocols in place, no environmental protection and no employee regulations, MOGE holds sway over the lives of landowners and farmers, who have tried to confront the company, failing which they are now unable to grow crops. Having taken to drilling, some labourers, often without guidance or direction make several incisions in the earth. Some are unable to locate any oil, while others chance as many as 5 barrels a day. Working through all hours of the day and night, they live and often perish in the proximity of a deep well.

All images from the series Oil Rush, Feb-March, 2014  Digital 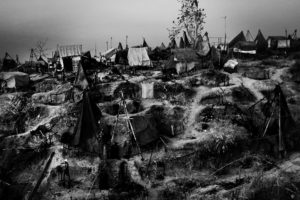 Landscape of Dahatpin oil field. This is the way that crude oil ruined the crop fields. Dahatpin, 24 February 2014 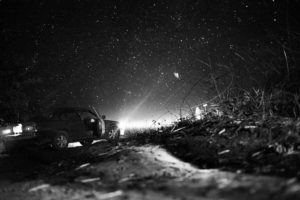 A tired labourer works late into the night. Dahatpin, 3 March 2014 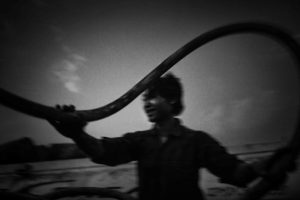 A worker gathers the oil pipe after his day. Dahatpin, 12 March 2014 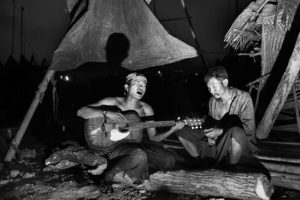 Thet Neing Win plays his guitar at the end of another hard day. Htankai, 1 March 2014 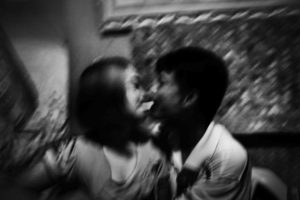 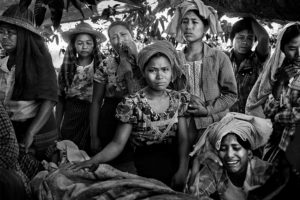 Relatives mourn. Four people were killed by a car accident when they were travelling to the oil field. Magyikan, 8 March 2014