In 2004, Tin Ko Ko, then aged 28, left Yangon for a construction job in Magway Region, where he met Myo Min Htet, an 18-year-old college student. Their friendship developed into love and when they decided to live together, first in Magway and then in North Dagon, Yangon, they immediately encountered several barriers – ostracized by family members for having ‘shamed’ them, they were left to fend for themselves financially.

In 2014, they marked the 10th anniversary of their relationship by getting married. Theirs was the first ever public gay marriage in Myanmar, with the location of the ceremony kept secret for fear of protesters disrupting it. In a country where LGBT persons face social challenges and discrimination, same sex conjugality is constitutionally illegal and punishable by fines and imprisonment. Other gay couples have since married, and prefer to do so in private as well.

When the couple moved to Yangon in 2007, life was hard. Both were unemployed and struggled to make ends meet, doing menial, odd jobs to pay the rent. Tin Ko Ko now works for Kings & Queens, a community-based organization that champions LGBT rights; and Myo Min Tun works with LGBT healthcare at the Aye Nyein Myittar organization. On the surface, things are incrementally improving – same-sex couples have been able to celebrate ceremonial marriages in the bigger cities without any legal persecution, and many gay and lesbian couples in Yangon and Mandalay have started openly living together. Myanmar announced its first gay pride in several cities around the country in 2012, and in 2016, The Gemini, the first ever LGBT film here was released in the cinema. However, these are only the first small steps taken towards bigger social changes. Tin Ko Ko says, “Only by living well in society, standing on our own two feet and supporting our families can we change people’s deep-seated attitudes toward us.”

All images from the series Rainbow Marriage, Yangon, 2014 Digital 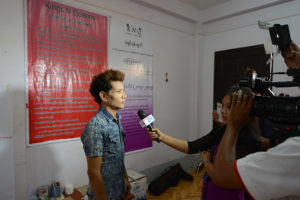 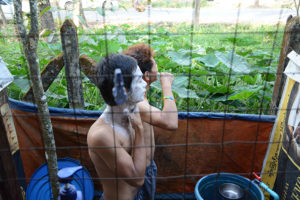 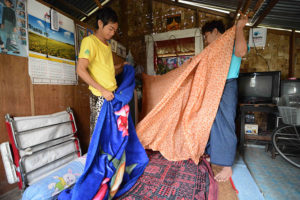 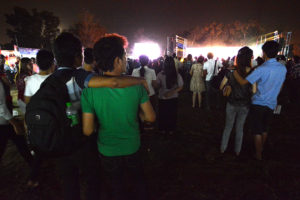