“I want to use [my actions] to experiment with different meanings by making changes to pre- existing images”.

The use of montage has been a modern European trope since the early 20th century whereby artists altered the meaning of an image and questioned the notion of originality and authorship. In one image, Aung Khin Myint takes a photograph of his great-grandfather and superimposes flowers over his eyes. Historically, Pierre Boucher and even Alexander Rodchenko would use the mode of superimposition and cut-and-paste to express their dissatisfaction with mechanical reproduction, generating an arts-practice based on renewal and re-usage. The Cubists’ made a further gesture by playing with words and images, an inter-visuality that was also marked by a semiotic turn given to images; challenging the notion of high art, of literacy, by injecting it with the ‘debris of everyday life’.

The visual is also reconstructed through social engagement, especially when Myint invokes Diane Arbus into his composition by placing a photo of what we may presume are twins, on her famous image of identical twins. Arbus was known to have captured those marginalized in society and gave them prominence and voice in her images, echoing Myint’s own intention.

“In traditional photography, we focus on the eyes when we make portraits because we  feel they can express inner, human feelings. In  my artwork, I use various objects to obscure  the eyes suggesting that we can never know  the inner feelings of other people. It’s a sort  of ‘anti-portrait’ that will provide the viewer, a sense of mystery,” says Myint. The use of fire   and other means to distort, destroy or erase,  even Photoshop, would beg the question, which discourses are hidden in photographs, and do they come to light with personal acts? The nature of uncertainty and fragmentation in photography is perhaps questioned by Myint. As a reference point, his images reveal alignments with Lukas Simoes, the Brazilian photographer, who sought to erase the surface memory of known images, thereby producing something of his own.

“Destruction is a form of creation, but it has its limits. You need to use it to create images that are visually appealing and meaningful…If you burn a small part, it has a certain meaning. If you burn the entire piece, it has an entirely different meaning.”

The question of whether images themselves are mutable, are changing entities that also physically fade over time is perhaps intimated, but then the challenges of representation lie also in how fact, evidence and history are constantly mediated forms, changed and challenged by making errors visible. They suggest porosity in any monolithic system, and the growing importance of sub-cultures. And so to end, one may also question the extent to which photography is used in the service of an arts- practice, de-stabilizing the sanctity of the subject represented in print.

All images from the series Recycled Meanings, Yangon, 2010-11

Found and altered photos from family archives 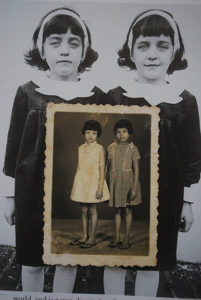 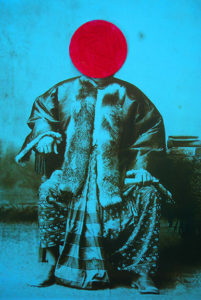 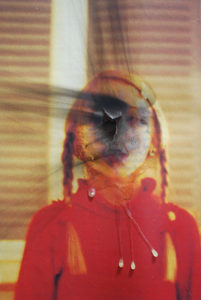 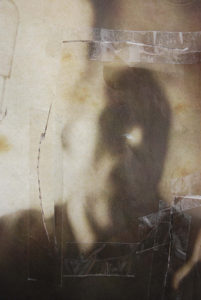 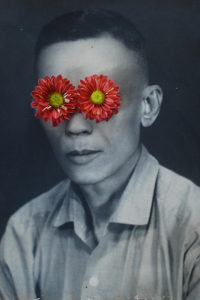 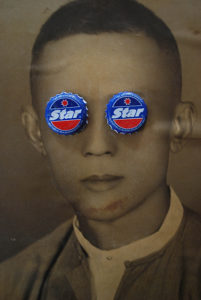 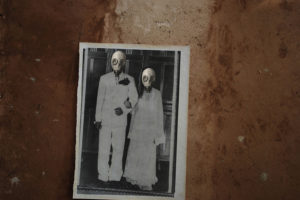