“They Called Me Baby”

My grandmother, Myint Myint Khin (nicknamed Baby), was a famous actress in the 1950s and 60s and a five-time Myanmar Academy Awards winner. Growing up, I often heard about the life of cinema actors, the movie industry, anecdotes from behind the scenes and how she became a celebrity over time. It was a difficult time, as the country was going through numerous political upheavals, especially when the democratically elected civilian government of U Nu was overthrown by a coup d’etat led by General Ne Win in 1962.

However, the cinema industry seems to have thrived unabated for some time. One day, I chanced upon a photo album in her house. It was packed with rare movies stills, publicity

material and cinema memorabilia. I realized the importance of documenting her archive in order to share it with a wider public, so that her personal collection could become a reference to the times – well beyond its value as a family collection, and a marker of sartorial trends, print culture and popular tastes.

What these photos also reveal are her teenage years, and her evolution into an icon, a dashing young lady. These have been placed beside images from her daily life today. Though times have changed phenomenally over the last 6 decades, her spirit and her composure in the present remains that of her former self – marked by determination and a flair for acknowledging moments of her past life without any airs.

From the series They Called Me Baby Yangon, 2014  Digital 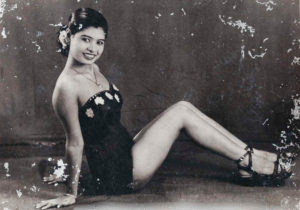 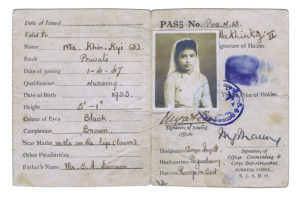 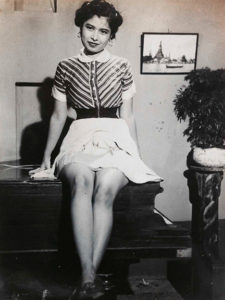 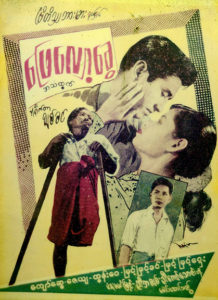 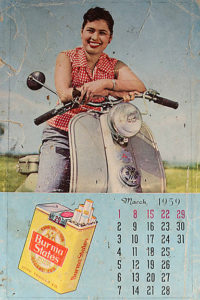 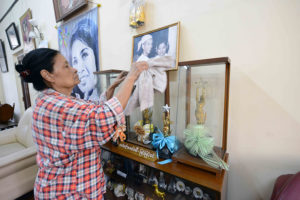 Myint Myint Khin cleaning her wedding photo. The Academy Awards have pride of place in the living room. 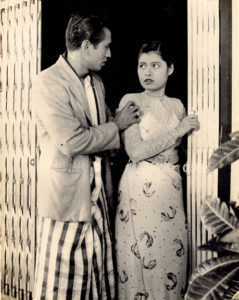 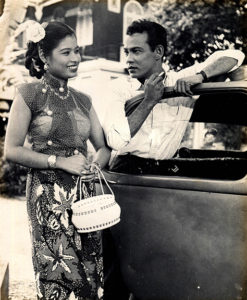 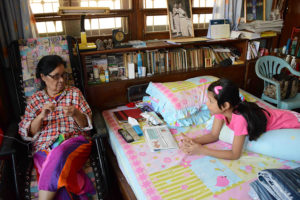 Talking to her granddaughter about the film industry. 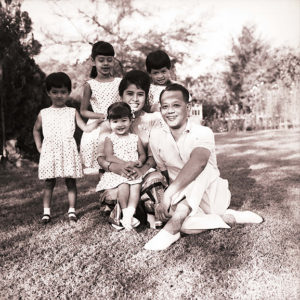 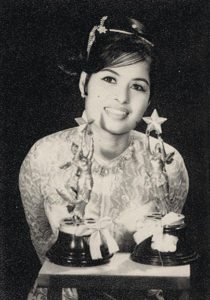 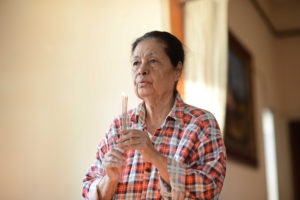