Think Of Me: Photographs From Burma

Photography is a medium of communication transcending space and time, forging a line of transmission between Myanmar and the rest of the world. We may not always understand the language of the photographer or the depicted subject perfectly, but we recognize that they have a narrative, sequence, composition or context which enables them to speak with a universal sensibility.

In some cases, as we see in this section devoted to works from the Myanmar Photo Archive, Ko Lin Maung’s family photo series, and Aung Khin Myint’s altered images, the intended message revolves around notions of erasure, memory and contingency. As a personal invocation to snapshots that we share with one another, we can sometimes hear photographs declaring their intentions: ‘Thinking of you,’ ‘Remember me,’ and even ‘For perpetual remembrance’. They mark important junctures – life altering events, meetings or gatherings, marriages and other civil ceremonies – where the message can be construed through an activity: ‘We did this’, or ‘This happened’. Referencing the temporal, a photograph creates a suspended moment, frozen from the array of actions that occur on a particular day, proposing a metaphor: the image as a creator of meaning, for the ‘maker’ as well as the ‘looker’.

In Ko Lin Maung’s touching photo essay on the movie star, Myint Myint Khin, historical meaning is constructed through navigation and juxtaposition. However, we may well question whether they remain objective documents if they are overtly personal? Movie stills presented in the series were taken as records of her iconic scenes, melodramatic encounters, solitary and even playful flashes that were later used as publicity stills. Maung links these with the star’s present life, encountering her past. There is more to their motivation than ‘This old person was once young and gorgeous’, or ‘This beauty will transform and fade’. Her bare-legged shots from the 1950s remind us of how we are not the first to dress modern, and how neither fashion, nor history is a one-way trend. She was born when Burma was still a colony. Her talent as an actor brightened a troubled but lively, early period of Independence, ushered by a civilian government before 1962. She was active all through the increasingly dreary years of the Revolutionary Council and Burma Socialist Programme Party dictatorship, persevering further through the years of the State Law and Order Restoration Council or military government which wielded power in 1988, and was dissolved only in 2011.

The Myanmar Photo Archive also reflects upon this span of time, with an enticing if not intriguing gesture to the past. It boldly suggests in many instances, ‘I am thinking of you. Are you thinking of me?’ Who were these charming people: teenagers, newlyweds, ritual-goers – eyes full of life and hope. How did they transform throughout their lives? How is it that photographs parted from the people they belonged to, ending up in the hands of strangers to be viewed by the world at large?

The damage to them – creases, foxing, scratches, flaking, silverfish scars – like static on a phone line, makes us listen to their facts and fictions all the more keenly. We pore over the backgrounds, the props, the texts, the receding planes and eventually search for meaning beyond the frame. Why are the novitiates wearing socks? Why is a Shinbyu Princes’s throne, a chair with the seal of the colonial monarchy? What and where, in 1962, was the ‘Electric Photo Studio’? What is the photograph communicating beyond its subject matter, and what can we overhear by eavesdropping on these visual conversations?

Aung Khin Myint’s altered or collaged photographs hence deal with fragmentation and plurality, obscuring the eyes of the subject, denying the primal force of the image as a passage to the soul. He places a faded photo of Burmese twins upon an image of those from mid-west America (by Diane Arbus), suggesting perhaps that the world of images are in conversations of their own and we need to challenge the hierarchy of iconic works by always volunteering new, coincident or contesting realities. In other images, he gives newlyweds protection against the world they will face in coming decades: gas masks and a concrete bunker. Is this a premonition of things to come or a suggestion of mutable meanings in photographs?

And so, all these vintage prints, montages and snapshots expose the possibility and impossibility of communication. We understand them as much as we are baffled by them; we want to converse with them, as they urge us to respond with propositions of other images in the fray. Similar and sometimes vastly different, we know something about the world they inhabit now, though we may not know their pasts, their circumstances or their names. Even if we know something about their careers – Myint Myint Khin’s many film awards, for example – we cannot know their lives. The impossibility of fixing an image, either to a place or a moment or even to its own surface is inevitable as they will always be referenced and cited outside their own contexts in time to come.

In another fifty or hundred years, how will people perceive these old photos? On the other hand, which audience will be looking through our own photographs in the future? How can we communicate with those future people who will search our eyes to unravel the spirit of an age and ponder what we want to say?

Communicating with photographs is perhaps easiest with those closest to us, who are able to interpret personal sentiments, commentaries and cultural specificities, even from the simplest remarks.

That day in Aung San Amusement Park, we laughed so hard.
That one-set we chose together, it looked so fine. When you became a prince for an hour, and then a novice monk. How was it, staying away from family for the first time in your life?

Those of us, more distant or removed in time, still get a muffled echo of their messages. And we do think of you. Remember us. 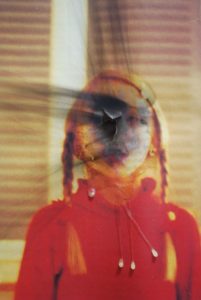