Colombo 13 is a neighbourhood by the harbor of Colombo that hosts a thriving, vibrant and heterogeneous community of people. A church dedicated to St. Anthony, frequented by people of all races, religions and creeds is situated beside the harbour wall and dominates the area. It is often said “Kolomba 13,  Apiokkamaekai”, Colombo 13 – we are all one. The neighbourhood inspires and intrigues me as a fine example of urban life. Along the streets a few of the original houses remain, but most have been converted into larger residencies. The homes are very colourful, mirroring the residents who live there. The community is used to my wanderings around their streets, have sensed my curiosity and respect, and fortunately, many have invited me into their homes. The pictures have been taken over a period of fifteen months. My documentation of the area and its people is a work in progress. 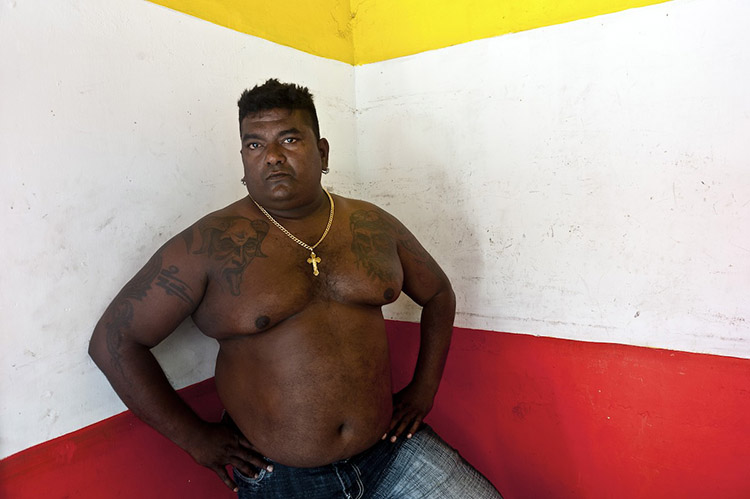 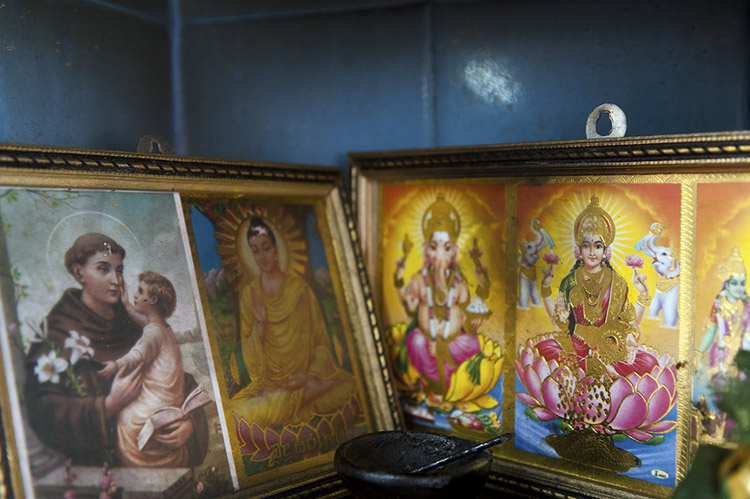 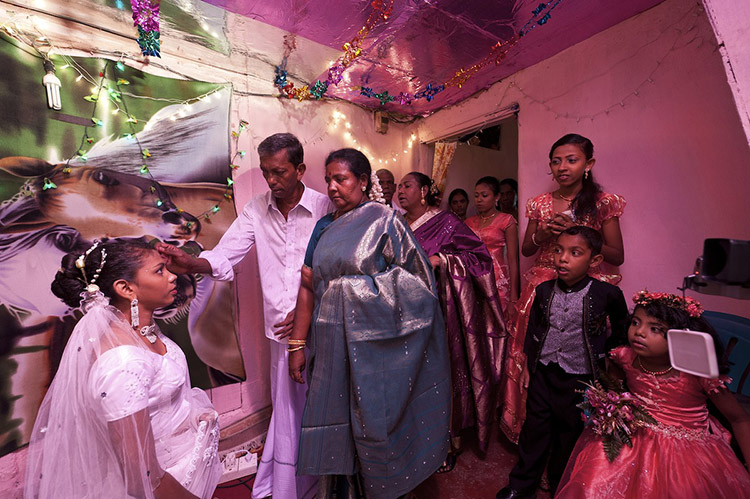 A bride about to leave for her church wedding, October 2011 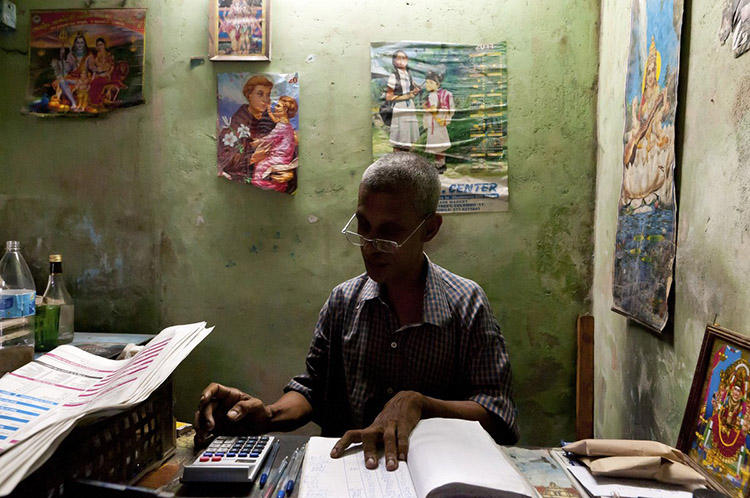 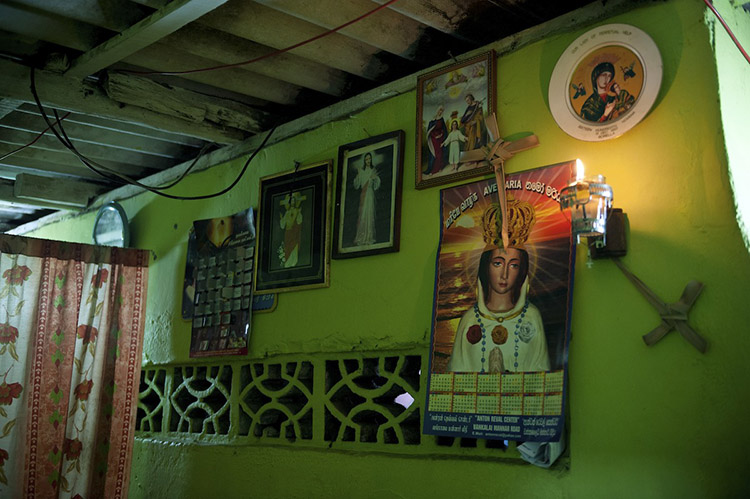 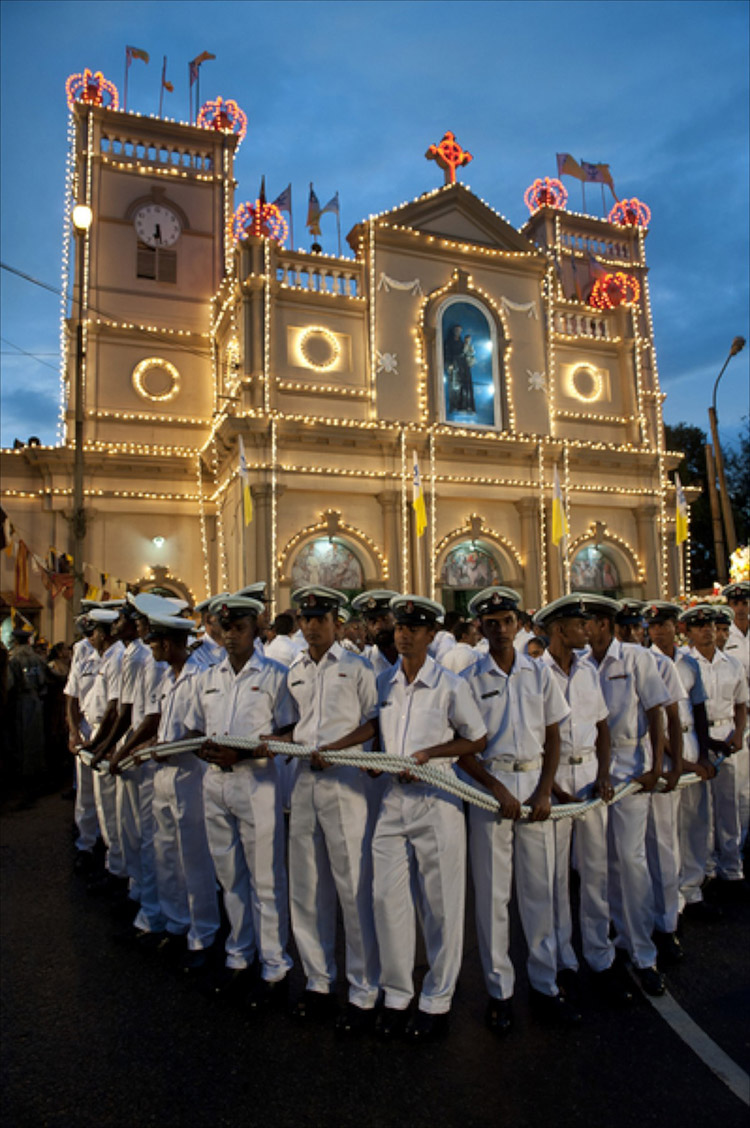 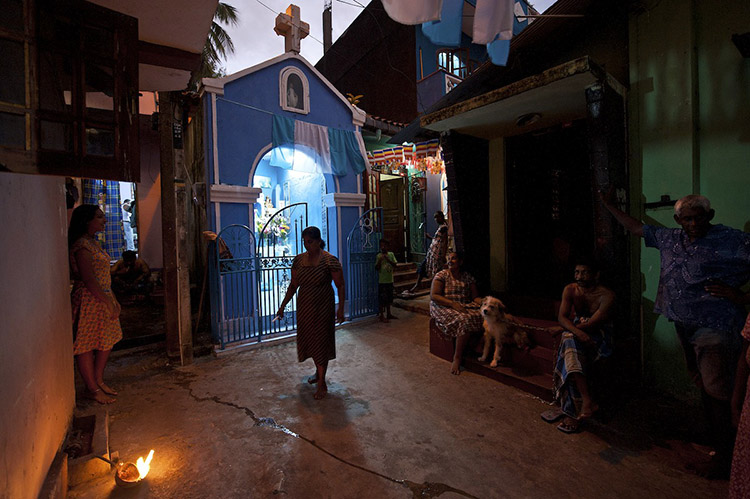