Motorbikes and bicycles are by far the most popular mode of transport in Sri Lanka in general and the Wanni brand in particular. When you are on the run however, even the bikes get left behind. As people moved on to safer areas, bikes and other vehicles were abandoned. This is a bike yard in Kilinochchi, the de facto LTTE capital. Two years after the war ended, the bikes remain—hundreds of them, with weeds taking over. The petrol sold in Coke bottles are for the lucky few who lived to find their bikes. 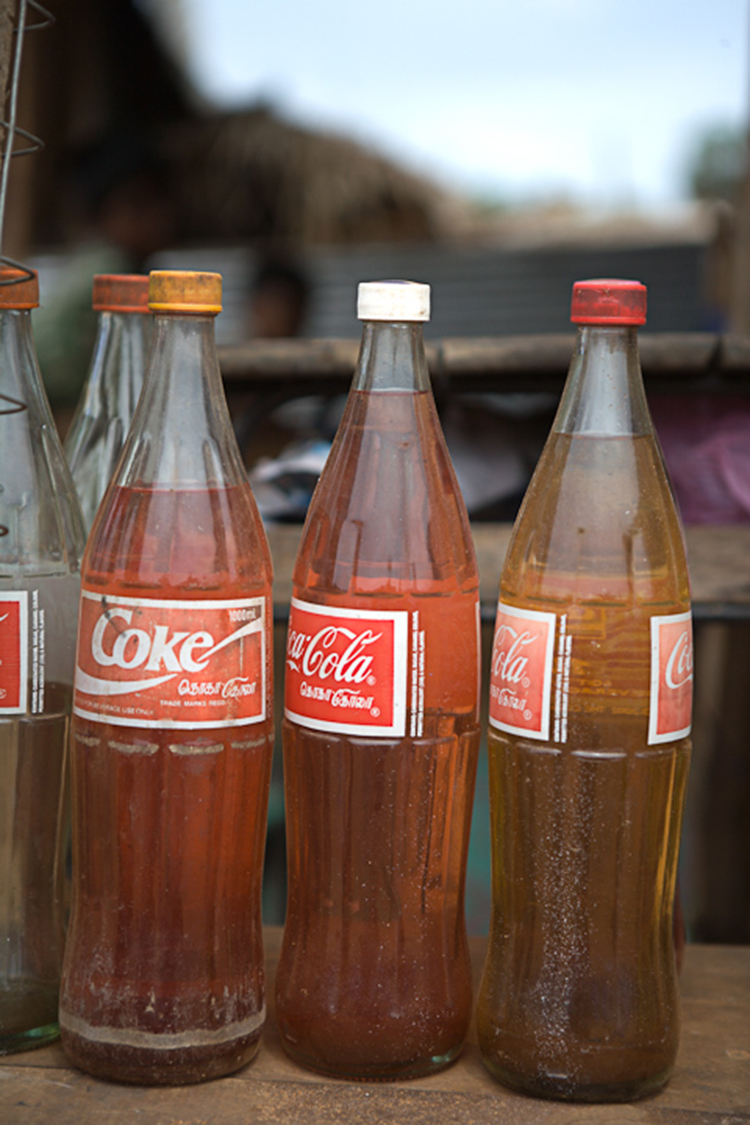 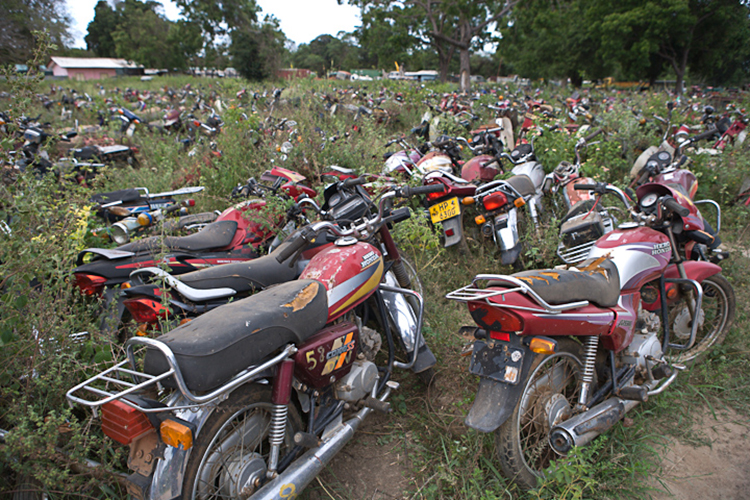