Abby Robinson’s work on the film industry offers a momentary space to reflect upon film, politics and society in Sri Lanka. Despite being in existence for over fifty years, there is very little serious scholarship dealing with Sri Lankan cinema or even the film industry. Sri Lankan media usually only focuses on the perceived glitter of the movie industry, and its decay as reflected in the lack of a well-conceived cinema archive for the country hardly enters the discourse. The resultant loss of historically significant films is often neglected by the authorities.

The hallmark Sinhala movie ‘Kadawuna Poronduwa’ (Broken Promise), produced in the 1940s, with heavy South Indian influence –ranging from acting style, costuming and stage sets to technical know how—was in many ways, symptomatic of the Sri Lankan cultural landscape of the time. This continued well into the 1950s, when the emergent nationalist ethos among the Sinhalas tended to be reflected in film as well. This meant that South Indian imagery, music trends and even technical expertise were self-consciously localised and in many ways Sinhalised. This phase of nationalism threw Sri Lanka into a destructive civil war since the late 1970s, ending only in 2009, and paved the way for the dawn of an equally disturbing set of postwar realities.

The bombed out remnants of the once iconic ‘Regal Cinema’ in the northern town of Jaffna which Robinson has captured, places in context one visual frame of this widespread destruction. Though movie theatres are scattered around the country, allowing for the popularity of movie-going, the industry has lost many theatres owing to the advent of television in the 1970s. In this context, many people stopped going out for films, which was made much worse by the ensuing anxieties of the lack of security as the civil war raged through the 1980s.

For a considerable time however, the varied landscape in Sri Lanka has attracted many filmmakers who now consider the country as a destination for on-location films, ranging from David Lean’s Bridge Over River Kwai to sections of Steven Spielberg’s Indiana Jones and the Temple of Doom. More recently, directors from Bollywood such as Amit Saxena have also started eying Sri Lanka as a viable destination not only due to its scenic splendours, but also due to the relative cost effectiveness in filming. Of late, several Sri Lankan directors have also been winning international awards for what may be called ‘art movies’ produced in the Sinhala language. But for a majority of the people in the country, watching movies is primarily done for a sense of release or to enter into the imaginary world they offer, away from daily hardships rather than for their aesthetics or political nuances.

*This photography project was sponsored by a grant from the American Institute of Sri Lankan Studies. 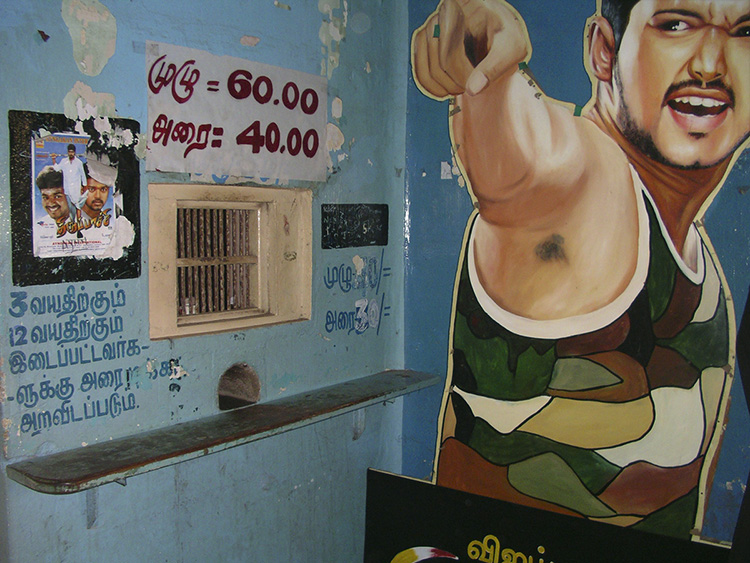 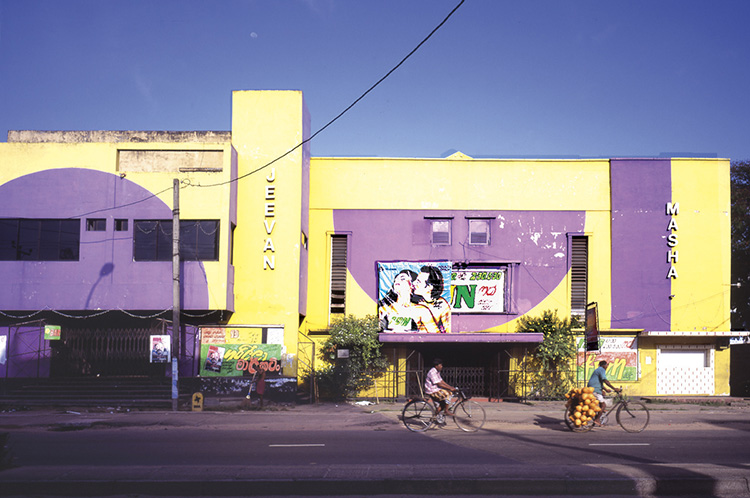