A few seconds before his scrawny body became highly and bloodily compressed on the cobblestones, all of Andare’s ex-girlfriends flashed before his eyes. First there was…the name slipped…the make-up smeared one. She was there, falling backwards, away from him. At first he thought she’d come to lift him up, but in the end she was just drawing him in. Then she split into two, this mercurial Gemini, as he passed in between.

It was raining again. Sureka was there, in her blue raincoat, looking sweet, if a bit bloody about the mouth. But now the flesh cleaves off her skull, her arms spring from their sockets. She is a corpse, like all these girls he might have grown old with—they’re all dead now, springing from stone to drag him in. The next is Niluka, dressed like a kabuki village girl. Unknowingly, she stands close to where he’s about to land, curiously, perhaps expectantly. He sees himself springing backup, bloodied but not unaware. He’s borrowed her clothes. She looks through him as he rises again. He has a final glimpse of her cleavage, something green and red, like fire. That last memory, as vision and image slips away. Time condenses into the final essential moments which have his full attention. His last words: You’re just a falling young man, with your young loves flashing before your eyes—curious, detached, dead—even undead. These were all vectors to some genetic digital eternity, but now they’re just flickers on your retina, light sparks within your brain. Andare falls, his teeth and skull shattering against the uneven road.

This is what happens when you take photographs from a ladder

From the series The Dead Girls Project, Colombo May 2012, Digital 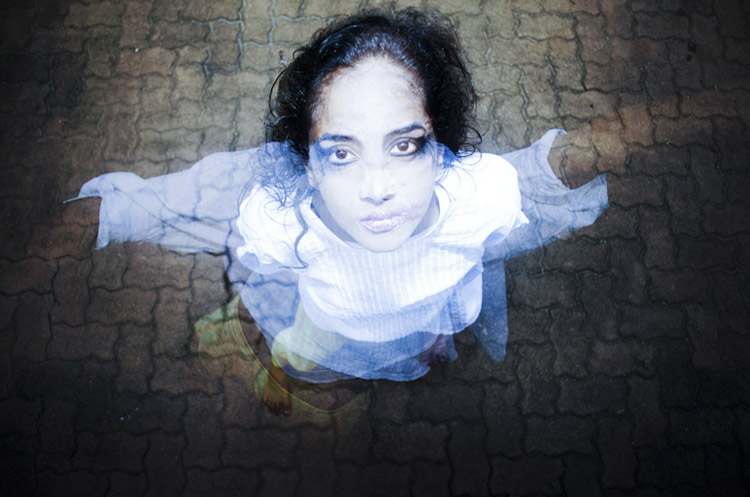 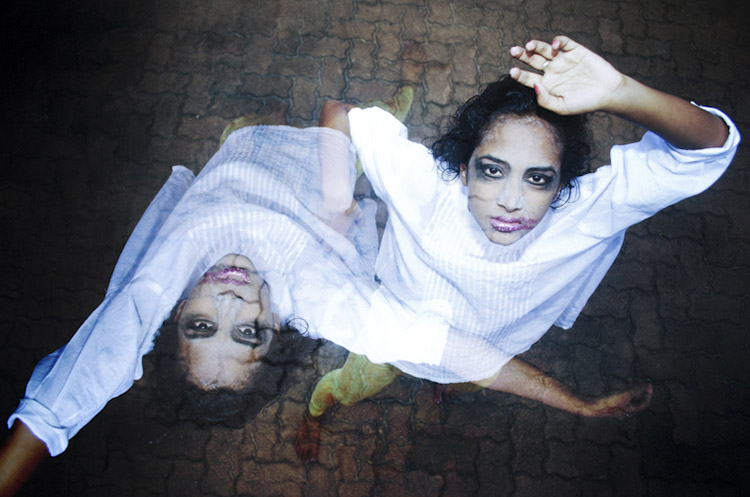 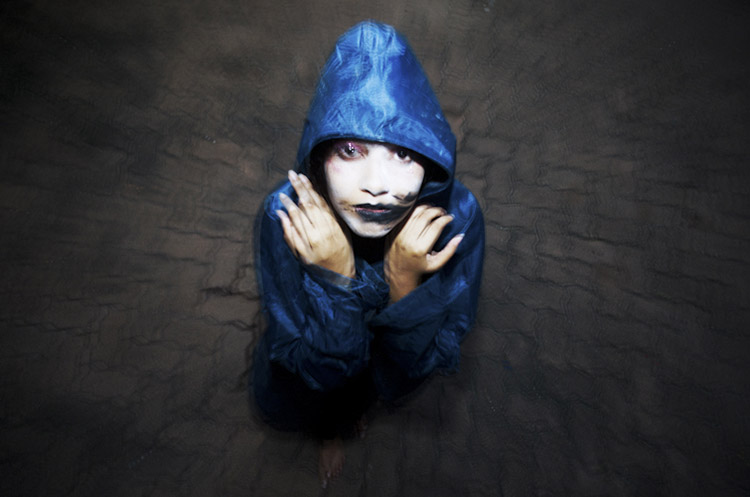 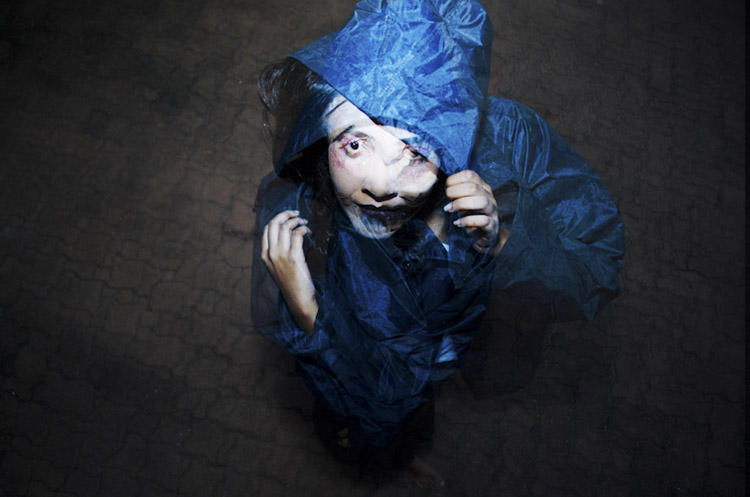 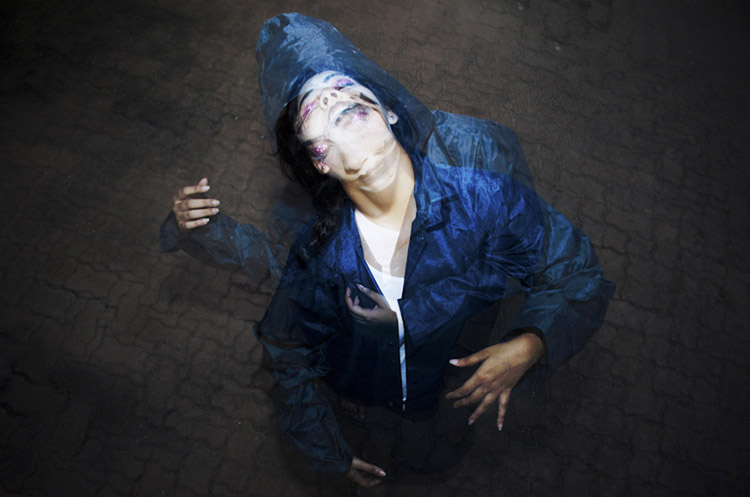 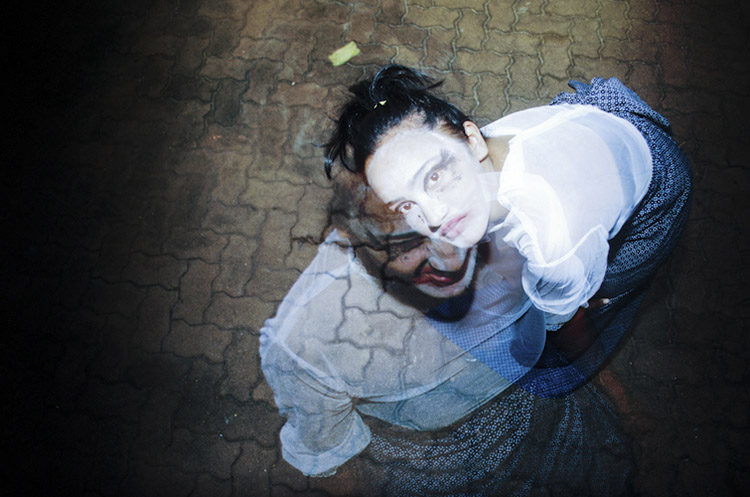