Susan Sontag noted that in one version of its utility, the camera incriminates. But who or what does it incriminate? The subject, photographer, context, or the viewer? Jagath Dheerasekara’s photos bring this fundamental question to sharp focus and are to the conscience what deep cerise cuts are to the women he frames – they hurt.
The photos frame Arendt’s notion of the ‘banality of violence’ in the flesh. The women in these photos are clearly subjects of violence, but not from a domestic context alone. The photographer’s distinct perspective humanises a horror that many would deny or underplay the existence of in current day Sri Lanka. In one photograph, medical personnel are situated in an operating theatre, contemplating surgery on a grotesquely mutilated arm but are transfixed by what they see. Doctors are not strangers to violence, but in their gaze is a larger question – how do we really engage with this violence and its perpetrators especially when either of the two may be close friends, family, relatives, lovers and colleagues?

There are no satisfying answers to this question though we may need to reckon with our own apathy to engage with the situation, at times justifying a sense of distance by considering it a private affair. A fleeting gesture, captured by Dheerasekara, is also transformed into a powerful symbol of how prevalent gender-based violence is within our society – it is ordinary, unexceptional and accepted.

In another photo, a medical staff member filling out records occupies most of the frame, but then we observe a hand. But not just any hand. It is a hand waiting for something. Not unlike women who have gone through the most brutal physical and psychological scarring, who then seek justice, this hand – marginal to image but absolutely central to the frame once observed – waits. There is a bizarre, almost darkly humorous quality to some of the images, which is at first jarring but then serves to amplify an essential humanity – even in pain, it is possible to laugh, including at oneself. Two of the photos capture women in full frontal portrait style. The violence captured here is not communicated by a focus on a sickening stain, scar or swelling, but through how much they are covered in bandages. In other photos, hands of medical staff clench and point, visual compositions that intimate the dialogues between women under treatment and their doctors trying to help them regain muscle movement and dexterity. It is almost as if the hands are symbolic of an empathetic bond between patient and healer.

The photos focus on, but also help to free the subjects. Dheerasekara takes us into a Burns Unit, but what’s framed is more than brick, mortar and victim. His photos capture survivors – those who endure, and those who go on to live. The photos, on the other hand incriminate society, you and I, for often allowing and instigating violence that creates the subjects in the images. But far from isolating them as pitiable and weak, the photos portray women who are already braver, better and more beautiful than many of us. 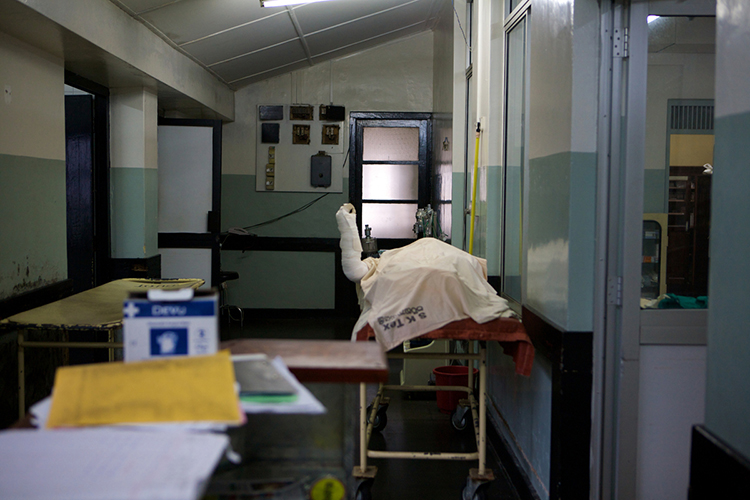 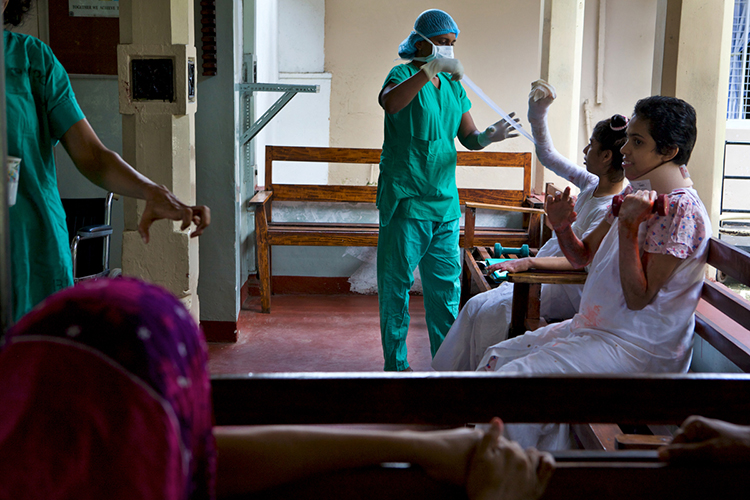 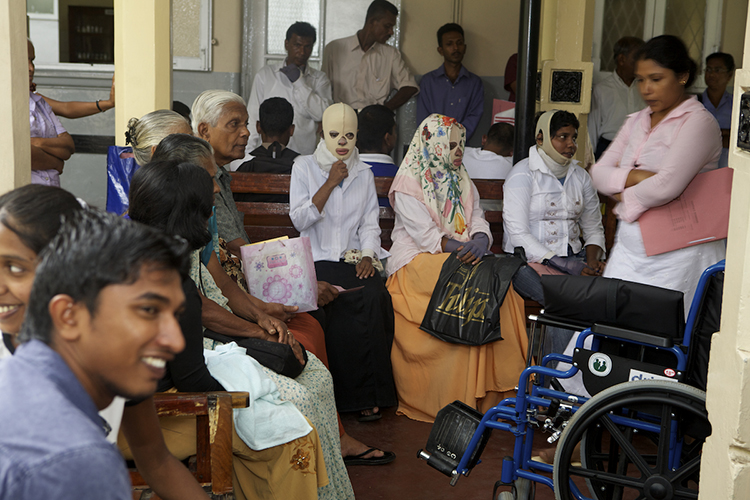 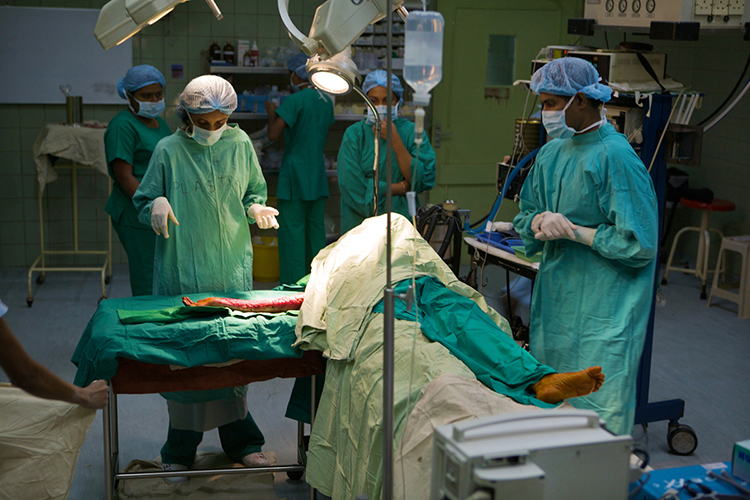 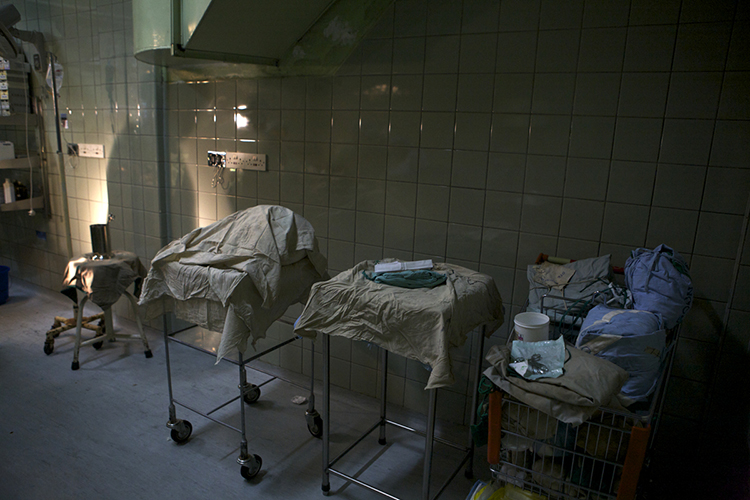 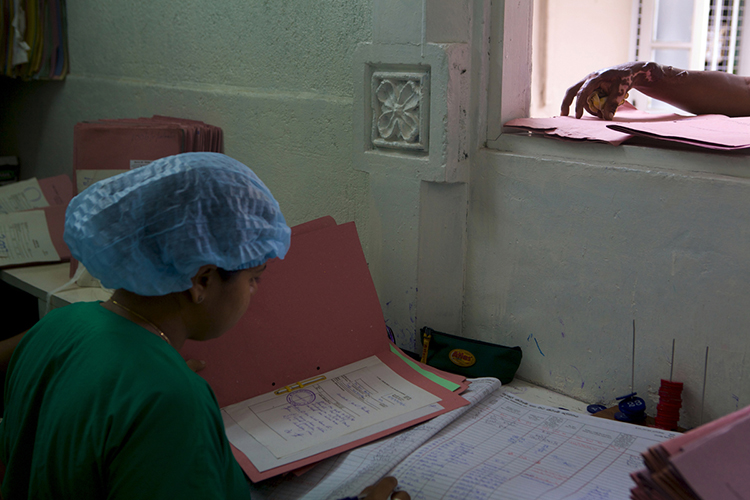 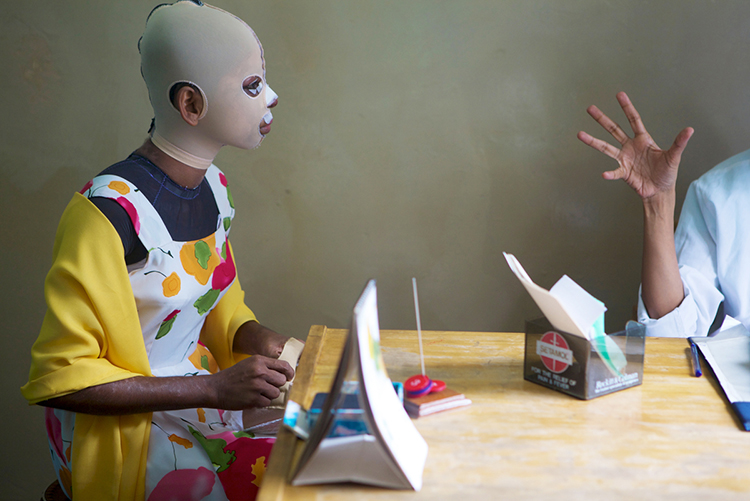 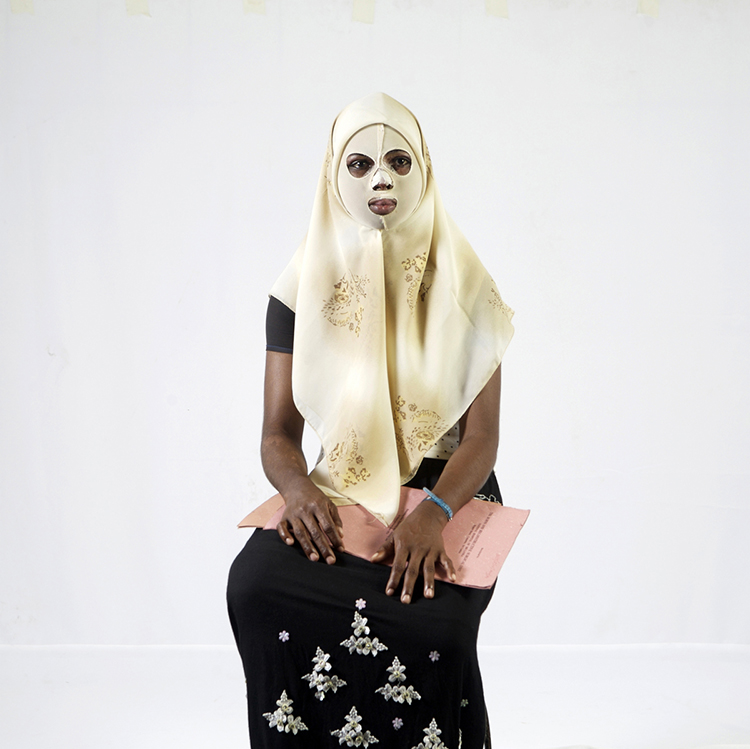