When cities are invaded, survival becomes an activity, performed repeatedly, habitually, as one hopes to see another day, different from the last. Sometimes the incursion is by our own regimes and governments, its insecurities that play out publicly as power is weaned; at others, the siege is through a people’s revolt – minorities against majority sway – but ever so often, a city is held captive by forces of nature that have no discrimination, only an impulse to the shifting internal balance of the earth. The invasion of a city is therefore in constant abeyance, a foreseeable eventuality, and always a historical process that unfolds in different parts of the world, often in the same manner or for similar reasons.

For Anil Shahi, mirrors are not only a reflective surface, but an absorbing material as well. It takes in the world and shows it a portion of itself – every change portrayed, every evolution or split-second alteration, seen, witnessed. A shattered glass then works with myriads of views, a splintering of the world that at once had a semblance but now is left in the shards of its former self. The anatomy of the city, broken, upturned and severed. Following one of the most catastrophic earthly events known in modern history, how does the city react to its own disintegration through the works which clearly play with the jigsaw language of ruin, and the salvaging of its pieces on a board? The artist here sees the chequered life of the self and the city as one organism – a personal, inner journey of living through the earthquake, while the mirror will always represent what is in front of it. The present edging into future after future… as he states, ‘… these entire situations rotate like the hands of time.’

But maybe it was not a natural disaster but an alien invasion? When the world began to think that nature would never retaliate, gigantic creatures descended from the sky and bored out from the earth…a homegrown alien species devouring the perpetrators, humans. In the series Volitary Grotesque, Kathmandu, Bhaktapur and Patan, metro sites most affected by the devastation, show an infestation of animation attackers. And this is narrated not as a comic strip, but as a journalistic feed – televised almost in the citizen reporting mode, wherein real locations are backdrops to the drama, and the city becomes a movie studio in which the action takes place. Shushank Kalapremi Shrestha sees himself as a documenter, a witness, a cameraman and a brave civilian.

Both series together make us search beyond the frame, and to think around the current situation. An invasion of space can be personal, the damage is not only societal but in the psychology of a people who need to surmount/outlive how one circumstance can change the course of life overnight, and the only recourse to memory, is what ‘I’ make of it. What ‘I’ remember. But what comes after the invasion is not submission, it is a fight for freedom, a struggle to live and the ability to reconstruct what is damaged. The casualties of time are those who survive, but they are also the hope, as they carry the legacies of those who have not.

Anil Shahi
You and Me
Digital photo and cracked mirror
16 x 16 in
Kathmandu, 2016 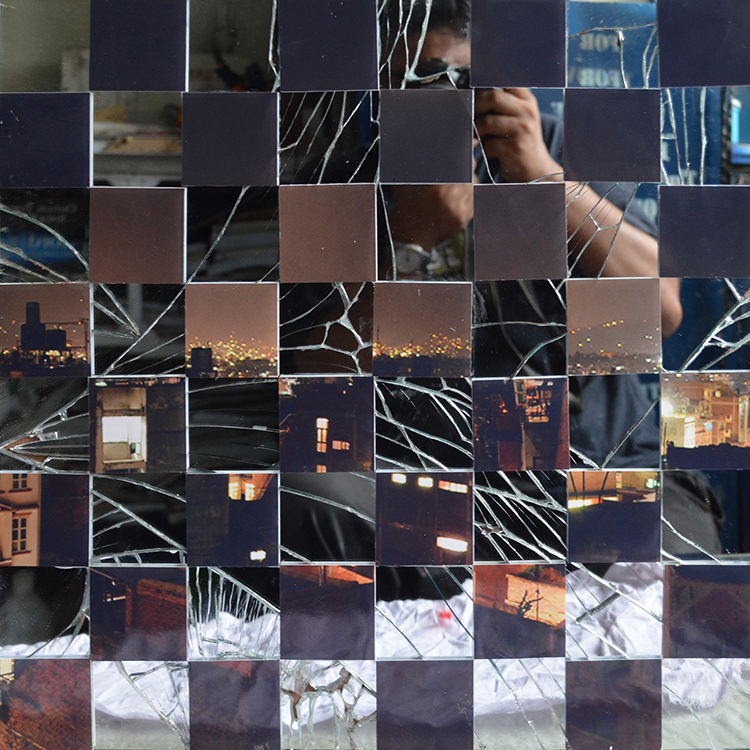 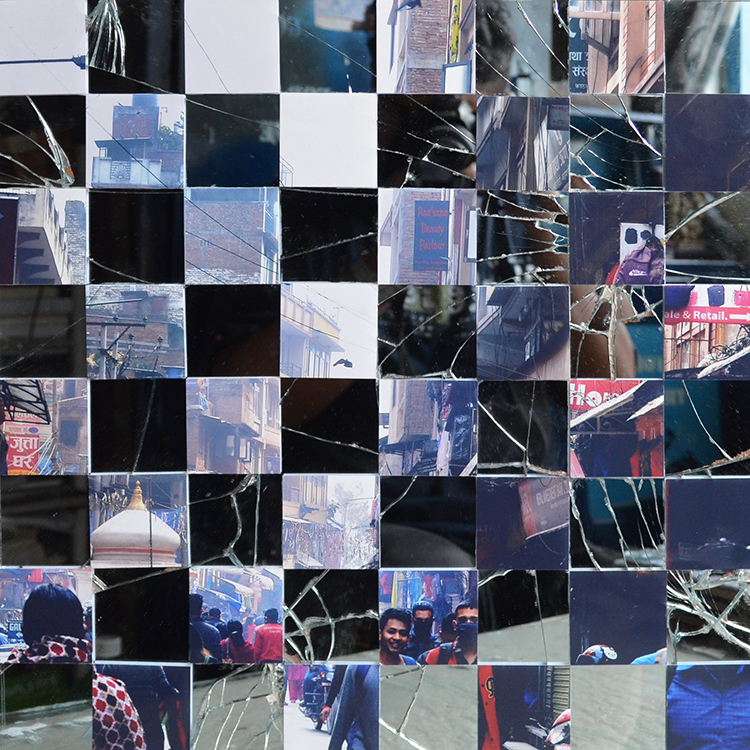 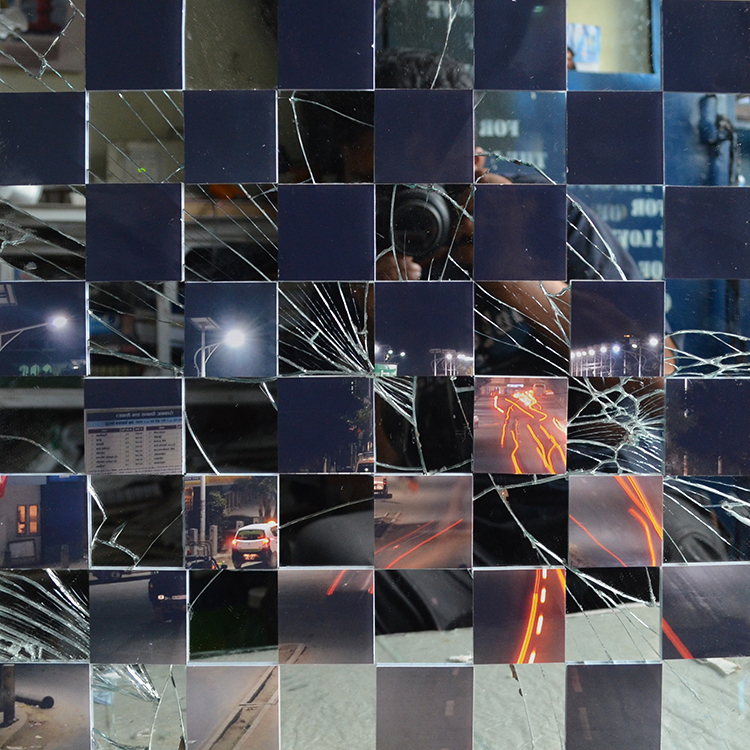 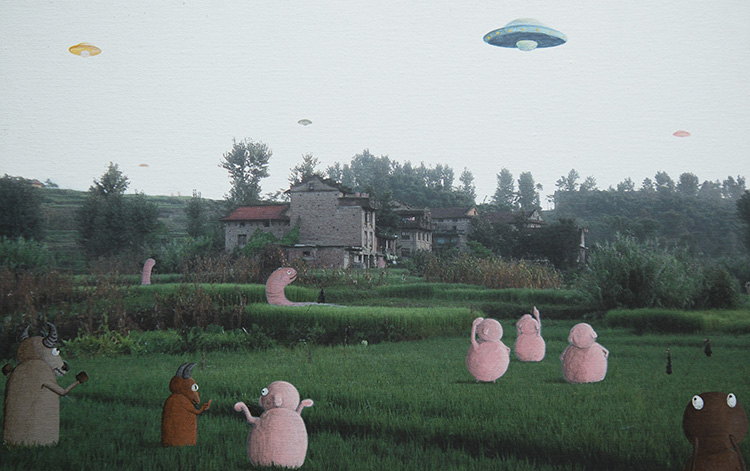 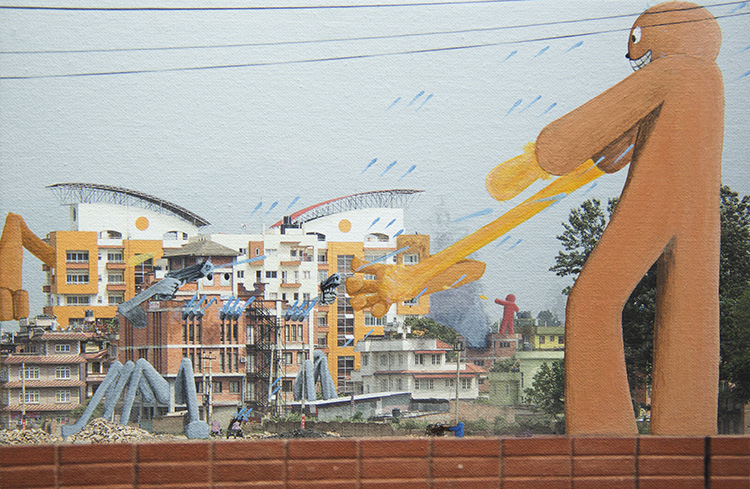 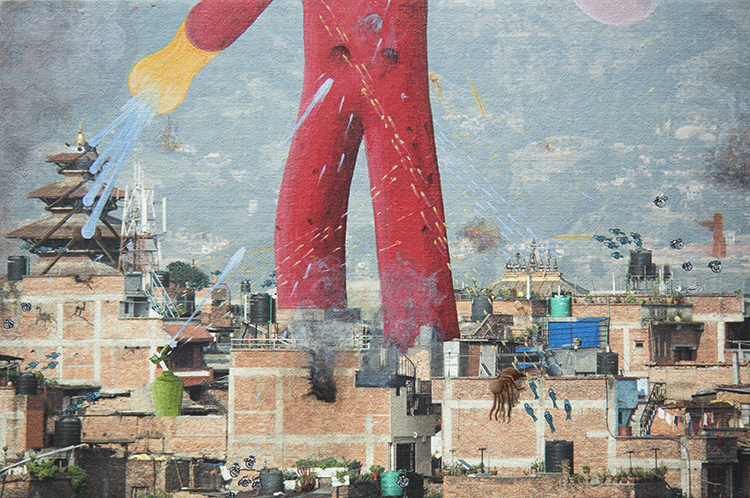 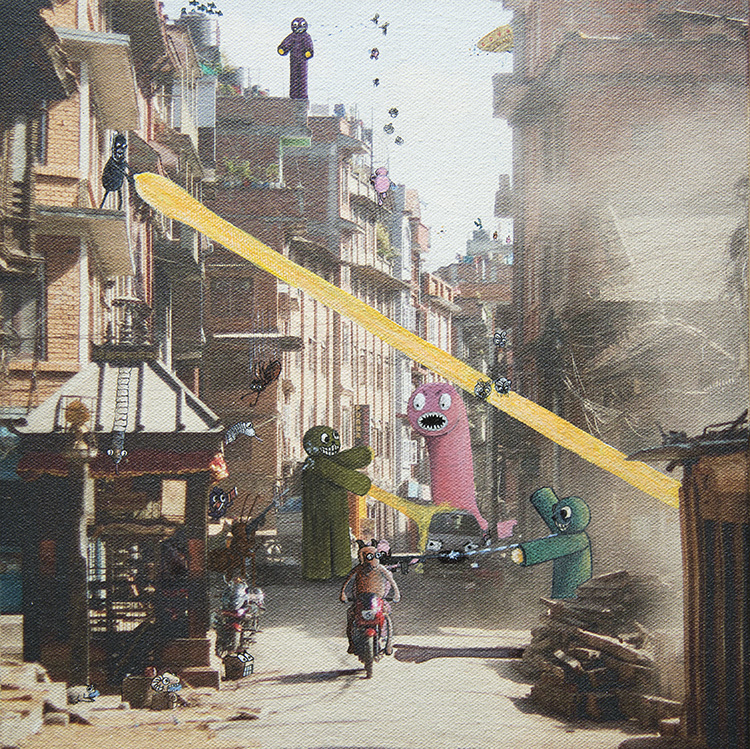 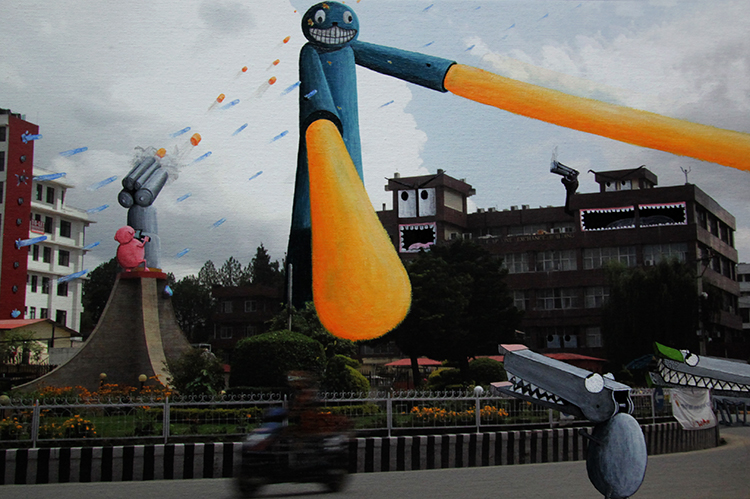