Daughter of the Village

To her, the lens of his camera was just another set of eyes gazing from underneath covered heads, from behind cell phones or cutting through streams of iridescent neon green and pink light. Infinite unblinking curious eyes focus her into clarity in the dusty dusk of Yashpal’s village, welcoming her difference into their fold. Iranian-Australian Farah waits patiently while being exhibited at the Aashirwaad Samaroh (Wedding Reception) in Chambal Valley. She shines, irrepressibly white, in the midst of shadowy walls, Maruti cars and milling crowds. She smiles when she notices the camera, and remains pensive when she doesn’t know it is there. Her own gaze blurs and the only one looking back at the crowd with some clarity is the photographer, holding up his camera as a virtual filter to hundreds of crisscrossing gazes seeking out the newlyweds. He stays almost unseen, scuttling back and forth, in and out of the tent with a child’s frenzy, squeezing through groups of women, huddling in the cold outdoors, flattening against the car’s windshield as he clicks away.

His photographs do not document status or theatrics but the peripheral, the unintentional:men cutting across gaping fields behind the tent, women of the household chatting over a tea break, the tousled bride laughing with her mother-in-law indoors.

Shantaram’s camera periodically gravitates back to Farah’s shining face, glowing in the lightman’s halogen amidst a sea of sun burnt brown, and someone pulls her veil lower over her face, protectively, possessively. The curtain falls and show’s over, she rides away in a Maruti; Mahesh’s album precipitates the event that gets absorbed in the legends of the valley. Yashpal cannot overcome his emotion when he sees the photo book Shantaram gets ready a few weeks later. Between its covers he can see his family, the village he grew up in and his prized bride at its heart, even if she comes at the price of leaving it all behind.

All images from the series Daughter of the Village
Chambal, MP, Dec 1, 2010.
Digital 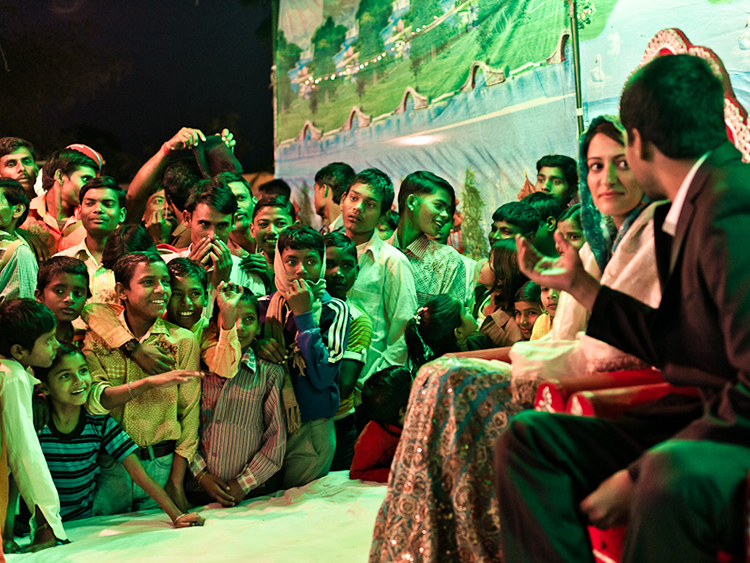 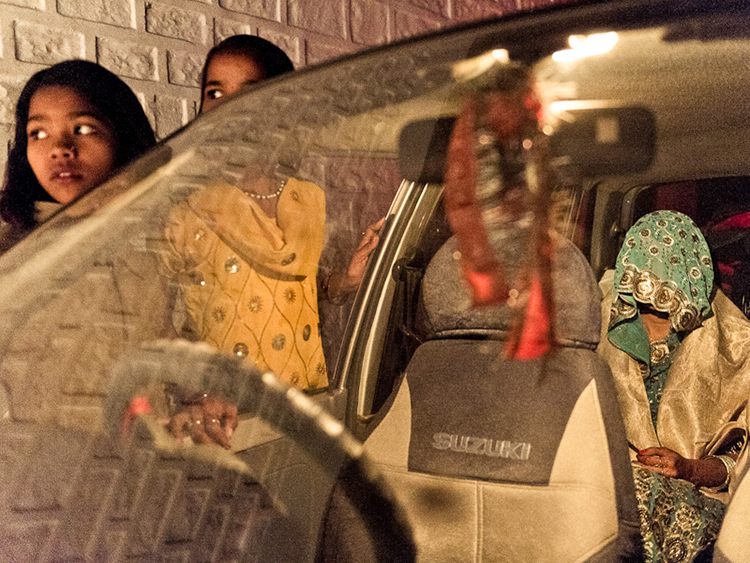 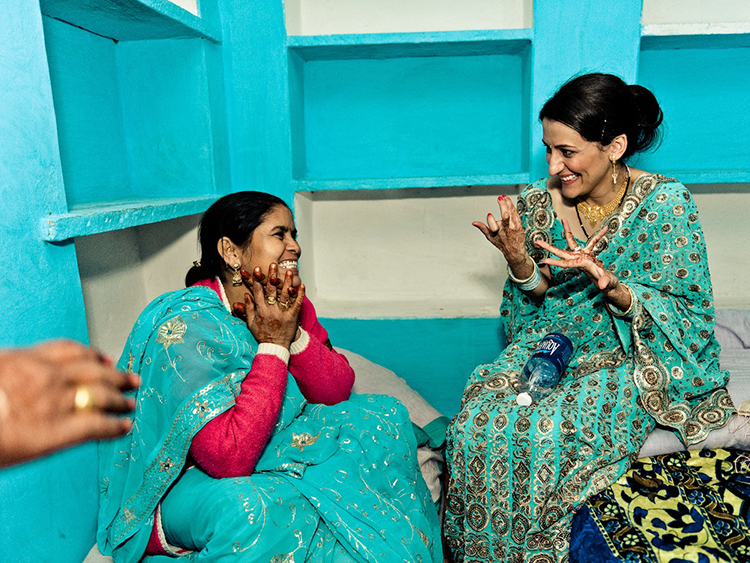 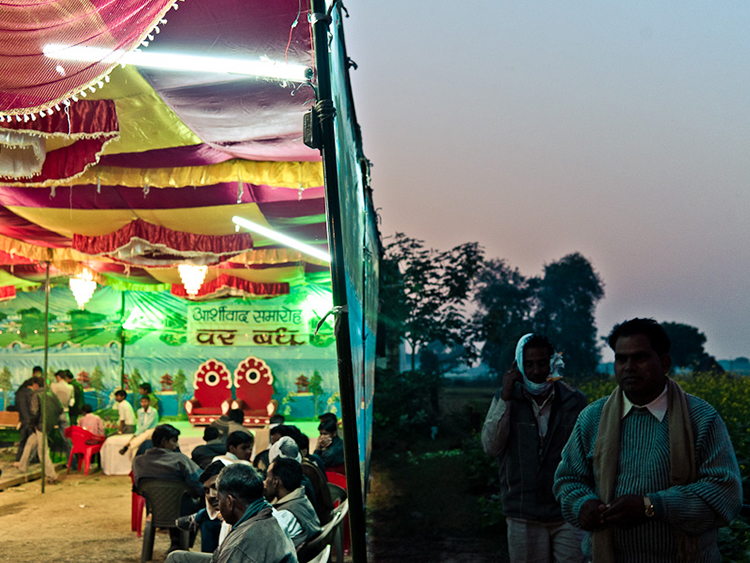 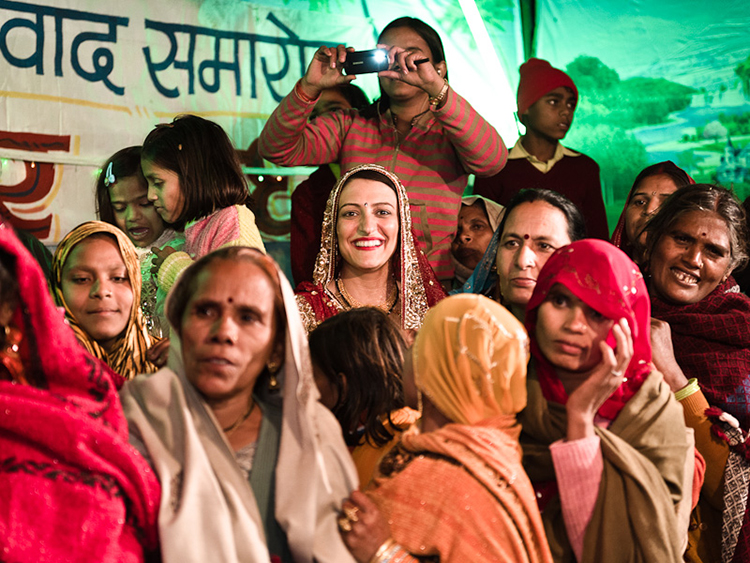