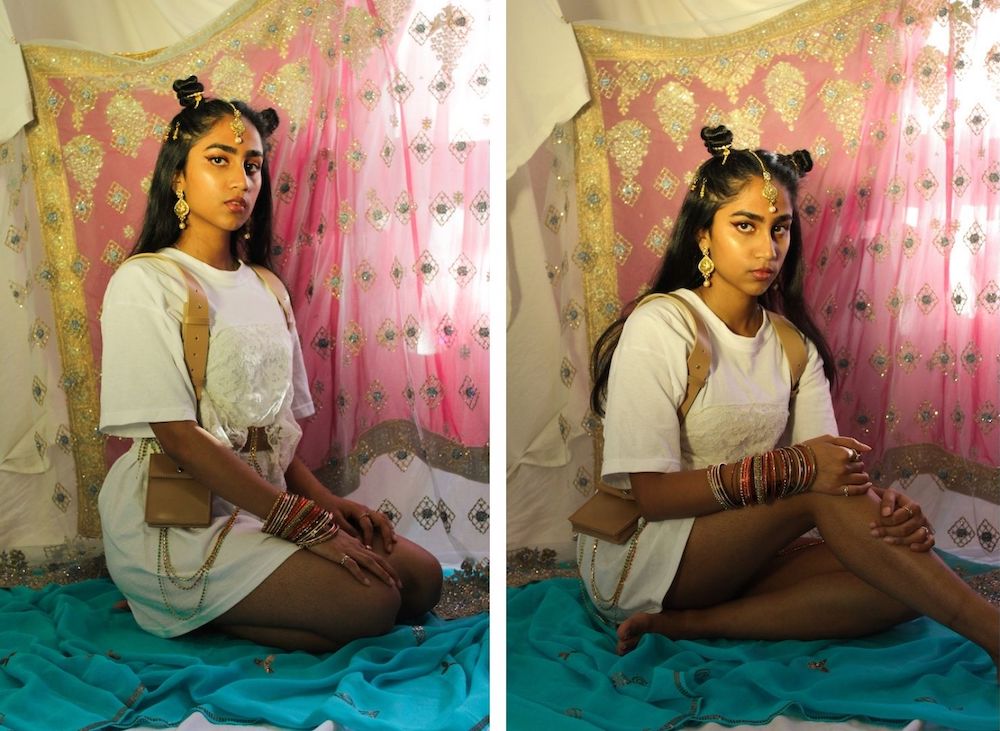 Sagthidas’ fashion photography takes a stylistic yet nostalgic approach toward her culture, while raising questions around identity, authenticity and representation. She draws upon her parents’ upbringing and experiences during the Sri Lankan Civil War, which took place from 1983 to 2009. The history of the war, their own personal suffering and experiences led Sagthidas to learn and embrace her culture, traditions and heritage. Tamils were once considered “…an enormous strain on the system”¹ in London during the 1990s—the time of mass immigration. However, this mass immigration was key to helping Tamil people survive, especially after the struggle—not just from the civil war, but also from the colonization of South Asians over the centuries.

Sagthidas conducted preliminary research at the Victoria and Albert Museum to discover how colonial institutions grew by exploiting resident minorities. Being in such archives, she realized that the holdings were in fact very small, a kind of tokenism in order to appear “diverse.” Propelling her to think about South Asian identity in the present times, projects such as ஒரு தீவிலிரு௺து ஒரு நகரம (Oru theevilirinthu oru nagaram; A City away from an Island), are amalgams of beautiful, handcrafted objects that aim to deconstruct Westernized sartorial stylizations. Sagthtidas’ other work, மரபுகௗ (Marapukkal; Traditions), is a reflection on her Tamil lineage, history, as well as Hinduism as her religion. This project is a step further towards self-discovery, self-styling and the ways in which a new generation embraces new positions. 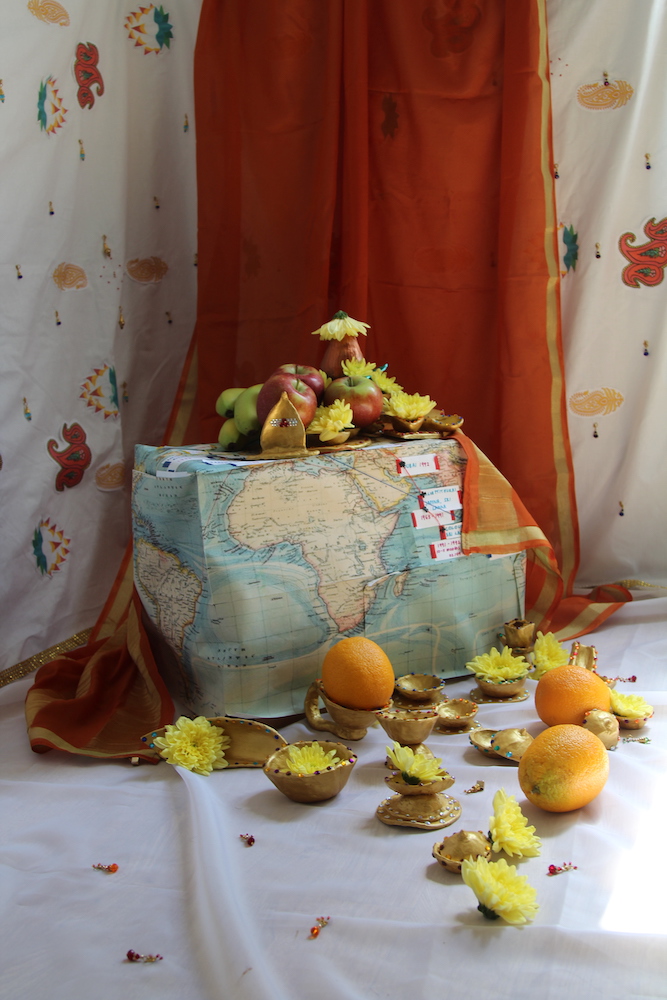 Untitled, Experimental still from மரபுகௗ (Marapukkal; Traditions). Reflecting on my parents’ journey from Jaffna to London, the war itself was of great historical significance as it changed the life of Tamils in and out of Sri Lanka. Learning from my parents about the forced migration of Tamils—because of who we are—led me to understand why my parents emphasize the importance of religion and culture, as so much of it has already been lost. London, UK, 2020, Digital photograph. 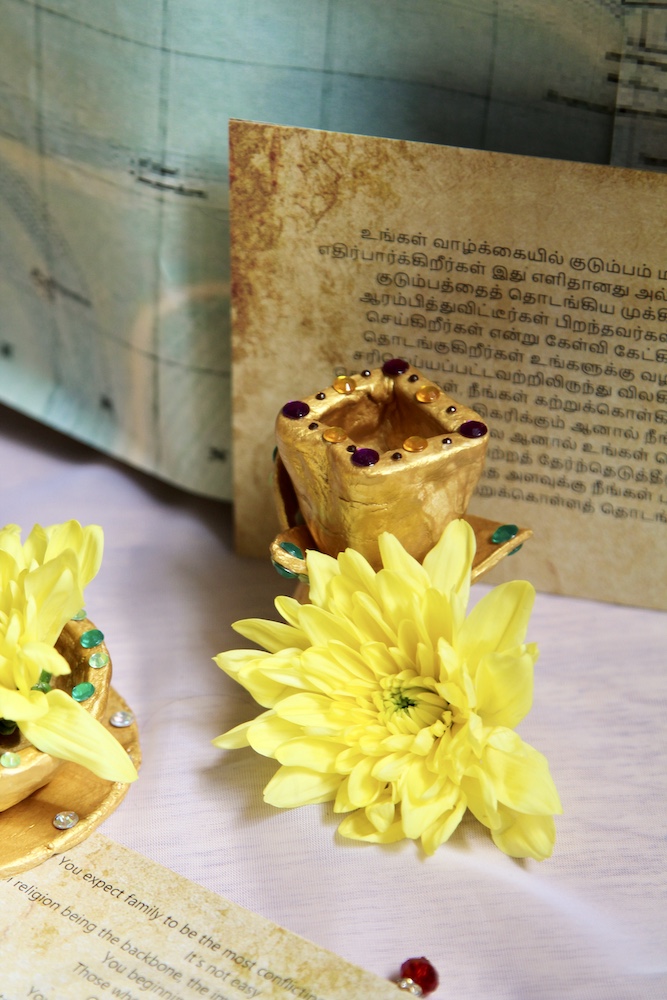 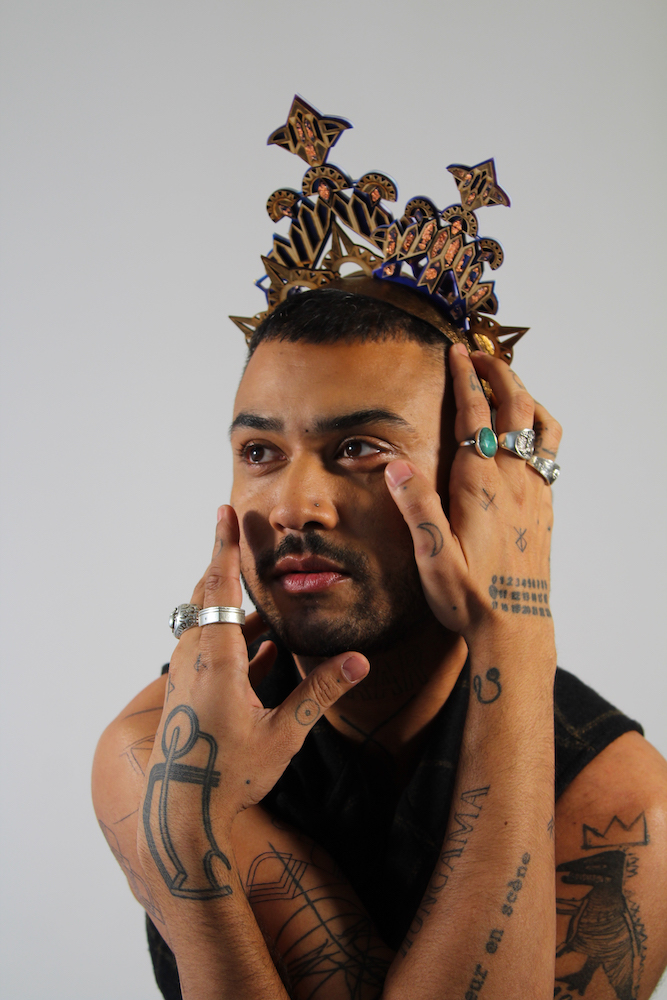 Based in London, Mathushaa Sagthidas’ photography practice comes from a strong interest in fine art, contemporary fashion and styling. Sagthidas developed these skills further by studying Fashion Promotion at Ravensbourne University London and Fine Art Photography at Camberwell College of Arts, University of the Arts, London.