This is a story of my grandparents, Peter and Amalorpavam. They got married on 3 November, 1960. Peter was twenty-eight years old and Amalorpavam was sixteen. They had a catholic wedding in Rajakkamangalamthurai, a coastal village in Kanyakumari district.

In my childhood, I was always fascinated by the stories my grandmother would narrate to me when we sat together looking at the photo albums. She would not only talk about her life but enlighten me about the history of Kanyakumari – its culture, tradition, and religious beliefs.

I wanted to create a short non-fiction novel which would capture the period she would narrate to me. These images of a faraway time brought me closer to my family, and through Alaigal, I want to bring everyone closer to knowing where I come from.

This work is part of the larger collection of photos which was made into a book “Alaigal: A Tale of Transient Tides.” The story revolves around how two different families came together for the marriage of Kala and Ravi.

Joel Fernando is a photographer based out of Kanyakumari and Chennai. He is pursuing his Masters in Photography Design from National Institute of Design, Gandhinagar. Joel is also a member of PEP Collective.

Amalorpavam, my grandmother, was almost sixteen years old when this image was taken. A similar image with her in half-saree was taken with the intent of presenting to the groom’s family. Six copies of the photograph were made and one was given to the Corera family. Her mother, my great-grandmother, Angelina Kamlam was nineteen when she was married. Amalorpavam was born the year after her marriage.

After Kala’s birth, Peter was searching for a job and secured one in Bahrain. He took the family to Bahrain, and his second child was born there. Kanute was baptised in Bahrain in 1967. Peter continued working in the company, alongside work parties and other excesses.

Before he took the family along with him, Amalorpavam argued and left him. She went to her mother’s place in Rajakkamangalamthurai which was about twenty kilometres from Kanyakumari. To pacify the family, he came back and took her along with him. 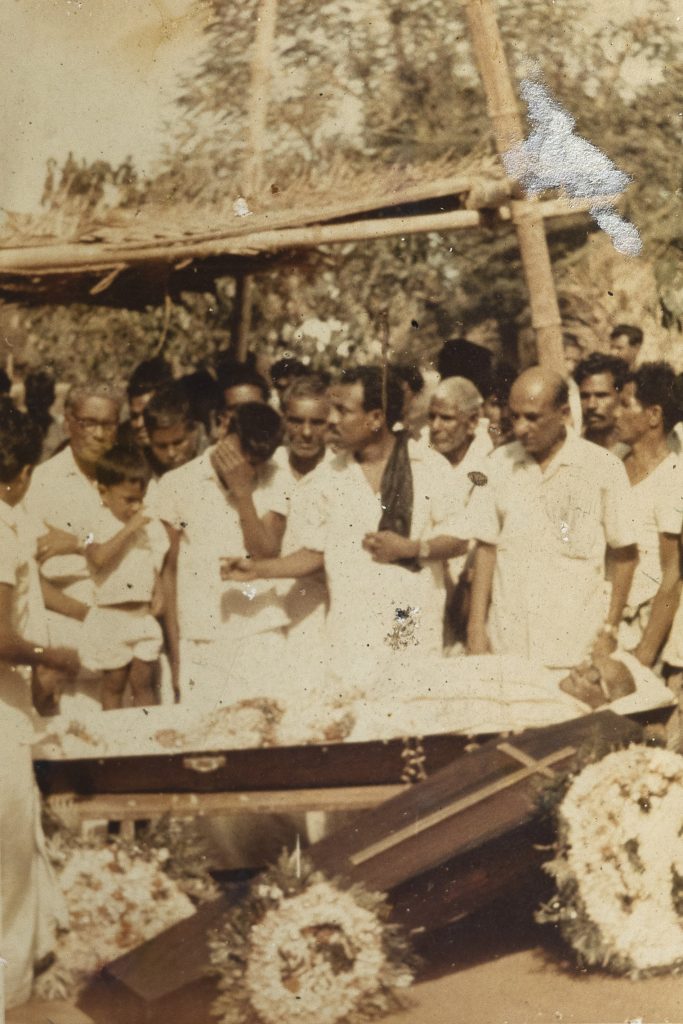 Among the photos that I found, many related to rituals like the death procession with coffin. Other events were also photographed either by a studio photographer or anyone who had the family’s camera. Several more “death procession photos” of other family members are found in the collection as well. The photos were made as they would have been for other family functions, such as weddings, baptisms etc. They served to keep the memory of the deceased alive.

There was a practice of giving an invitation to relatives and friends for the memorial mass of the deceased. These invitations followed Victorian mourning customs, and are still meant as keepsakes. The mass was often followed by serving food for all the guests. The invitations contained a prayer for the deceased’s soul to rest in peace. Hence, the church had, and still has, a huge influence among the fisherfolk. 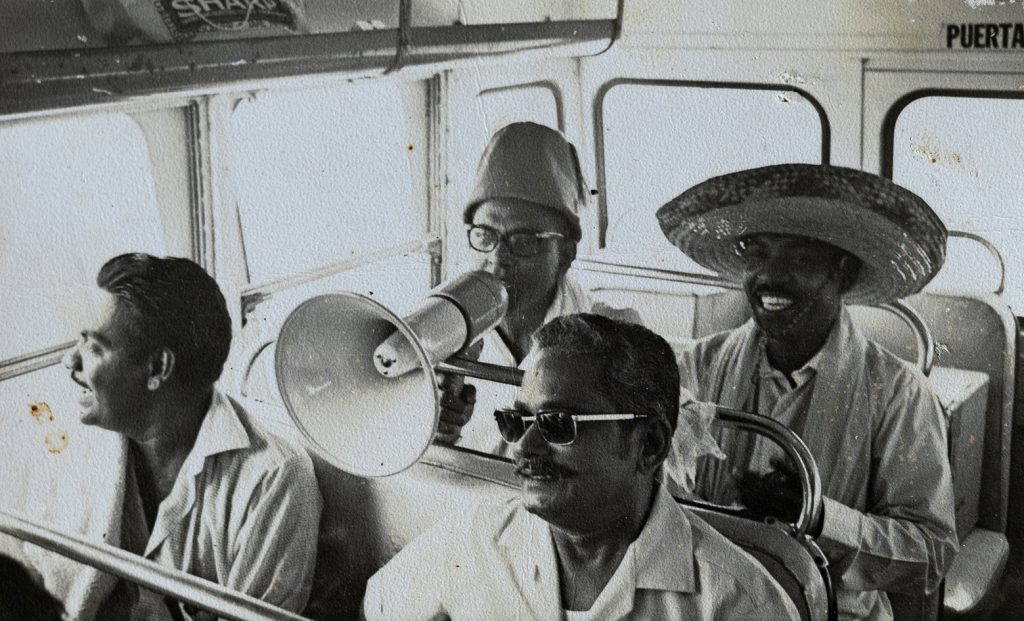 Peter Corera and his Friends. Bahrain. 1964.

Selvasamy Corera, Peter’s father, was a rich pannaiyar (landlord) in Kanyakumari. Peter, therefore, was not keen on finding a job, until talks of marriage began. At the time of his marriage, Peter Corera had secured a job in Neyveli Lignite Corporation (NLC). Within six months of marriage, he left the job at NLC. He remained jobless for the next four years. He had not completed his 11th standard because he could not pass the Hindi language exams. Later, he told his children how a simple language like Hindi, which he became proficient in speaking after going to Bahrain, stopped him from studying further.

Peter and Amalorpavam had their first child, Jacquline Kala Corera on 26 March, 1964 after two miscarriages.

In 1965, the Anti-Hindi agitations reached its peak in Tamil Nadu. It was largely a student led movement against the imposition of Hindi language by the Central Government. My grandfather, Peter had already found a job and was going to Bahrain. The movement brought an indelible political change in Tamil Nadu pushing out every other ideology and bringing in Dravidianism, which is still the only ideology which dictates the votes in the state.

As a photographer, Peter Corera took photos of his loved ones, but also wanted to be included in these moments. He often took photos of himself with his wife, using the camera’s self-timer. 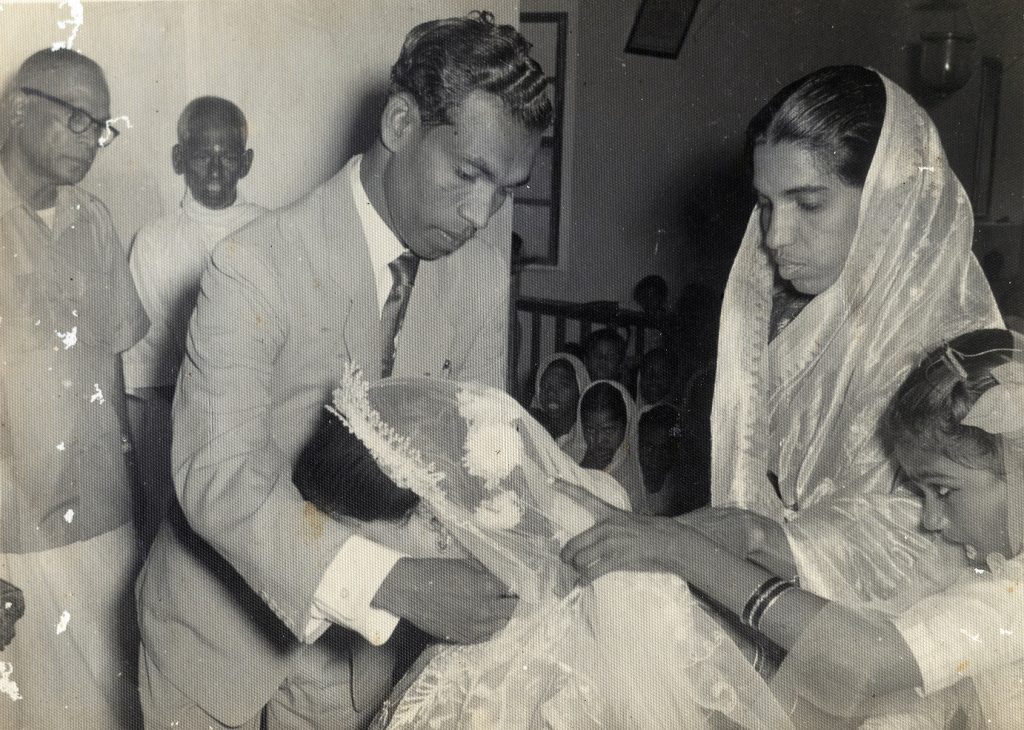 In 1981, after opening a cinema theatre on the advice of an astrologer who was introduced by his father-in-law, Peter Corera met with huge losses and had to sell his inherited land to stay afloat. His competitors in this business plotted against him and ensured that he could not run the business. On one occassion, his competitors threw a cycle chain on the electric line to short the electricity supply from reaching the theatre. He had to close the business within a year of its starting. 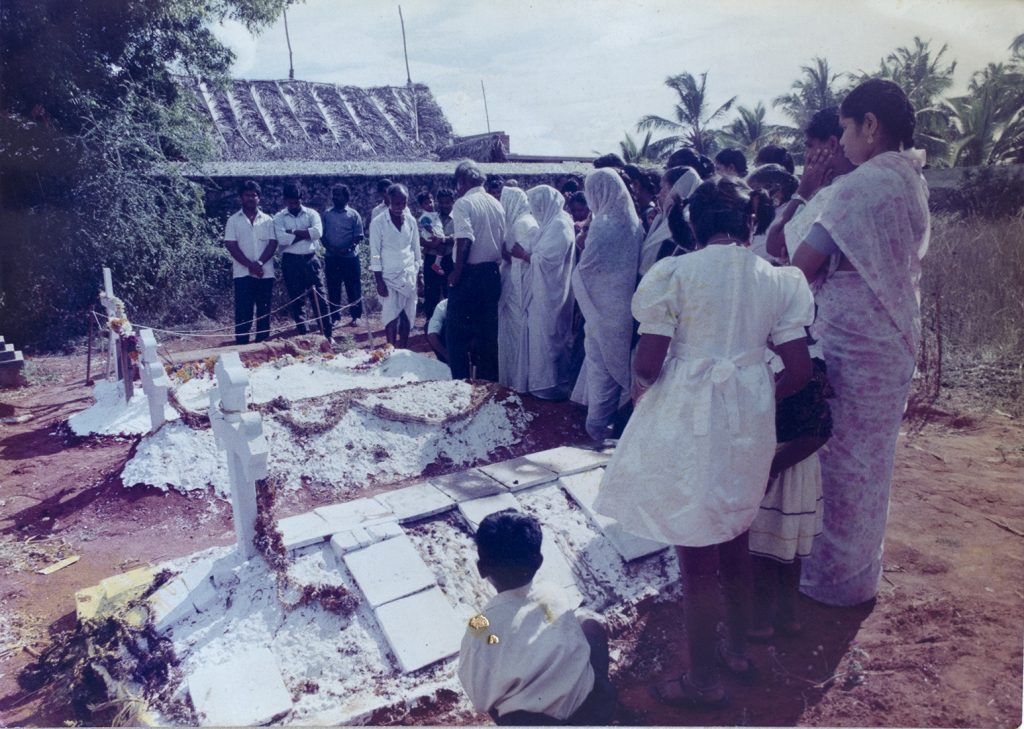 Joel Fernando (@joelfernandor) is a photographer based out of Kanyakumari and Chennai. He is pursuing his Masters in Photography Design from the National Institute of Design, Gandhinagar. Joel is also a member of PEP Collective (@pep_collective). In the PIX issue, Joel recounts the story of his grandparents, Peter and Amalorpavam through memorabilia including photo albums. This work is part of a larger collection of photos which was made into a book titled “Alaigal: A Tale of Transient Tides…” Images featured in this video may differ from the PIX edition. (Cover image by Yashna Kaul). Personal Paradigms will soon be launched digitally and made available on our website. Head to the link in bio to browse through our previous issues.