An Interview with Col. Pradeep Kapoor and Aditya Kapoor 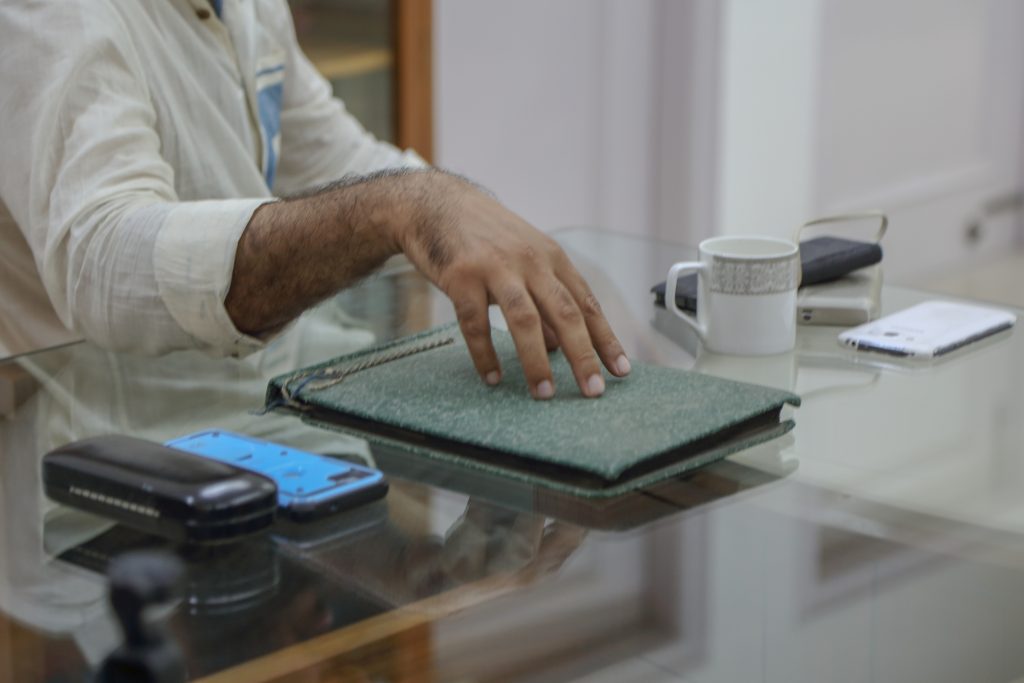 Rahaab Allana: You arrived at taking these photographs at this particular point of time. Can you give us a little prehistory?

Col. Pradeep Kapoor: My dad was with the government in a transferable job, working in the Department of Civil Aviation. Because he was constantly on the move, I got to attend different schools in different cities. But the last few years of education made a major impact on me and as a result the exposure to the armed forces took place when I was in my formative years. My dad also served with the Royal Navy during the Second World War and encouraged me to join the Armed Forces and that is how the actual transition from student to cadet took place. Immediately after having joined the army, within a year and a half, we got into 1971 war. So that was where it all began. Thereafter having become a soldier, I spent another six months at The Artillery School learning to become an Artillery man.

We were handed over 120 students, farmers, and small businessmen – all civilians who were actually Mukti Bahini and we were told to train them to become the artillery men and that they would be given guns of their own to fight. That was called the Mujib Battery, the first artillery unit of Bangladesh. This happened towards the end of June.

Aditya Kapoor: He was commissioned in 1969 and in ‘71 he was thrown into the war.

RA: Can you tell us about how you got the camera? What was the starting point to this album?

PK: As a youngster I was always intrigued with photography but it took concrete shape when I joined the army. I owned a small Click 3 camera but prior to the war, I was given a Yashica camera, one of the latest cameras, which was a gift from my father. I was very keen to take pictures with it but I knew that war was imminent and I may damage the device. So I stayed with the Click 3. The aim was to record personal experiences, what was happening with me, and obviously it was not possible to do it all the times. The war, as far as we were concerned, began in May and June ‘71 and went on all the way till the middle of December when the surrender took place. So these photos are from June onwards.

RA: Is all that you shot from that time in the album or is this a selection?

PK: It is a selection.

RA: So where is the rest?

AK: This brings me to the point of how I got hold of this album and how I have saved it from a slow demise. It was lying in the back of his office somewhere buried at the bottom of a stack and was placed there for a long time and as I started to open it, I saw that many images had fallen out or faded. I don’t think he planned to have a family to show it to when he was making this album. But I became curious about what his life was like prior to having a family.

What I like about it is the sarcasm and dark humour. His personality has changed now. I was keen to know what it was that he was doing with a camera. And as a photographer myself, my interest in this field begins with the exposure he ensured I received. I started with the Yashica he had never used during the war. So, it is also a way of salvaging something.

At first, I didn’t think that these images were immediately compelling, especially not in a conventional, journalistic photography sense looking at the work of entrenched photographers like Kishor Parekh for instance, but I find it distinctly interesting to see how a young soldier was spending his time during war. It wasn’t about just those thirteen days of intense battle in December, but six months prior to that.

There is an interesting anecdote about how when the war ended, the soldiers who were used to sleeping in bunkers on the floor chose to do the same though they were offered luxury beds. These are the things that tell me more about my father’s life.

RA (to AK): As a photographer who has done so many kinds of shoots, be it narrative, staged or storytelling lines, and so on and so forth, what I am curious about is as you said for you it goes into two realms. One was it being a part of your growing up but it gives access to your father in a different way. As a photographer, does it bring out certain questions in you about different perspectives that we must take into account while looking at any one narrative? So as a photographer what would it mean to you?

AK: I honestly feel that my engagement with photography has largely to do with human contact and less to do with a photo community. I feel that often as photographers we live a cocooned life. We surround ourselves with people who agree with us.

I am interested in the perspectives of people at large.

RA (to PK): When did you end up making the album?

PK: I put it together two years after the event.

RA: While you were laying it out, what was the idea?

PK: Only that each photograph should trigger a certain kind of memory so that I retain the “right” memory over the years.

RA: Did you ever share it with any of your band of brothers?

PK: Yes, we constantly show each other our respective photos and few years back my unit had its golden jubilee, so we all contributed various articles and we shared photos and experiences in writing and pictures, and it is compiled into a coffee table book. At the end of the war we were also asked by the army headquarters to provide photos and a lot of us did send it to the Photography Division. So the collection they had would be the largest. They are in the archive of the Armed Forces.

RA: Going back to that moment experientially, what do you remember most distinctly about the war as an individual?

PK: My memories are all military based, and so while the ’71 war resulted in freedom for Bangladesh, the implication overall for the people was very different, and what I was exposed to is only a tiny fraction of that larger perspective.

The photos were taken when I had time and action was slow. I wasn’t there for photography. So, whenever action was happening, I was busy with various tasks and there weren’t any thoughts around photography as such.

What is not there in the pictures is that, after the war ended, we arrived at this hotel unshaven and in clothes which were dirty and we hadn’t had a bath in several days because we did not have time and we walked into the coffee shop and sat down. We said we would like to have a cup of coffee. So they served us coffee. Then we said, let’s have sandwiches— so we had sandwiches, but the only sandwiches available were non-vegetarian sandwiches with beef. So that was our way of celebrating, and the mood of the people was such that no photo can replicate it or do justice to it because we were literally stopped at every street corner, and there were hundreds of people who would see us and shout “Jai Bangla!” and they were so happy at the Indian forces arriving there. Soldiers were visible as soldiers, and you can’t put that down in pictures.

So while other photographers who have documented the moment are also giving their perspective, even if we put it all together we are nowhere close to the entire picture. The more one focuses on it the more one realises there is more and more and more to see. So this enquiry will carry on. But my personal exposure is to do with the military side of things and I feel those who do not have an exposure to military perspectives, may not be able to grasp it in totality. 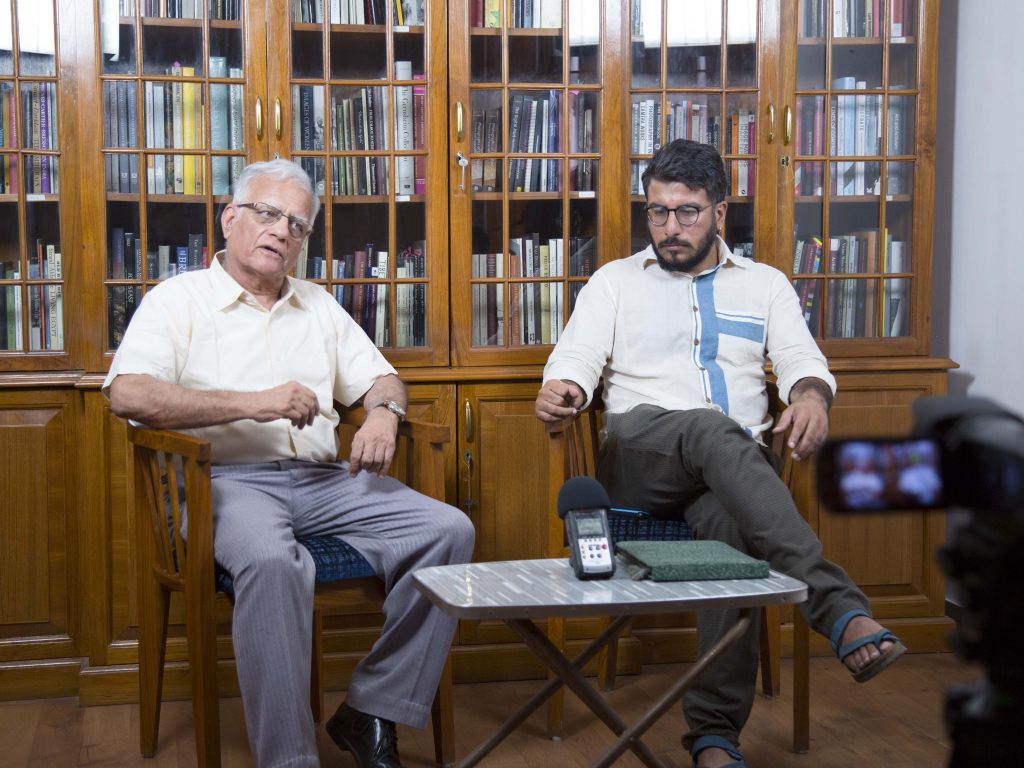