Pictures in My Hand of a Boy I Still Resemble

I arrived in California to pursue a degree in Engineering, straight cropped hair and a moustache, and when I arrived at the dorms, I knew I already stood out. It was 1986. I was walking out from my dorm room one afternoon to go to class and I ran into Mustafa in the hallway on the third floor of Holy Names College. He was dressed in total black. His hair had an angle in the back and the sides were shaved. He also had large loops in his ears and wore bangles. His cousins Omar and Marcel were not far behind. Omar was tall and his hair was longer on one side and he always walked with his head cocked. They all wore Doc Marten boots.

I think I felt an instant connection to Mustafa, maybe it was because we came from the same geographical location, maybe because we were both brown. Maybe I felt really lost and needed someone to look up to. It’s hard to remember these particular feelings when they occurred more than thirty years ago.

Marcel was the youngest of the three and almost childlike and had this amazing innocence. He always carried a can of Aquanet hairspray in his gym bag.

I remember soon after meeting them Omar saying that if I shaved my moustache, I would have a girlfriend. I did actually shave it, got a haircut from Erie at Panache in Berkley, and sprayed my hair up where I then had bangs. At a drunken party, I had my friend Graham Sproat piece one ear with a thumbtack. I wore a stud in that ear for a while and then got my other ear pierced. Graham used to play the guitar and we became close. He taught me how to drive in his VW Scirocco in a cemetery in Berkeley. I almost tore his gears using the stick shift.

Soon after this, I met Claudia who attended the same college that I did. Claudia said that she had only dated black men before and I was the first Indian she had ever gone out with. Claudia never really hung out with Mustafa and the gang as I called them. We dated for about three months and I broke up with her. I think I was afraid it might just get too serious and it would be harder to call it off. Within three months of being in college, I ran out of money and I was too embarrassed to ask my parents for more. Mustafa and his cousins used to work at Chez Panisse restaurant washing dishes.

Their uncle Khalil had first started working there and he had hired them, and in turn they got me hired. I worked long hours there. This world was completely new to me. It was December 1986 and drugs were prevalent, and everyone seemed to be on coke, or speed, or weed. During slow periods we would assist the cooks in the kitchen, peeling carrots, cleaning shrimp, or shucking peas, I worked as many shifts as I could. There were days when I would do the morning shift at 9 am and finish at 6 pm, and then start the night shift finishing at 1am. Mustafa would pick me up in his WV rabbit and drive me back to the dorms. I would often do a triple shift, going back again the next morning at 9 am.

Mustafa and his cousins and other friends used to hang out at Berkeley Square, a club that showed live bands. We spent a lot of nights there, listening to what were then obscure bands. Our friend Son Tran ran the club and David would bartend.

David would make us kamikazes and white Russians. We always had at least a six-pack of Mickeys bigmouth beer in the trunk of Mustafa’s car. It was quite malty and gave you one hell of a buzz. Once the bands left, Marcel would DJ and we would clean up and hang out, pulling out the table tennis table on the dance floor. There were many nights where would just sleep there, pulling chairs together to make a very temporary bed. 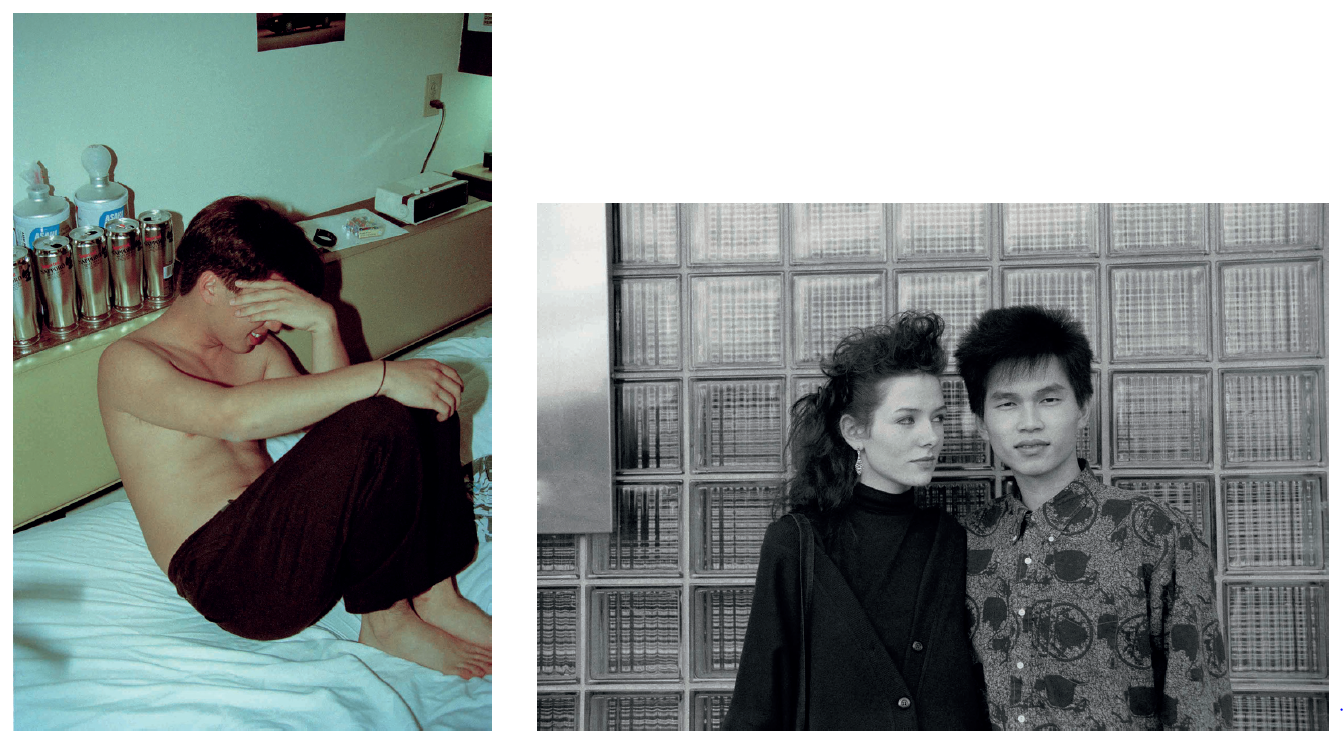 I eventually dropped out of college as I wasn’t attending classes and lost interest in continuing my Engineering degree and the fact that I was working long hours. I moved out of the dorms and found a room in a German woman’s house. She was a photographer who ran a studio in Oakland. I had the room in the basement of the house and everyone who lived there would have to go through my room to get to theirs. My landlady would always dress my bed with lace bedsheets. The room was dark with no light coming in but I was only there to sleep. It was never a place to host friends.

Tanya, Mustafas ex-girlfriend who he had dated through high school also joined Holy Names College. She and I became friends and I became his replacement. Her gestures were overt but it took me a long time to get the hint. I spoke to Mustafa about this and he said he was okay with me dating Tanya.

Tanya would come to my place and stay the night there as she had a roommate in the dorms. We dated just over a year, and she cheated on me with Nestor who we met at a party.

I would have to lock my door as I didn’t want my landlady to know I was having someone stay over and the other tenants couldn’t get in. The landlady eventually found out but she said nothing. I used to borrow my old dorm roommate, Richard’s pickup truck, a white Toyota. I would pick her up from the dorms in the evening and drop her back in the morning for her classes. I would never let the engine warm up and it would often stall in the middle of the highway. I did a terrible job of parallel parking but managed well enough to not get a ticket. There were nights when Mustafa would drop me in his car at her parents’ house in Richmond where she went over the weekend. I would crawl in through her window and leave again the same way when it was morning, walking back to Mustafa’s house.

Tanya and I broke up after my return from a trip to India and I was the single for many years. Mustafa seemed to always have a girlfriend and I was always with them. I felt like a third wheel but they never let me feel that way.

Mustafa and I spent the first few years of our friendship hanging out every day.

I would go to his mother’s house to have amazing home-cooked Afghani food. I would sometimes spend the night there sharing Mustafa’s bed. I felt like I had in him a brother, in his mother, my own mother, and a family that I severely lacked growing up.

I’ve gone through unrequited love, fleeting relationships, seen the death of close friends through suicide, and been through a failed marriage and a failed relationship. Why is it that I always go back to this time? What is it about this time that makes me emotional and irrationally long for it? I think maybe it’s that for the first time in my young adulthood I had found something like a family. The love was unconditional and the expectations of each other were real and tangible.

Srinivas Kuruganti has lived and worked in New York, London, and Delhi. His work focuses on environmental issues and health-related stories across India. Since 2015, he has been revisiting his thirty-year archive of photographs with the intention of creating a series of books interspersed with personal notes. These books will detail his travels within India, America, and Europe ranging from everyday life to personal experiences.

All images from the series Pictures in My Hand of a Boy I Still Resemble. California and Mexico. 1986 – 2000. Analogue photographs.

Hear Srinivas talk about his project:

Srinivas Kuruganti (@srinivaskuruganti) has lived and worked in New York, London, and Delhi. His work focuses on environmental issues and health-related stories across India. Since 2015, he has been revisiting his thirty-year archive of photographs with the intention of creating a series of books interspersed with personal notes. His series titled Pictures in My Hand of a Boy I Still Resemble, were shot in California and Mexico between 1986 and 2000. His work provides a glimpse of various personal relationships after he started college in the United States. With a quintessentially, anecdotal style, he asks: "What is it about this time that makes me emotional and irrationally long for it? I think maybe it’s that for the first time in my young adulthood I had found something like a family. The love was unconditional and the expectations of each other were real and tangible." Images featured in this video may differ from the PIX edition. (Cover image by Yashna Kaul).