In 1931, the same year that Walter Benjamin, living between Paris and Berlin published his now canonical “Little History of Photography,” the twin sisters Debalina and Manobina celebrated their twelfth birthday in the north Indian town of Ramnagar. To mark the occasion, their father Binod Bihari Sen Roy, a teacher in the employ of the Maharaja of Benares and a member of the Royal Photographic Society in London gifted them an Agfa Brownie. He encouraged his daughters to use this unassuming camera to photograph prolifically; to become proficient in a variety of genres and develop their own styles; to transition to twin lens reflex cameras like the Rolleiflex and Rolleicord; to be comfortable in the darkroom; and to exhibit their work via the amateur photographic culture growing around them. They remained committed to photography into adulthood and even upon moving into different households in Calcutta and Bombay, with Manobina marrying the filmmaker Bimal Roy in 1937 and Debalina marrying an industrialist named Nitish Chandra Mazumder in 1946 after obtaining a BA and Masters. Manobina’s eldest daughter Rinki remembers that when they were reunited during a six-month stay in London in 1959-1960 from which they returned via Paris and Geneva, they spent every free minute in parks, streets, theatres, and shops with their cameras hanging ever-ready over their saris.[1] Debalina’s grandson Rajsaday recalls how “they would both get almost lyrical when talking about their work… They loved doing it and loved talking about it – not about what they did but about photography in general,” while Debalina, at the age of eighty-one, disclosed: “I used to dream that I am going to London or somewhere, and then after going to the airport, on the plane, I discover I haven’t got my camera.[2] I begin to cry. What will I do without my camera? I had that sort of an attachment with it. Somebody once told me that the eye is better than the camera. I said, that is all fine, but I would like to go over memories. Things as I saw them then.”[3]

Thus, the desire, conscientiousness, ambition, doubling, and disarray of the twins’ photographic lives open onto another little history of photography. One constituted by memories as well as by materials such as the two silver-fish eaten albums now with Debalina’s daughter Kamalini. The first, entitled “Sweet Memories, 1935” and attributed to “LinaBina” – a moniker derived from both of their names – holds atmospheric portraits of Sen Roy lighting a cigarette, smoking a hookah pipe, and writing at his desk and views of the Taj Mahal, the impressive entrance of their Ramnagar bungalow, a cat bathed in sunlight, and clouds and trees reflected in waterbodies. The second features silhouettes and still-lives, men at work on the house and in the garden, and their mother Kironmoyee and older sister Anusuya in coy side profiles. There are hundreds of loose prints whose stamps and stickers attest to their circulation through the U.P. Amateur Photographic Association Lucknow in 1939, a photographic exhibition patronised by the Governor of Bengal and held by the Lens Club Calcutta in 1940 and the 3rd Benares All-India Salon organised by Photographic Society of Bangalore later that year, or the 1965 All India Photographic Association hosted by the Vishakha Camera Club and the 1966 Andhra Pradesh Salon of Photography hosted by the Mahbubnagar Camera Club. Manobina’s son Joy has also preserved a series of press clippings, ranging from “Impressions of Moscow” and “A Sunday Afternoon in Hyde Park” which Manobina contributed to the Illustrated Weekly of India in 1960 to a posthumous profile in The Hindu that sought to retrieve Manobina’s from the shadow of her husband’s fame.[4] While Debalina’s articles for the illustrated press are no longer traceable, some of her work has been digitised by the Centre for Studies in the Social Sciences, including a series of photos she had made of Durga Puja in Calcutta between 1962 –1965 with the intention of publishing as a photo book.

Over the course of my research on the practices and afterlives of amateur photography in South Asia, I have often returned to these deeply personal, yet also always publicly-engaged materials, and in particular, to a street photograph of two bespectacled women in long coats. I like to imagine that whilst wandering through the former imperial metropole in search of strange and familiar sights, Debalina and Manobina had stumbled upon an image of themselves, and whether out of surprise or delight, had stopped in their tracks, looked down into their viewfinders, adjusted the shutter speed, tensed the shutter on one side, released the knob on the other, and thereby incorporated these lines, layers and shapes into a black and white composition to which they each laid claim. On the back of a print now with Joy, Manobina has written “Two old ladies meet on the road in London just to say ‘what a lovely day’ – they are so lonely – that just to be able to talk to someone – is a relief.” Debalina’s inscription, on a print kept by Kamalini, reads “Roadside gossip.” The inscriptions are different in tone, yet both involve the twins writing themselves into the photographic script and yet not insisting or expanding on their own identities – there is no mention of “I.”

In trying to establish whether the prints do indeed belong to the same image, I have found myself apprehending minute differences between them and later concluding that these are the result of cropping by Debalina. This looking, wherein I double back on myself, is like my disoriented appraisal of the photographed women. I cannot quite ascertain where one ends and the other begins, for they are so identical in stature, age, clothing, the tilt of their heads. Or, since one has her back to the camera while the other faces it (and this only because they are were in the act of facing each other), it might be more appropriate to call them a unit, a photographic entity, that just like the twins’ early appellation of themselves as “LinaBina” indicates the radical cosmopolitanism of their photographic encounters.

Mallika Leuzinger recently completed her PhD in the History of Art department at University College London. 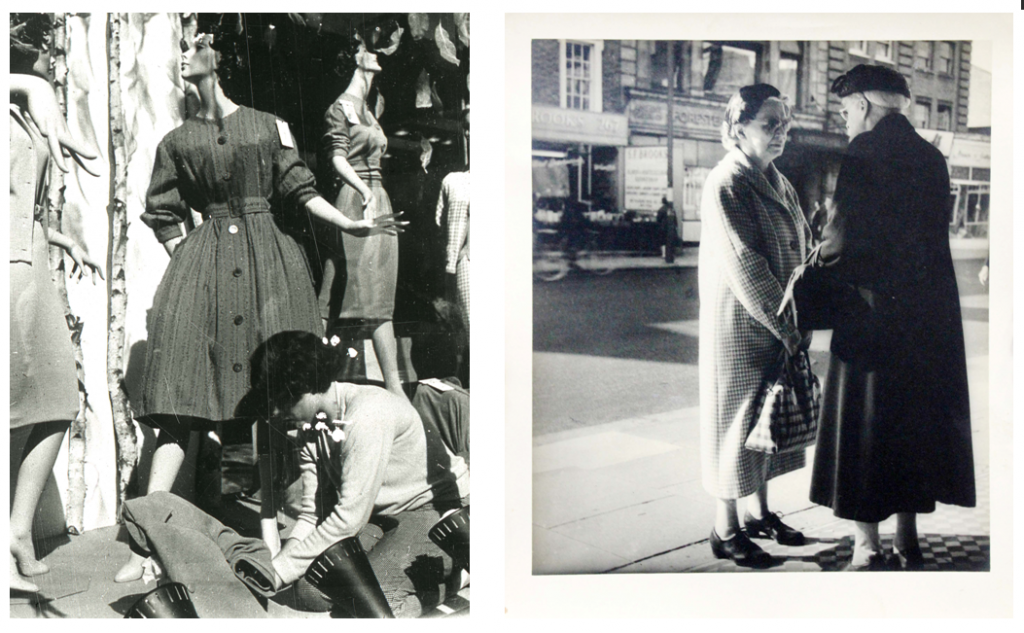 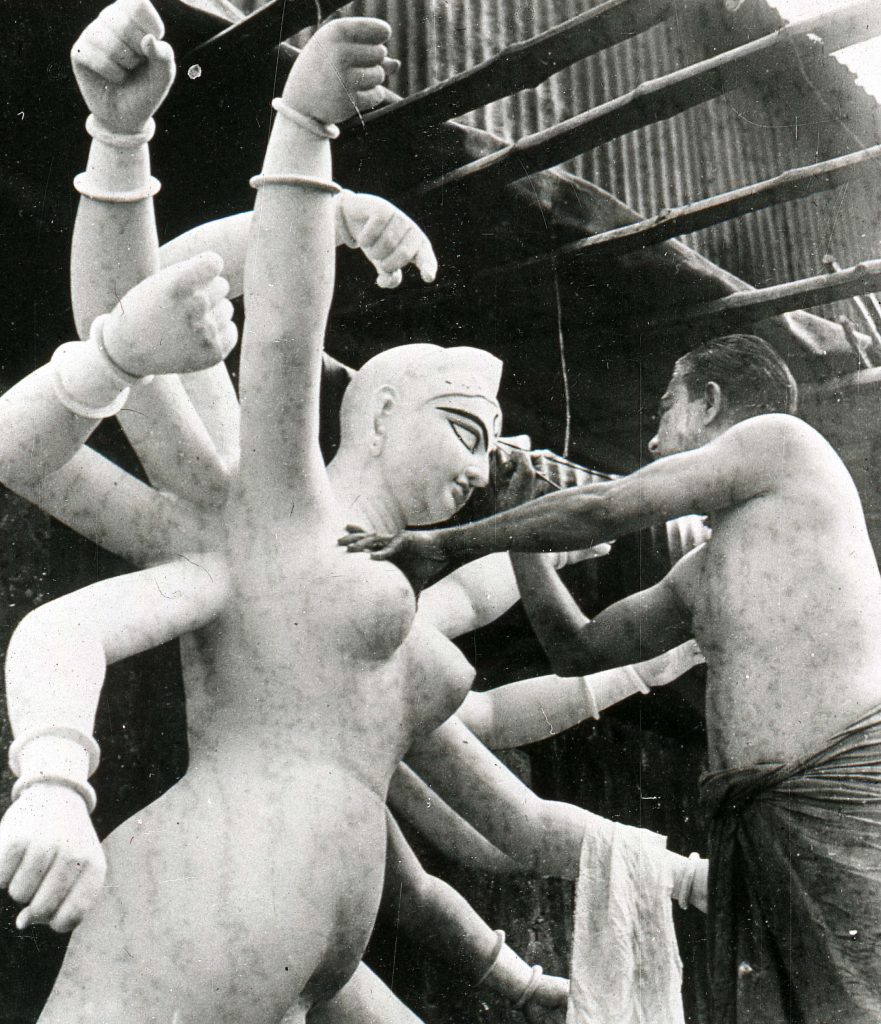 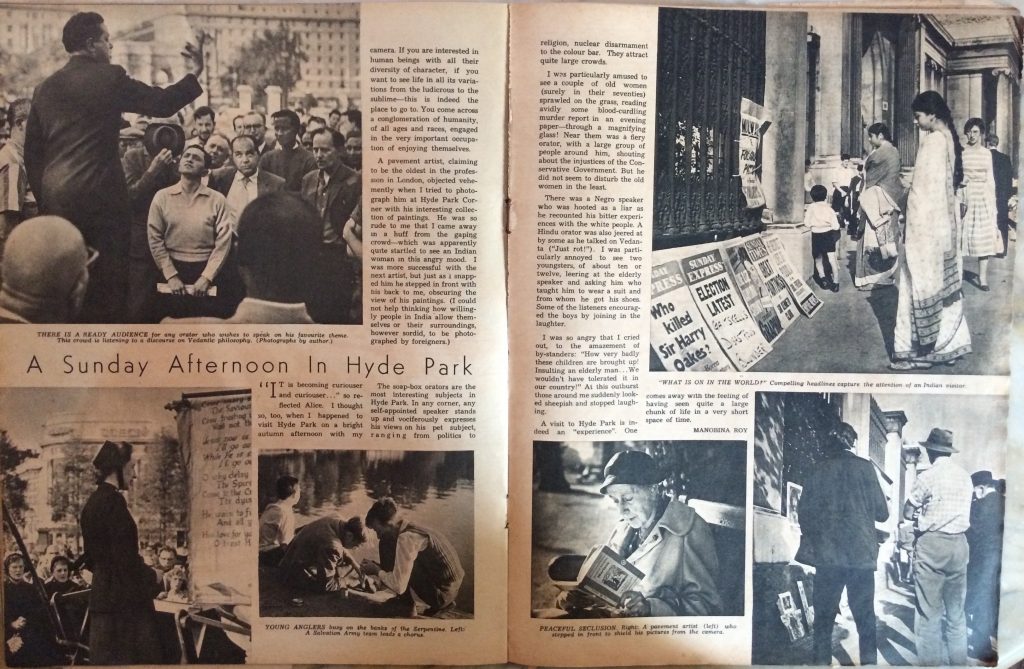 Mallika Leuzinger (@mallikaleuzinger) recently completed her PhD in the History of Art department at University College London. Her article in the PIX issue is titled, “Seeing Double: The Photographic Lives of Debalina Majumdar and Manobina Roy.” She unearths the lyrical intonations of the works of the twin sisters whose photographic oeuvre begins with the use of an Agfa Brownie in the 1930s, and carries on well into the 60s. Their contribution has recently been acknowledged in an exhibition at the at The Harrington Street Arts Centre, Kolkata. Images featured in this video may differ from the PIX edition. (Cover image by Yashna Kaul). Personal Paradigms will soon be launched digitally and made available on our website. Head to the link in bio to browse through our previous issues.