Different forms of photography have played a pivotal role in shaping my trajectory. The first book I read on photography was by Don McCullin, the British photojournalist who concentrated a lot on war photography. Unreasonable Behaviour: An Autobiography was published in 2002, and it made me think about what kind of work I really wanted to do, as a photographer in the field, trying to capture transition or perhaps something transitory.

Before I even got into environmental photography, I saw the work of American photographer, Mitch Epstein, who also documented aspects of cinema relating to India and its diaspora in Mississippi Masala and even Salaam Bombay. One of his images has stayed with me: suburban homes with a coal power plant in the background, (Amos Coal Power Plant, Raymond City, West Virginia. 2004) a hyper-real view into engineering, and the contrast created by industries as a backdrop to homes.

Another photographer whose work really inspired me was Mark Morrisroe, the performance photographer who shot the punk scene in the 1970s in Boston. The intimacy that he portrays in his pictures and his ability to accordingly evoke his own life, struck a chord. Subsequently, I have pondered whether one is trying to affect the public perception of photography? Can it be informed in ways that compel us to look beyond the image, suggesting that perhaps the cultural history of the photograph is a little under exposed, because the threads that connect practices need to be asked some initial questions before the moment of arrival can be reached.

Arriving at the current project, and having worked on it for the last 5 years, I felt that a photographer might well be a chronicler of change. This project looks at Ankleshwar in Gujarat and Patancheru in Andhra Pradesh, which are among the largest industrial estates in Asia covering over 400 hectares. Over 4,000 factories in these two regions produce much of the world’s supply of generic drugs, pesticides, fertilizers and dyes. Toxic effluents from these plants have polluted the rivers and ground water. The second series covers Orissa, a state that leads the country in the production of chromite, bauxite and iron ore. Mining operations here have cleared swathes of forest and farmland and displaced tribal communities, who for centuries have relied on the land for their livelihood and culture.

I used to always work in black and white but that changed after I saw the work of Luc Delahaye (Winterreise, 2000), the French practitioner whose large-scale images depict social change and detachment. Taking a departure from this, I feel my work documents the lives of people residing in zones of unregulated industry. A photographer friend once told me that a story is not just about what is at the centre but rather on the periphery. The community is therefore as or more important than the actual industrial site. But, at the end of the day, you can only make people aware through your photographs, and you have no control on how people may view the images, or what action they may take, if any.

Patancheru in Andhra Pradesh has one of the largest industrial estates in India covering over 400 hectares. August 10, 2006, Patancheru, Andhra Pradesh

Effluents from factories are dumped into the Nakavagu stream instead of being sent to the effluent treatment plant for processing. Arsenic and cadmium among other chemicals in the effluents have damaged the crops and poisoned the livestock. December 11, 2007, Patancheru, Andhra Pradesh 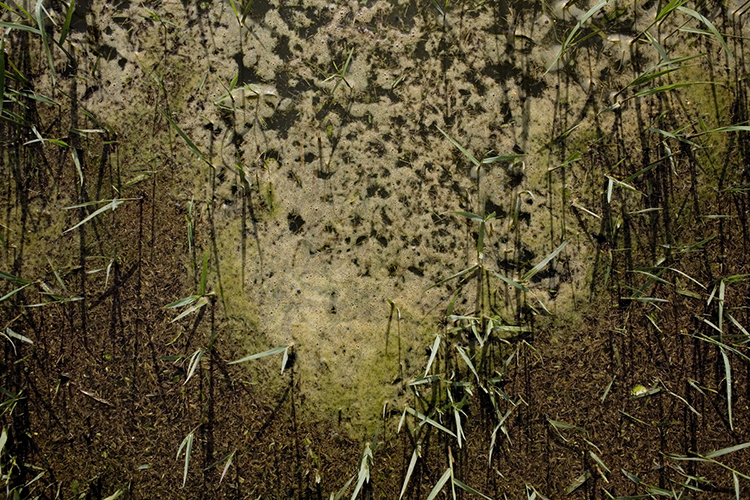 Environmental agencies have found that in this area arsenic levels from effluents are as high as 700 parts per billion (PPB, as against the permissible 10 PPB recommended by the World Health Organization (WHO). August 10, 2006, Patancheru, Andhra Pradesh 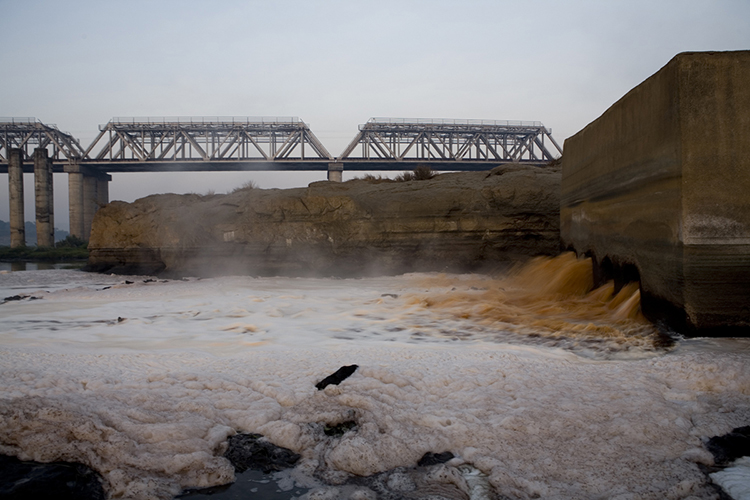 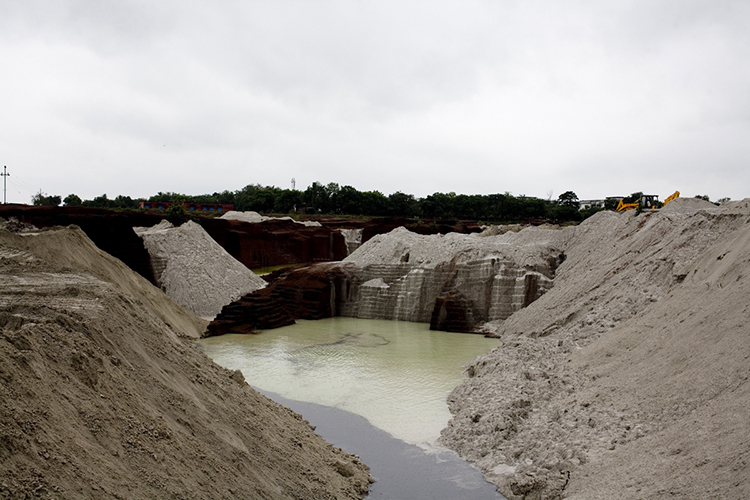 Sukinda valley in Orissa state contains almost all of India’s chromium ore deposits. The waste from processing the ore is dumped into abandoned quarries. December 4, 2010 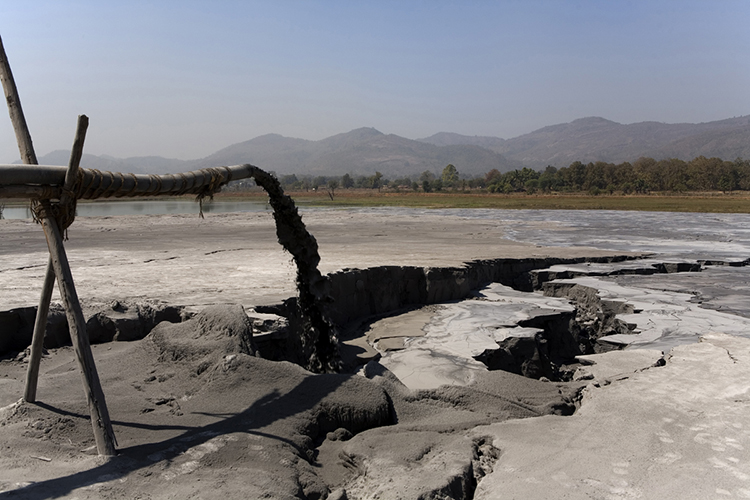 The waste, toxic fly ash and water from the Vendanta refinery in Lanjigarh town is dumped into open pits, which are surrounded in close proximity by villages. March 2, 2010, Lanjigarh, Orissa 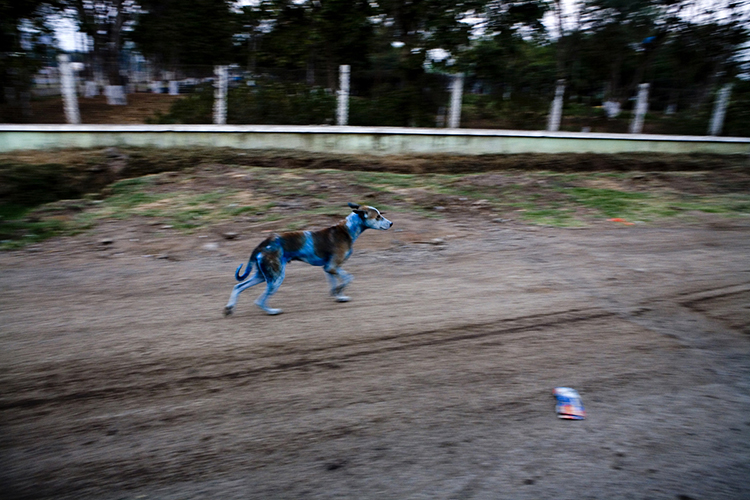 Stray dogs that live in the area carry the same colour on their skin as the dye factory workers. January 16, 2008, Ankleshwar, Gujarat 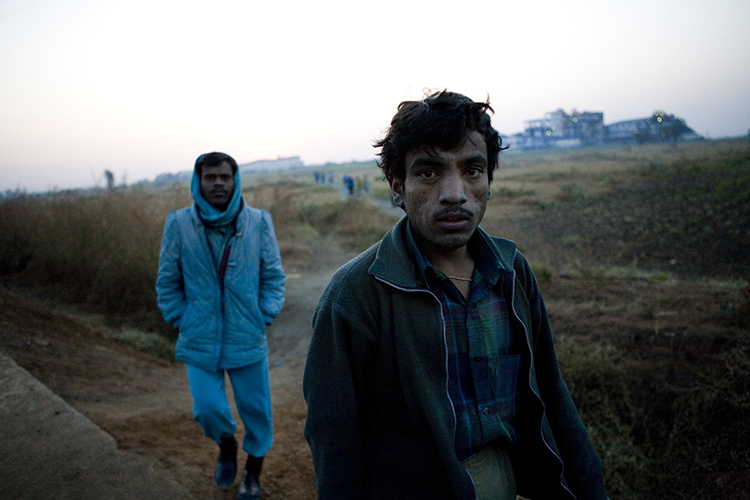 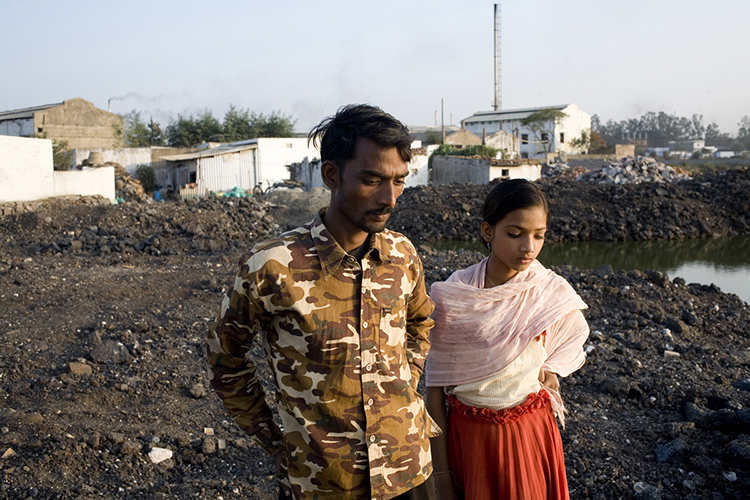 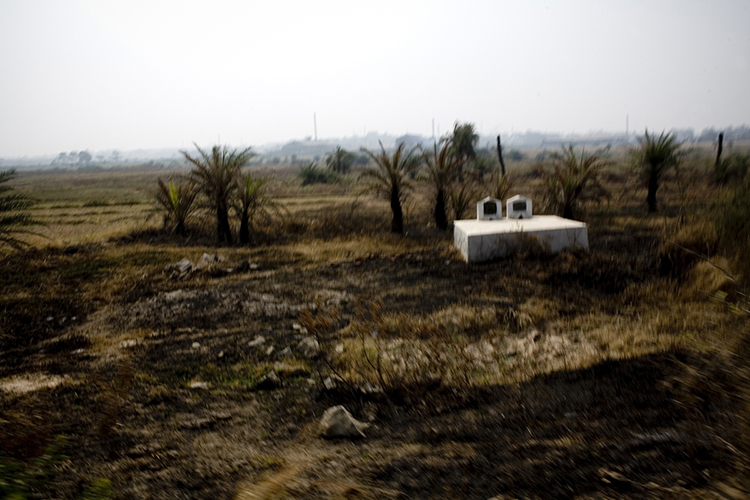 The effluents from the factories have seeped into the groundwater and into agricultural fields. December 12,2007, Patancheru, Andhra Pradesh

Steel rolling mills here dump their waste in neighbouring villages where residents sift through the waste to collect scrap metal to sell back to the mills. December 17, 2007, Patancheru, Andhra Pradesh