A slum spread across 2.5 square km exists in a posh area of Ahmedabad. Originally called Gulbai Tekra, it is sarcastically referred to as ‘Hollywood’ by locals. The community living here is involved in making statues of Ganesha. They make these statues all year round, culminating in the final day when people buy the statues, which are eventually submerged in the Sabarmati River.

The statues are always found in different stages of production and instead of being accommodated in houses or storage spaces, they become the very walls of the community’s existence. An entire mini village of 1000 people exists around these statues in the midst of a booming metropolis. The same statues, which are worshipped and bought for enormous amounts of money for one particular occasion, can be found in this area all year round without passersby giving them a second look.

The statues have become a part of the natural environment of the people who are living here, completely consuming their time before the festival and the sale. It is also an industry which is under constant threat of being banned, particularly after concerns were raised about the detrimental use of the plaster of Paris. Furthermore, the expansion of a growing metropolis has resulted in the destruction of large portions of the slum. In the shadow of shopping centres and corporate offices, some of the places photographed are now the only relics of what ‘Hollywood’ once looked like.

All images from the series Hollywood, Ahmedabad, 2012-13 Digital 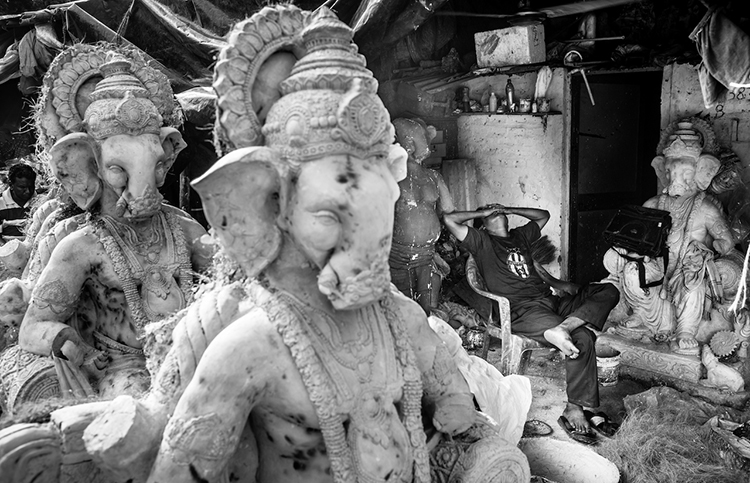 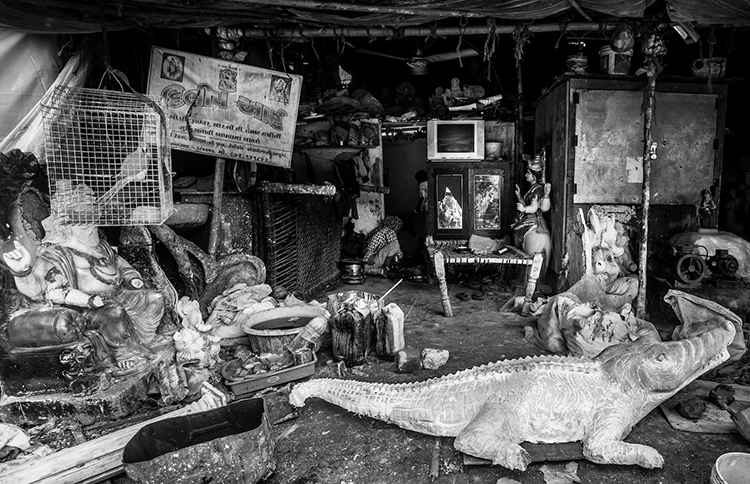 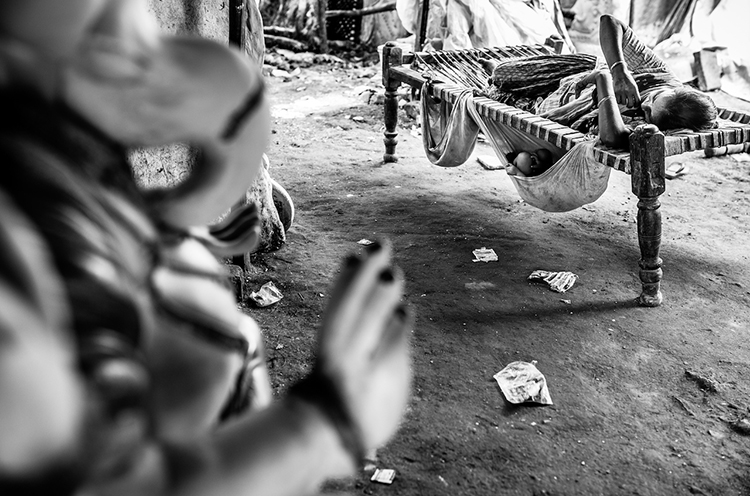 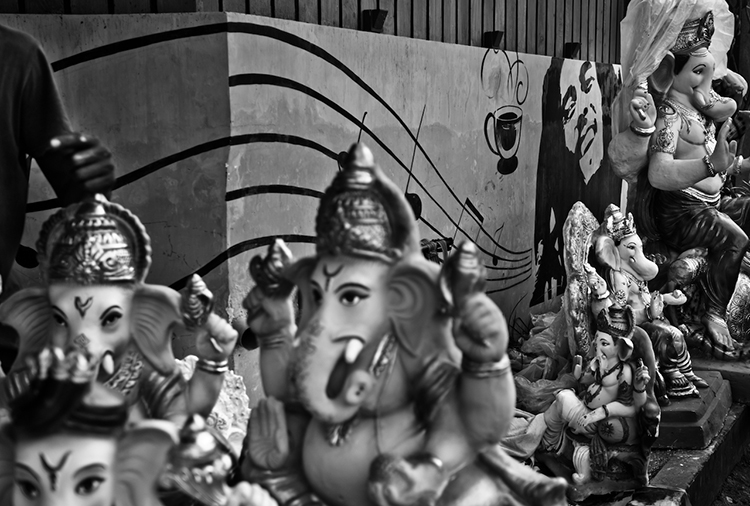 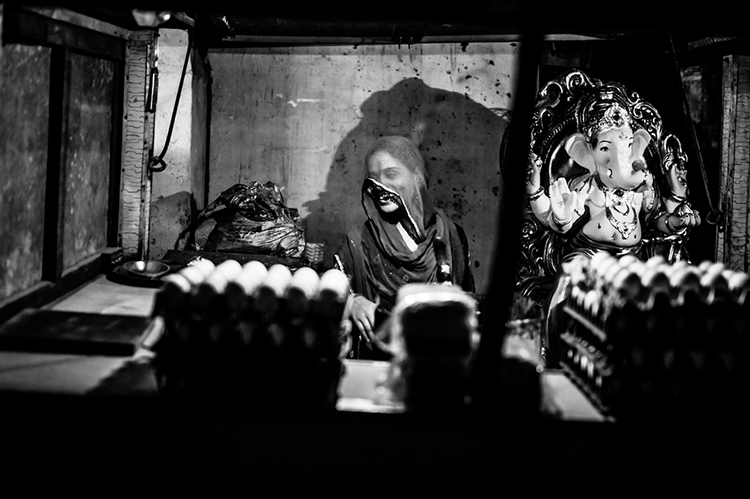 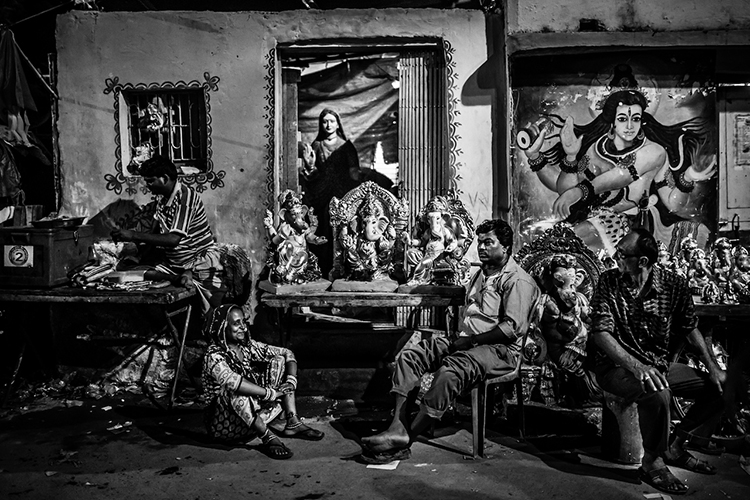