In 2012, the Kurigram District in Bangladesh was flooded and water logged due to heavy rainfall that lasted for two weeks. Numerous shelters were created for affected people. About 100,000 people still remain in shelters in the Kurigram District because of the damage to property. This is the second time floods devastated the region in the same season. Despite the distribution of rations and money during this time, flooding disrupts rural life in Bangladesh on a regular basis. People learn to adapt and continue their daily activities, now governed by a life on water.

“It was over twenty years since the river had flooded the island, and at that time no-one had lived there.” So went one of the opening lines of Ruskin Bond’s remarkable children’s classic, Angry River. As a city child, the book was my first inkling that a river wasn’t only what lay below the Howrah Bridge: flat, grey, unmoving. A river could be alive. It could be angry. And it could be beautiful.

Looking at Rasel Chowdhury’s images of the 2012 floods in Bangladesh’s Kurigram District, it was Angry River I remembered. I thought of Sita, the little girl-woman through whose eyes we watch the river’s terrifying transformation. In the morning, the water is muddy instead of green, and her favourite rock has disappeared, “the one on which she often sat dangling her feet… watching the little Chilwa fish swim by.” By noon, the water has oozed its way into the hut, and a horrified Sita climbs into the big peepul tree. But as the water rages around it, “a dragon on the rampage”, the old tree gives up its grip on the earth.

Sita, clinging to the tree, is set afloat on the swirling water. But what is remarkable is that Bond chooses to evoke awe rather than plain fear. His river is an elemental force against which it would be foolish to struggle, but it is also the giver of life. It is the river that gives Sita’s grandfather his fish, and the silt it leaves in its wake is where the villagers grow their vegetables—and Sita her mango tree.

Chowdhury’s images, too, have that strange quality of calm. A tubewell in a surging sea makes human efforts look foolish. But people are not fleeing the river’s rage. They do not fight the water; they inhabit it. Boys appear to be preparing to fish as they wade through waist deep water. Women stand stoic, even striking a pose for the photographer. Two men stretch out on the roof of a submerged house. A horse stands still, and waits. There is a sense that this is temporary. Books wait expectantly in the flooded school room. But what will be, will be. Even the gods seem resigned to an early immersion.

Perhaps, like them, we assume that the river’s wrath will recede, and then the world will be reborn.

“We are part of the river,” says the boy who rescues Sita. “We cannot live without it.”

All images from the series Life on Water,
Kurigram District, Bangladesh
2012, Digital 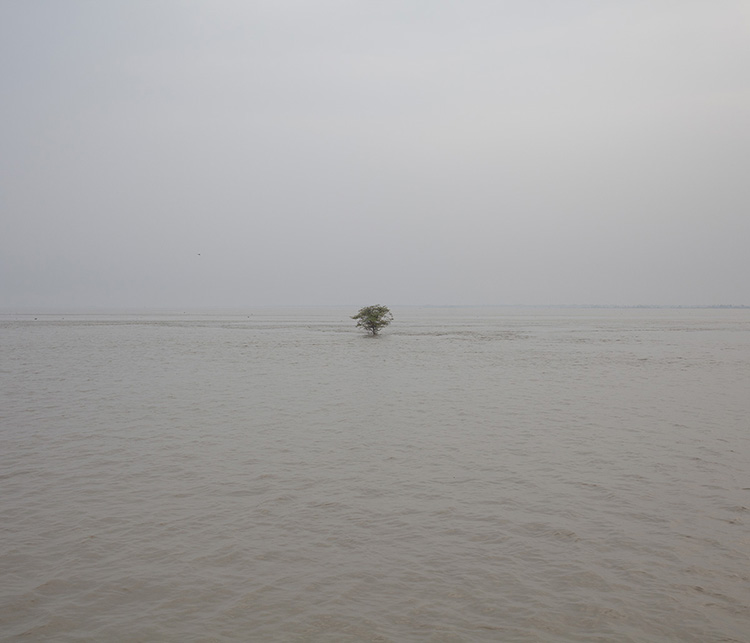 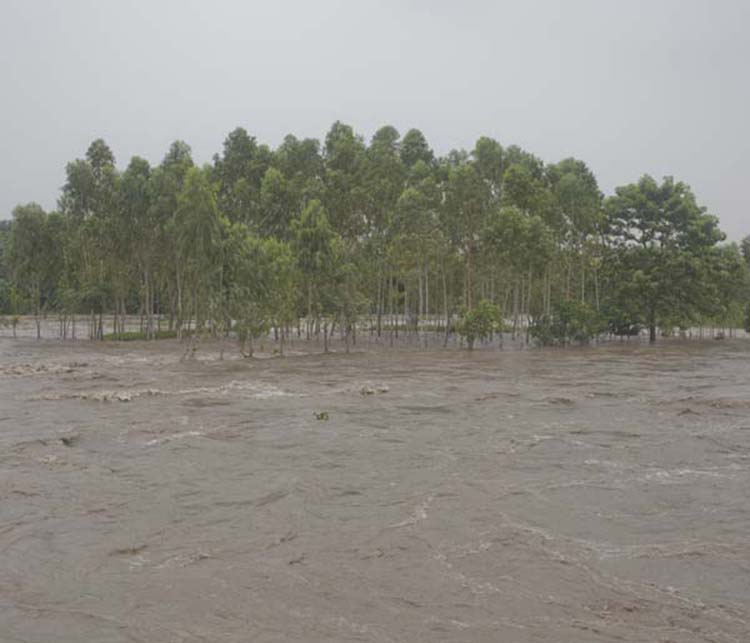 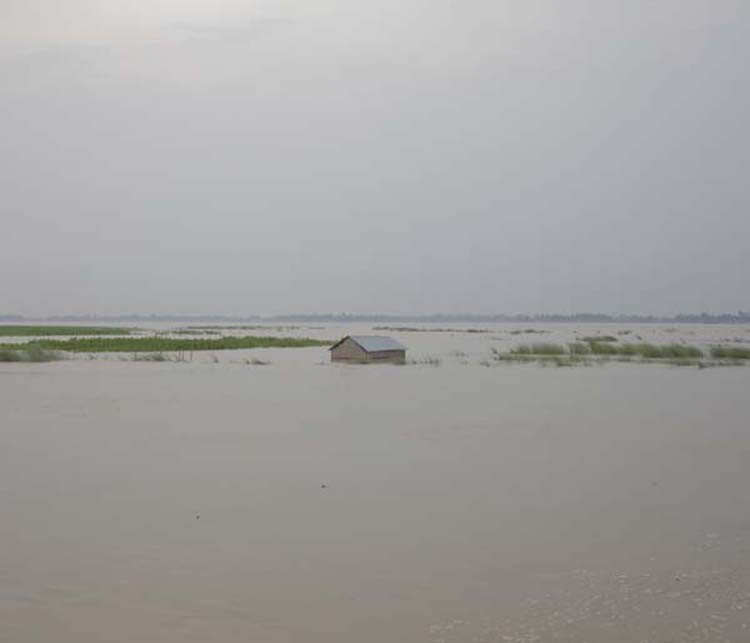 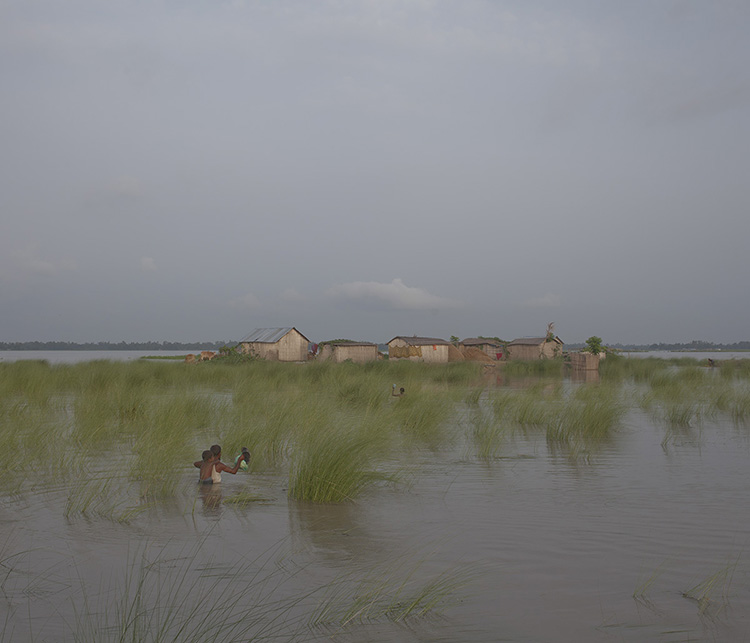 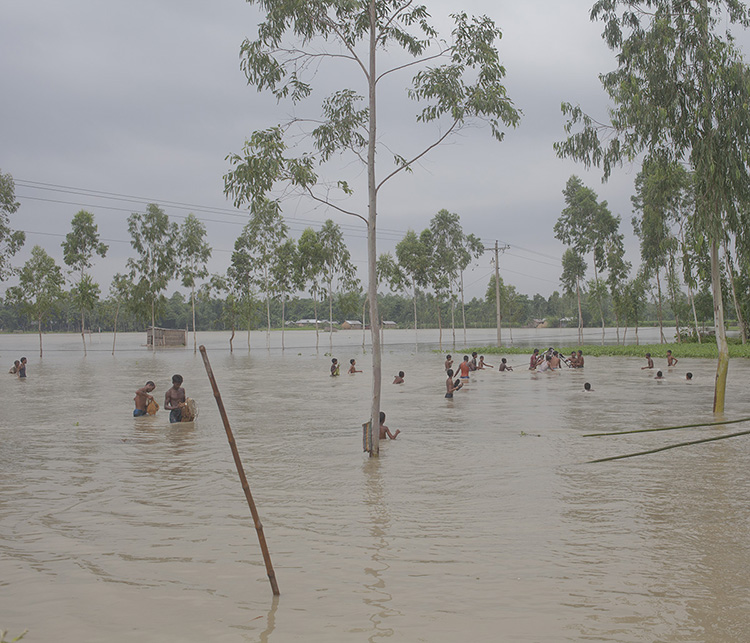 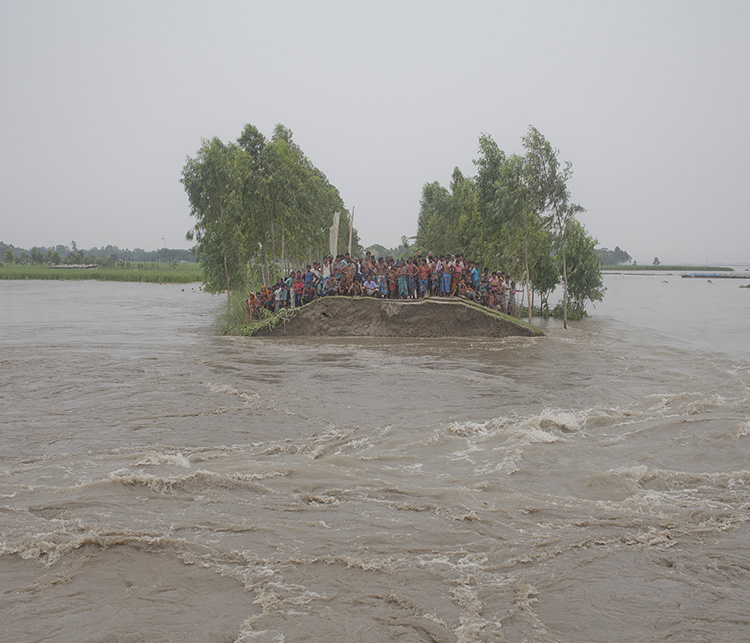 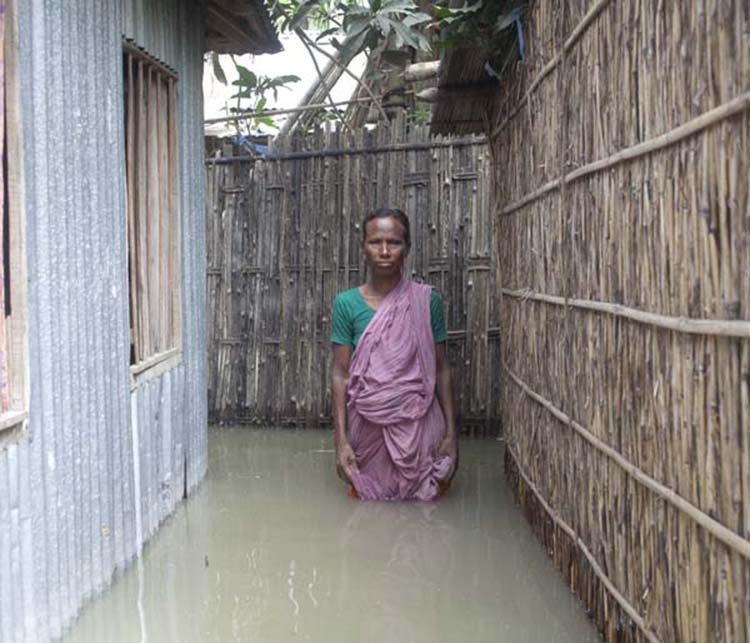 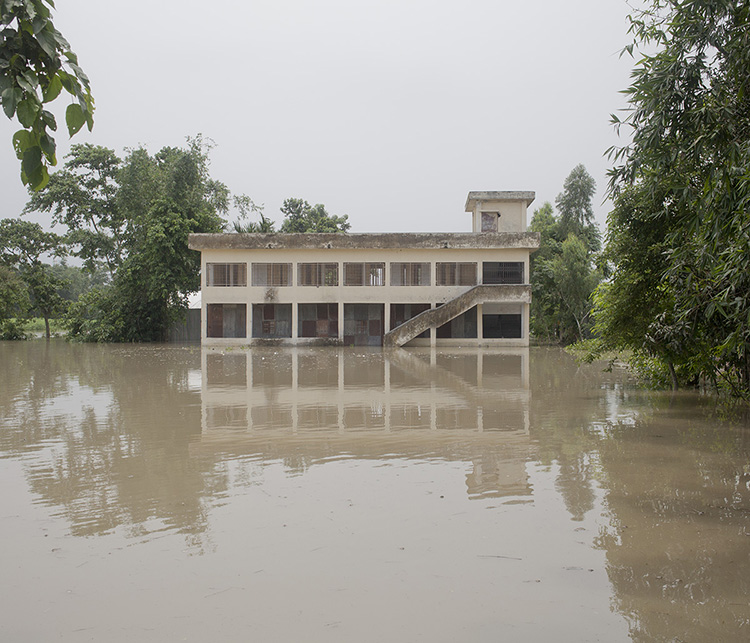 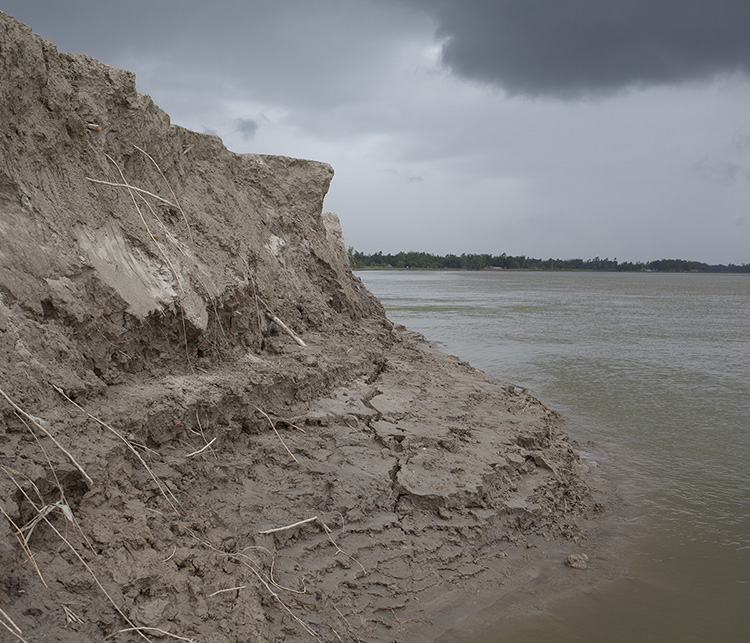 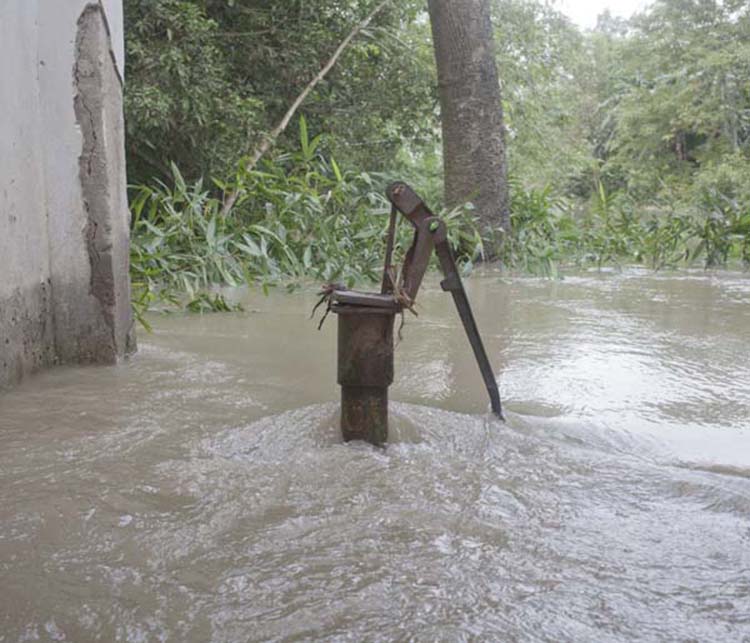