When Nigerians began migrating to Italy in the mid-1980s, they were one of the first communities from developing countries that were attracted by Italy’s demand for low-skilled labour in agriculture and services. Constrained by stringent border controls, many were (and still are) pushed to take illegal routes to the country and then adopt professions that are less than safe.

The term ‘trafficking’ emerged in the 1990s, and it led to new areas of research and activism, such as investigating and combating modern-day slavery. Those who have been defined as ‘trafficked’ or ‘enslaved’ have worked in professions ranging from mining to agriculture, in housekeeping, elderly care and the sex industry. The underground economy attracted immigrant workers providing them jobs without regulations. In a market strongly segmented by gender, age, educational qualifications and population shortages with immigrants, problems are worsened by a political system and public opinion where xenophobia is widespread. As men remained at work in the fields of the southern regions of Italy where organised crime thrives, and the line between legitimate and illegal enterprises is often blurred—it is here that the first Nigerian women began to independently work as prostitutes.

For over 20 years, the women of Benin City, a town in the state of Edo in the south-central part of Nigeria, have travelled to Italy to work in the sex trade. Every year, successful ones recruit younger girls to follow in their steps. Driving along country roads on the outskirts of Rome with a Mamiya 7 during one of my regular visits home, I couldn’t help but notice scantily clad women dotting the landscape. They work in subhuman conditions and when I started shooting them, I was most concerned about depicting them with grace, and without revealing their identity. The eerie makeshift atmosphere of the sex camps represents a clear sense that the economic and social crises are degrading the conditions of everyday life fora vast range of people in many parts of the world and that the global elites’ answers to these crises cannot provide any solutions, regulations or reprieve in the near future.

Prohibition and criminalisation of migration can only worsen work conditions, making sex workers more vulnerable to harassment and deportation. I started investigating and shooting this story five years ago. With hindsight, I find that the situation remains essentially unchanged, and so my attempt is to allow viewers to study and contexualise what they are seeing. Pictures of migrant prostitutes’ beds, soiled and disregarded, give a sense of their socioeconomic condition. It therefore seems to me that narrative photography is well suited to help affirm identity positions. ‘Real photography’ is impossible to practice, since real events may be strictly individual, but as I discovered, it was the individual lives of these Nigerians that faithfully represented the reality of their harsh circumstances. 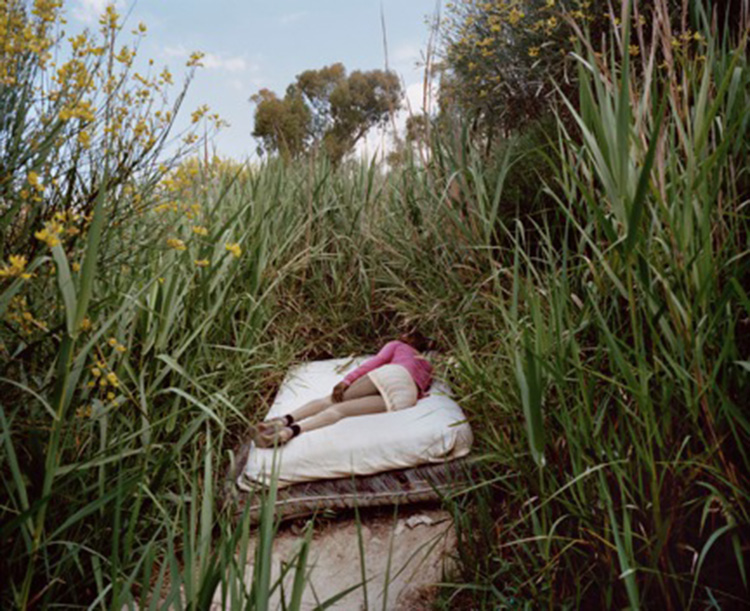 Anna, a Nigerian sex worker on her makeshift bed on the fringes of Rome, Italy. 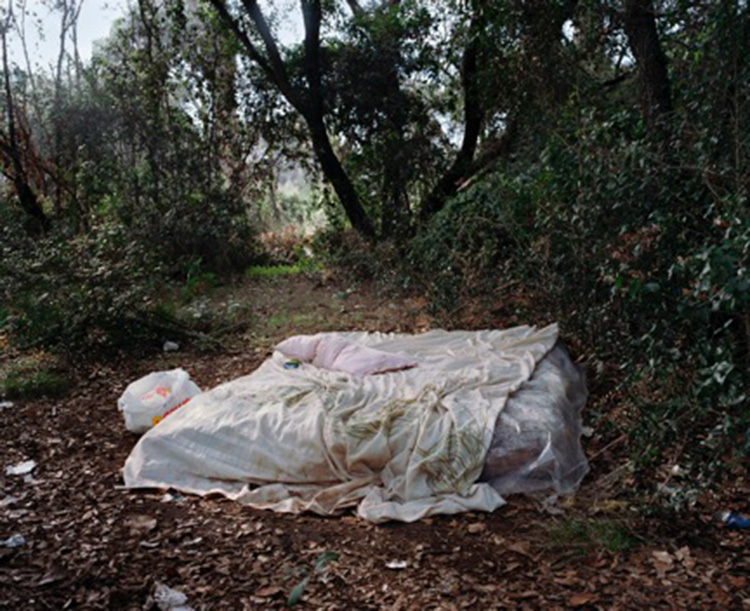 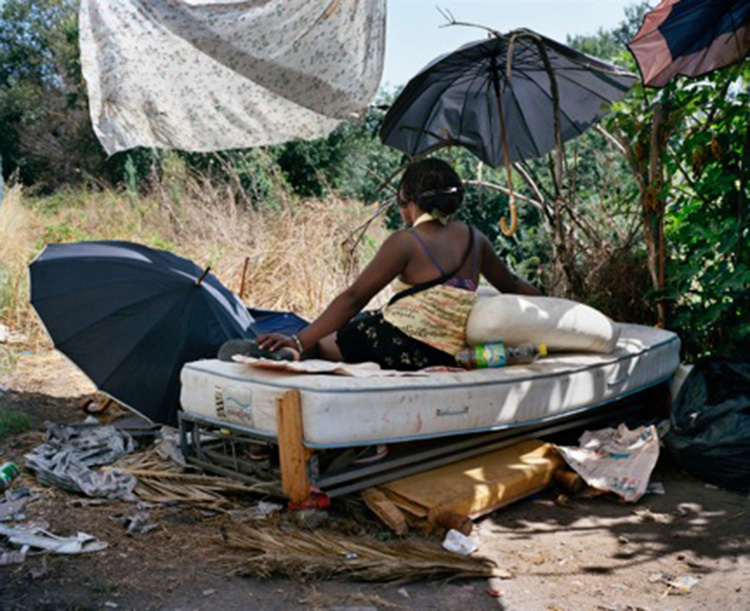 Deborah, a Nigerian sex worker on her makeshift bed on the fringes of Rome, Italy. 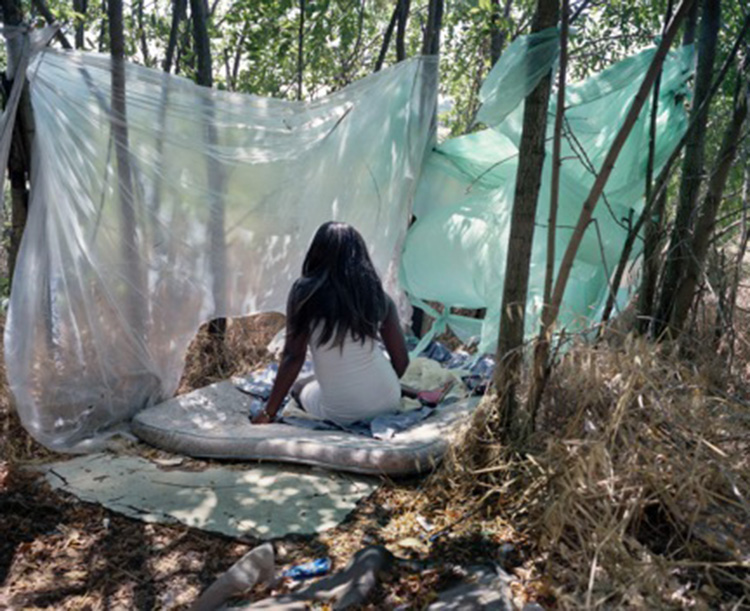 Sharon, a Nigerian sex worker on her makeshift bed on the fringes of Rome, Italy. 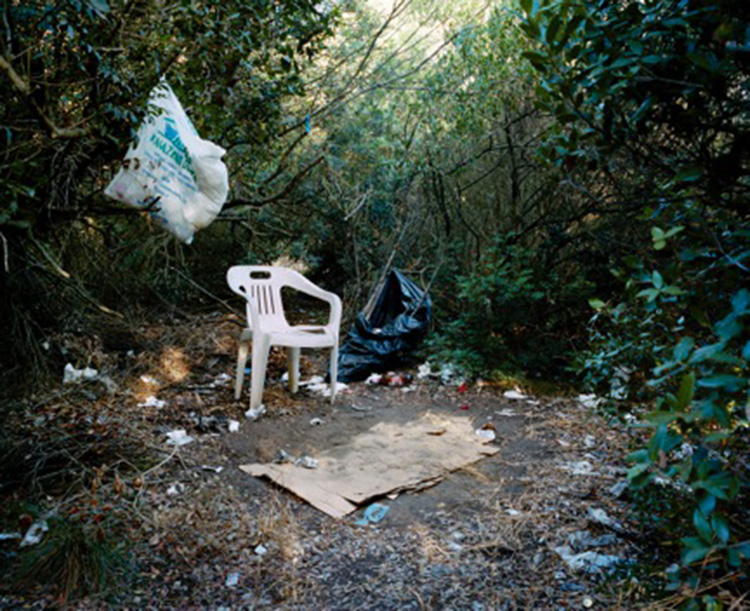 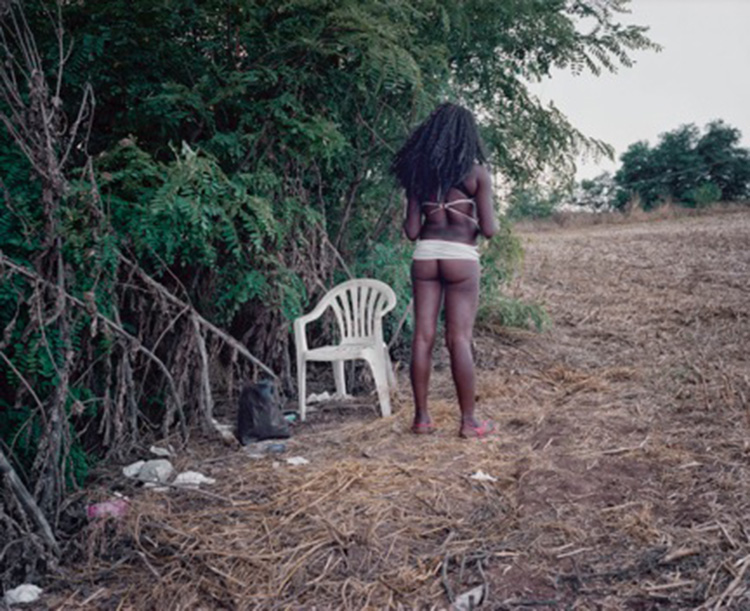 Mary, a Nigerian sex worker in a wooded area on the outskirts of Rome, Italy. 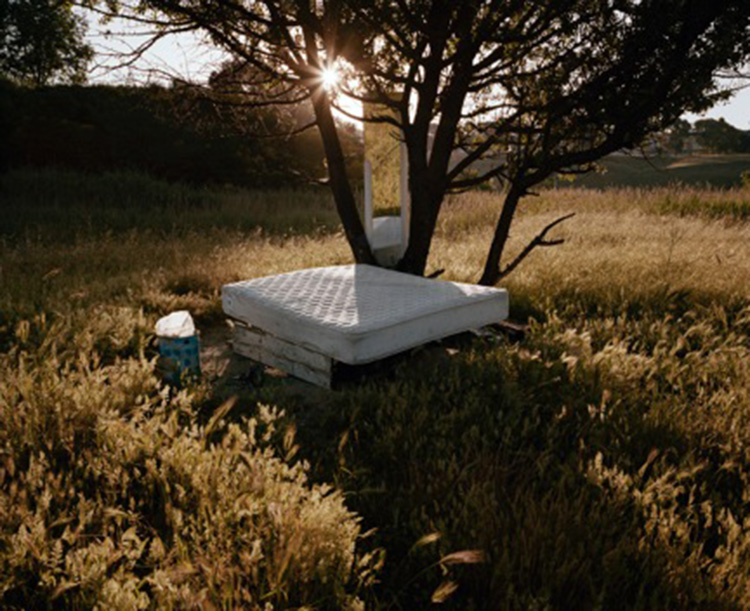 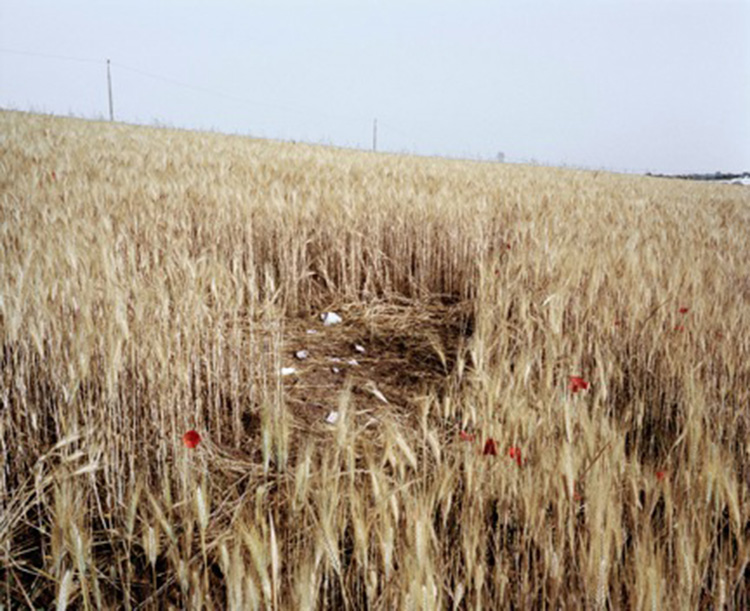 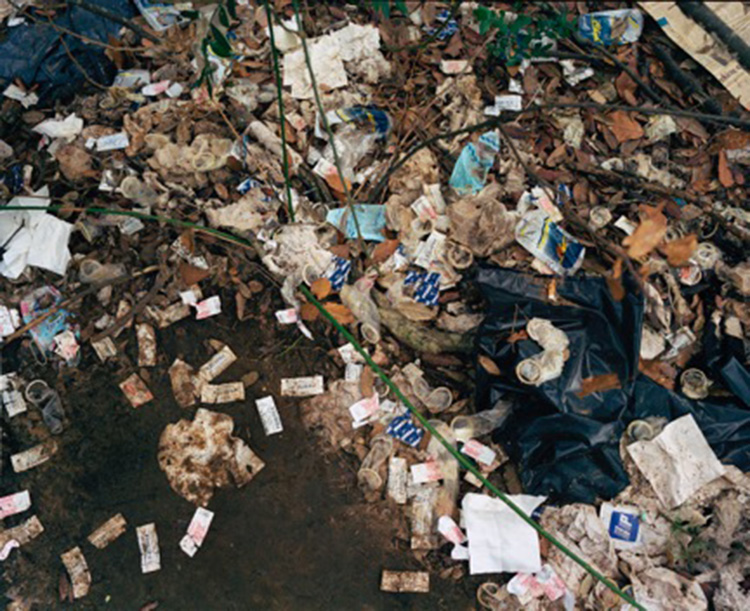 Signs of the transition of customers.