Images are conversational exercises. Some of them exist as fragments of a whole while others tell an entire narrative. A few years ago, I lost my sense of home. A relationship that had had the appearance of being immortal, forever existent, unraveled at the seams. The threads that had once created my safety net now lay around me in tatters, and I too, it seemed, was shorn apart. Lost in a haze of self-doubt, I searched for meaning in my life, for some evidence of how I had made the decisions that had led me to this place. Nobody could tell me how I had become the ‘me’ that felt most like myself.

I started to think about the idea of home, thinking about the fact that I was looking for a physical and mental space in which I felt like the best version of myself. Speaking to those around me about their homes, through my camera I found imprinted a new meaning, refreshing ideas to which I could anchor myself ; the spaces we use to shield ourselves, and the spaces that we sometimes use to escape to ourselves. The more I asked people around me, the more I realised that home is hardly a building or a structure alone. ‘Home’ is the search for our own selves.

Aren’t we always looking to find that space which we can claim to belong to, the space that can claim us as much as we can claim it? This collection of photographs is a glimpse of the homes of people I have come across in my travels. The series tries to document the connections made with fragments as well as moments of erasure. In the sensitivities and arrangements of other people’s homes, I began to find my own again. In finding their homes, I found my connection with the world. And I hope this journey will take me to where I belong.

In order to make a connection between a sentiment and an image, we may ponder whether over the past several years, the developments in photography have shown us a tangible connection between analog thinking and digital practice? Are there any such divides that are relevant in a world filled with personal images? Or perhaps at a more physical level, does the primacy of an image have to do with the fact that it is proven that humans have a neurological condition where the image has the most lasting effect…than those managed by all the other senses? The image takes precedence, as an instinct for its endurance above touch, sound and taste. If every photograph matters because visuals have a stronger effect, then every image is testimony to the knowledge that there is always more to desire from what is out there and demand from ones-self as a voyeur, a surveyor, an observer or a witness to change.

Inside a box of dark chiseled wood,
amid the smells of old leather
and tarnished silver,
there is yellowing paper,
fading like translucent petals.
There are moth-eaten scraps of purple silk
and a secret,
curled tight like a ball.

It lies in the darkness and warmth
breathing the dust of decades past
waiting for that moment
when, unencumbered,
and least expected,
it will stretch its wings,
shaking cobwebs and sleep
from hungry, rattling bones.

From the belly of the beast there is only this –
memories of home that dissolve like smoke.

Open the window –
Take flight! Take flight!
these moths of dust,
this sharp smell of camphor,
the blossom
of glossy feathers,
in a sudden burst of life
all rise!
There are no marble roots,
nothing to hold you back,
nothing for miles and miles.

All images from the series What is Home? Digital, 35mm film and medium format negative 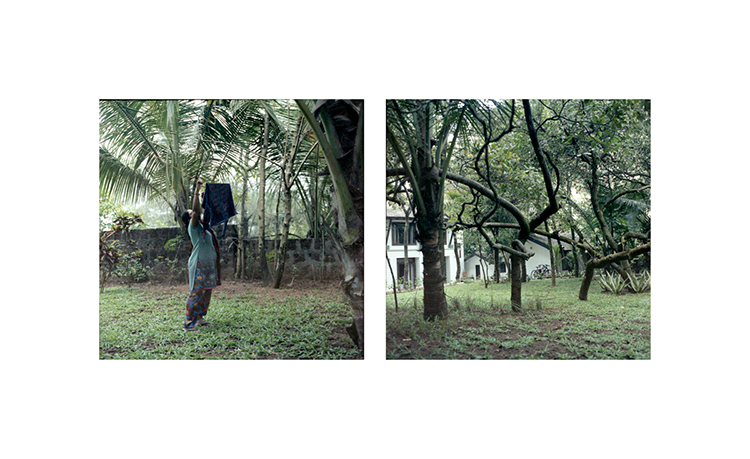