Change has never come for the better in Susta. Especially when the change is so literal that it is constantly transforming its geographical landscape into a vast river bank and a field for political disputes between two nations, namely Nepal and India, leaving the small village in a constant state of limbo. Susta was once perched firmly on the west bank of the Narayani River, which has long been considered the border between Nepal and India. But with the river changing course, and cutting persistently into Nepali territory, the village today finds itself on the east of the Narayani. India maintains that the new course of the river is the boundary between the nations while Nepal disagrees, making Susta a small, contested portion of Nepal within India, surrounded on three sides by Indian land, and on the fourth by the Narayani. The original settlers now express anger at the fact that they have been sidelined by both India and Nepal.

The flood of 1980 shifted the land to the east, displacing the whole village in the process. The government gave each family a small plot of land in nearby villages of Triveni Susta VDC for temporary settlement, but this generosity was limited to those with Nepali citizenship. There were quite a few who were originally from India, and others needing a place to hide. After the floodwaters receded, the people who were not given land parcels started returning to Susta, although it was now nothing but sand and rocks. They worked in these barren conditions, trying to get whatever little they could out of the land. Meanwhile, the Border Security Force of India was gradually preparing the media quoted, and a few reports on incidents from the recent past allowing me to acquaint myself with a few names. But to actually be there, and to see the place, the people and their pain firsthand, meant I was suddenly immersed in Susta’s past, and more importantly, its future to encroach on Susta. It is estimated that 14,860 hectares have been appropriated through Indian encroachment thus far.

What I found in Susta left me dumbfounded. I had essentially nothing but the numbers that I could sense a sort of triangular tension between the people currently living in Susta, those who had been displaced in the past and the Indian authorities. But what are the issues that will be left to resolve if the land itself doesn’t exist anymore?

All images from the series Change of Course, Susta and Narayani River, 2012 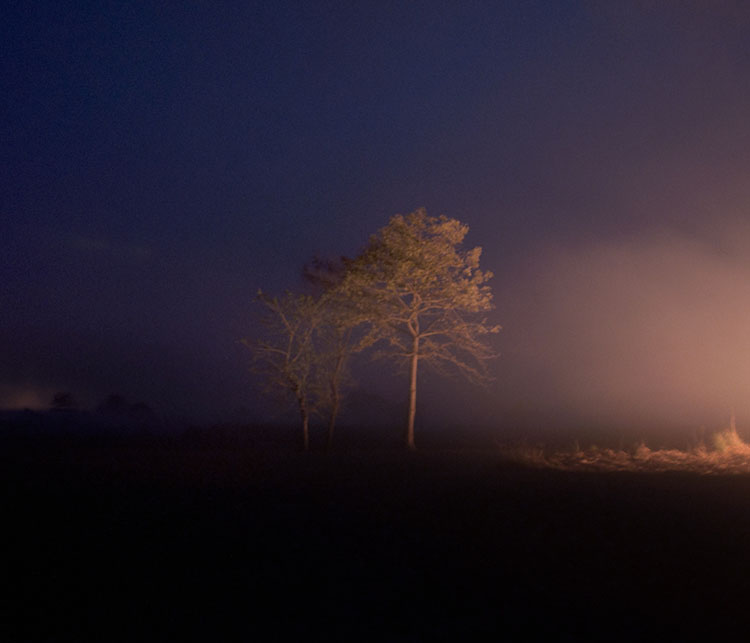 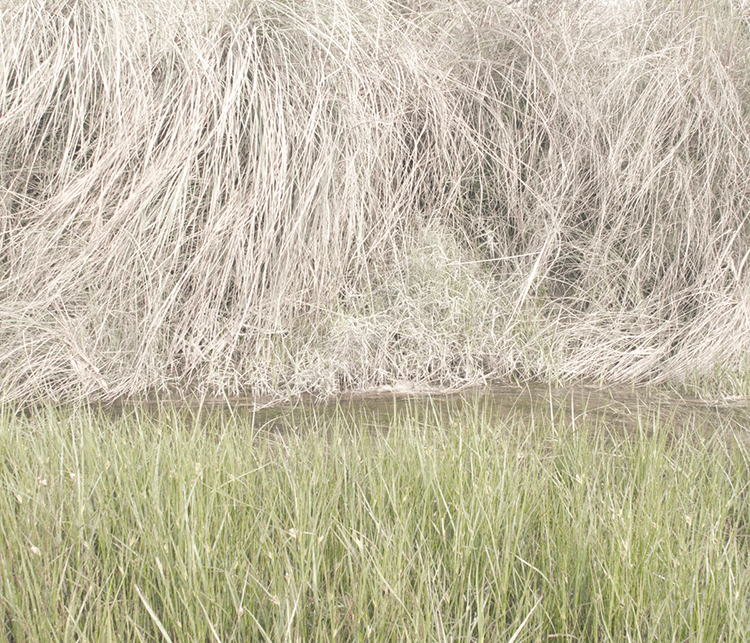 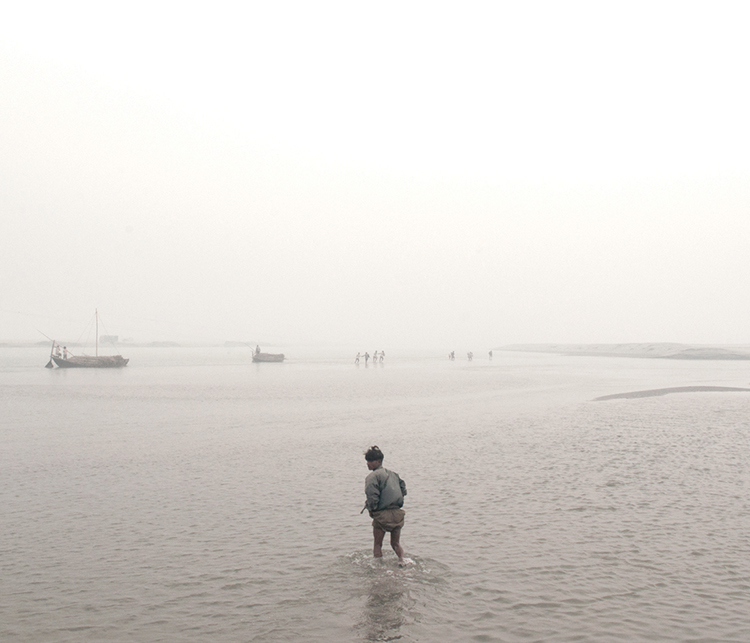 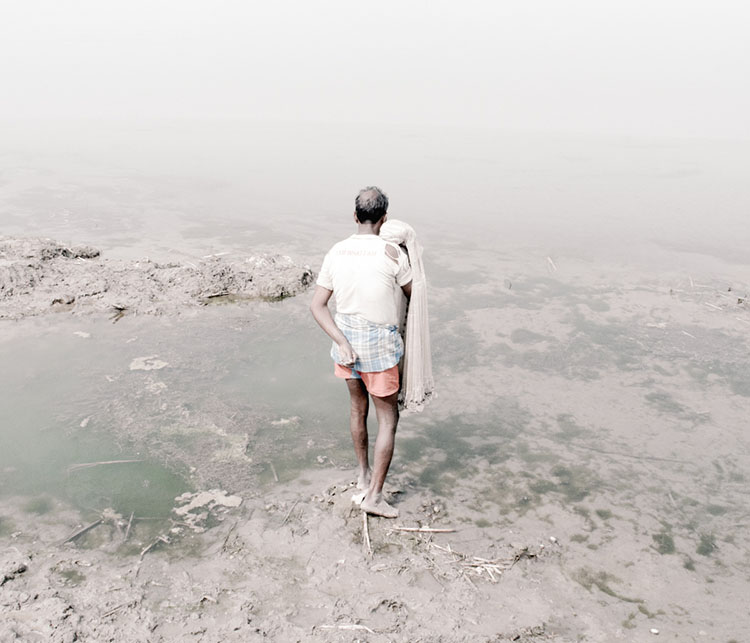 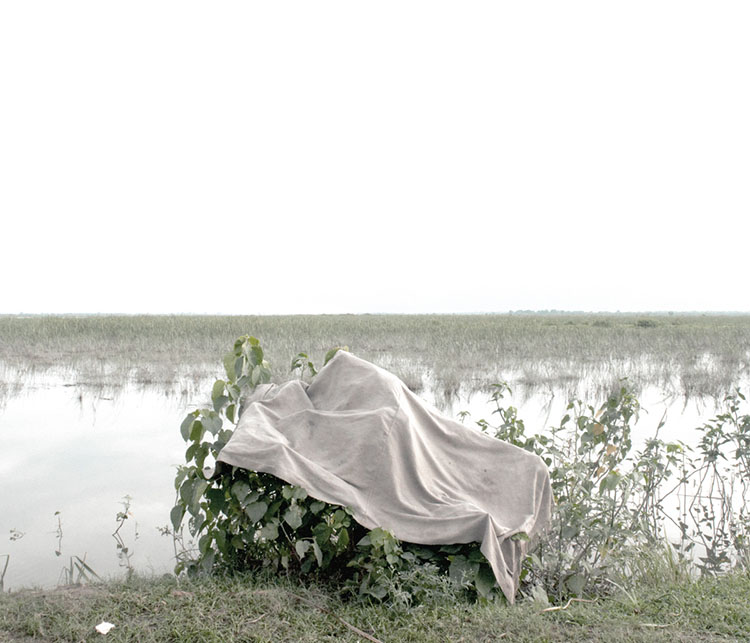 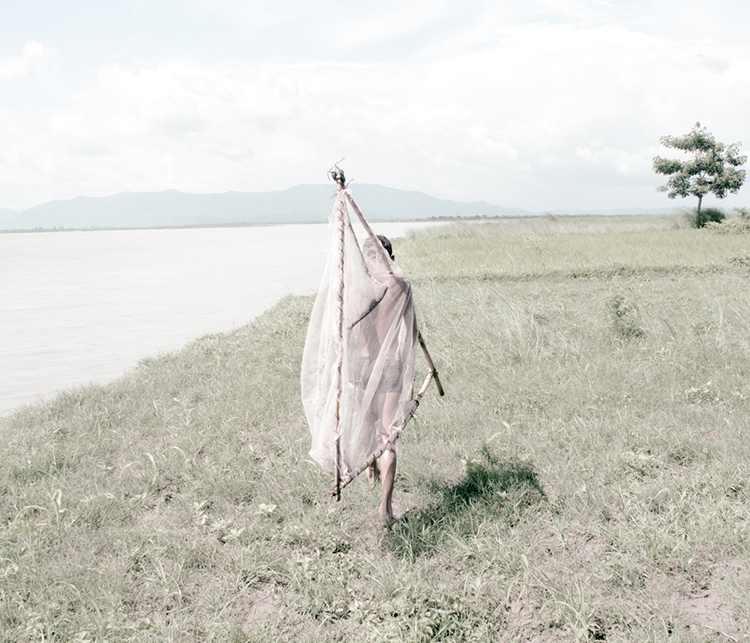 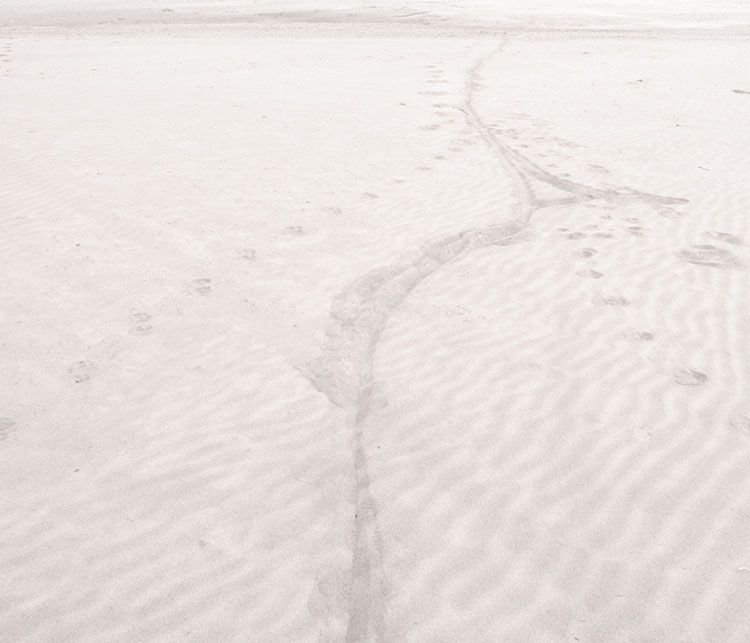 Not precise line of horizon but distance to be scanned
for the absent. Not bodies but limbs, battered and bleached

like driftwood. We count our belongings. Counting
will hold life together. If we found granaries underwater,

would I raid yours? Press your ear to my chest for proof.
I see bits of roof, children floating on them as if on baskets,

the exhausted jigging of a goat in your arms. Sewage shawls
my legs. I see theft in slips of paper, in thumb prints,

in logos of wheels and eagles. Not relief but this ribbed stretch
of bodies, this boredom gritting its teeth. My stomach opens

and closes like a door. I see the backs of a thousand men.
They gloam like twilight, step over me in the dark.

Not rescue but to be visible. To seep through like damp
into a room warm with food and light. To prevail.